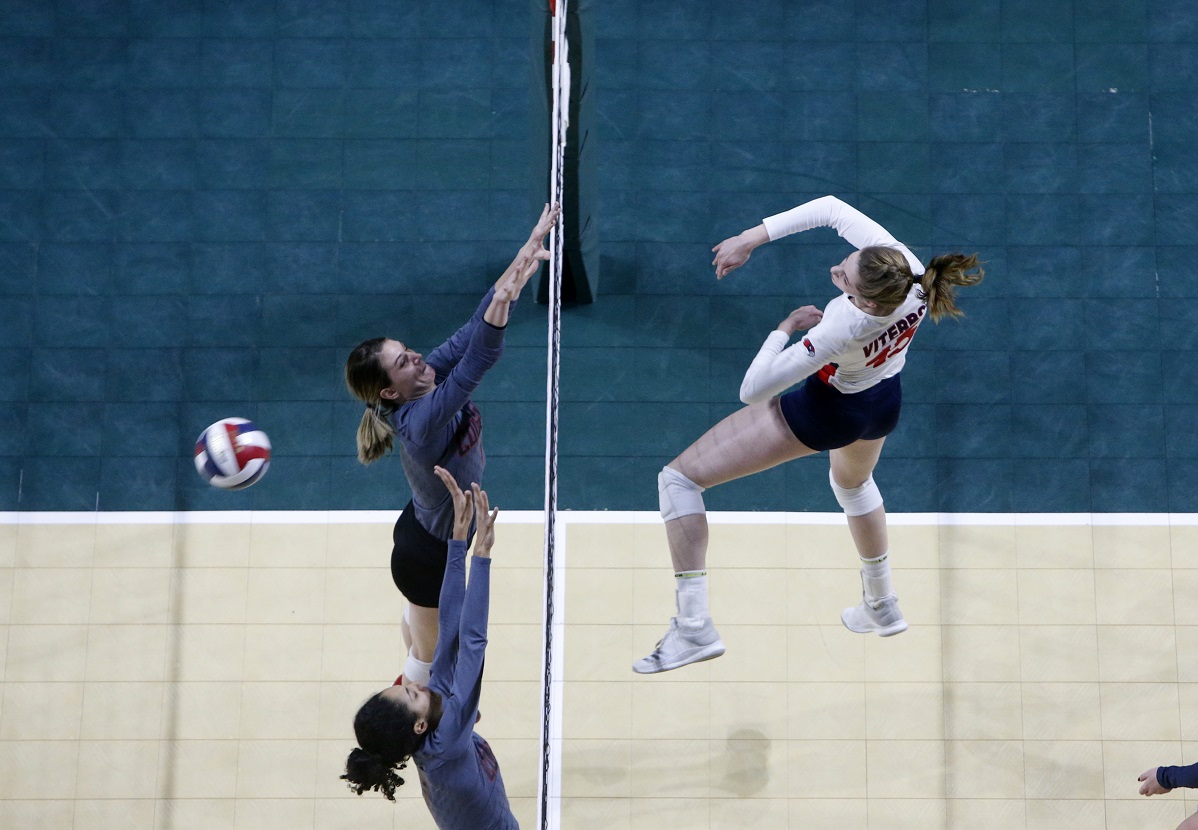 SIOUX CITY, Iowa — Three on the Viterbo University volleyball team finished with double-digit kills in taking the first game of the NAIA tournament.

Chloe Jakscht had 24 assists, Lauryn Sobasky added 16 assists, eight digs and two aces and Katie Frohmader added 11 digs and five aces for the V-Hawks (30-6), who play at 2 p.m. Wednesday against 24th-ranked Jamestown (22-8) in the second round of pool play.

Viterbo needs to finish in the top two of its four-team pool to move onto the Sweet 16 in the NAIA tournament. The V-Hawks have been to the Final Four each of the past three seasons. At 4 p.m. Thursday, Viterbo plays 10th-ranked Southern Oregon (26-3) to wrap up pool play.

Also in double digits Tuesday for Viterbo was Rachel Frankowski with 13 digs and Maya Roberts with 11 kills.