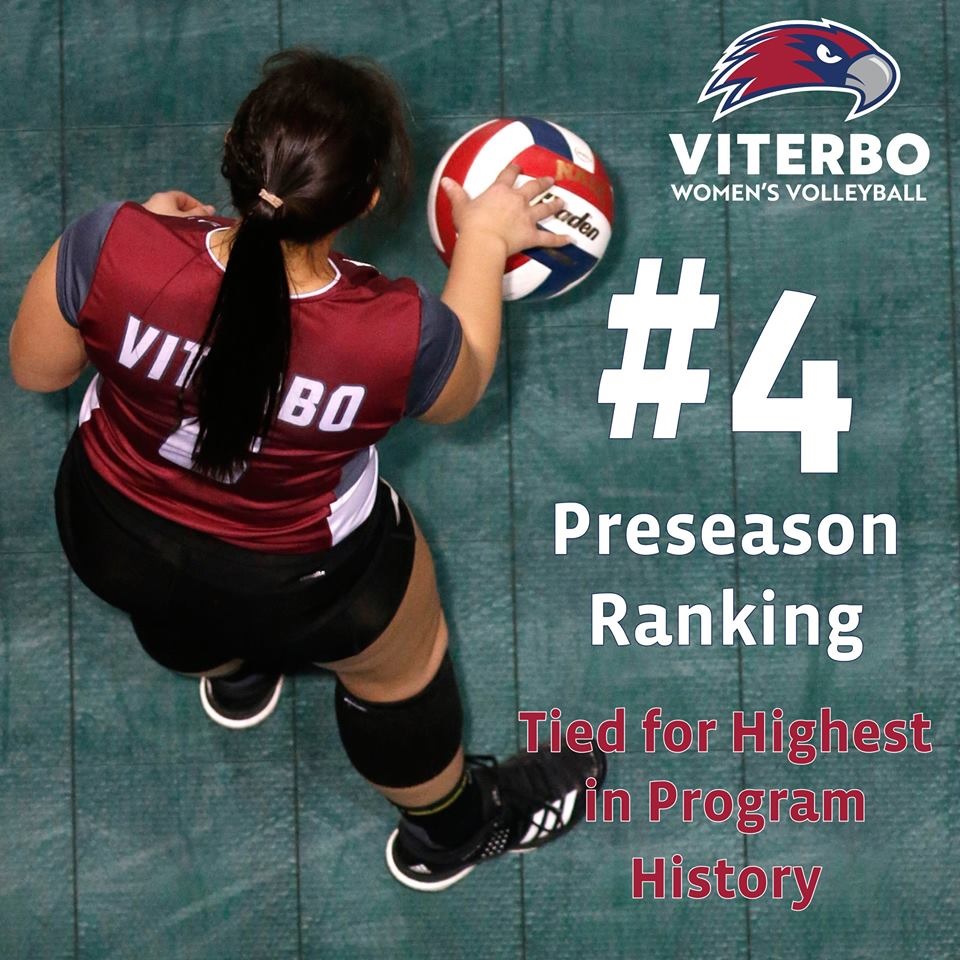 Despite losing one of its best hitters, setters and liberos in school history to graduation, the Viterbo University women’s volleyball team heads into the season ranked No. 4 in the NAIA — its highest-ever preseason rank.

The NAIA, which released the preseason rankings Tuesday, does weekly polls throughout the season and the playoffs, including a final postseason ranking.

Heading into the Thursday’s season-opener at the Evangel Tip-off Classic in Springfield, Mo., Viterbo will have to replace its top hitter, setter and libero.

The V-Hawks open at home the next weekend (Aug. 24-25) with the Holiday Inn Express preseason tournament.