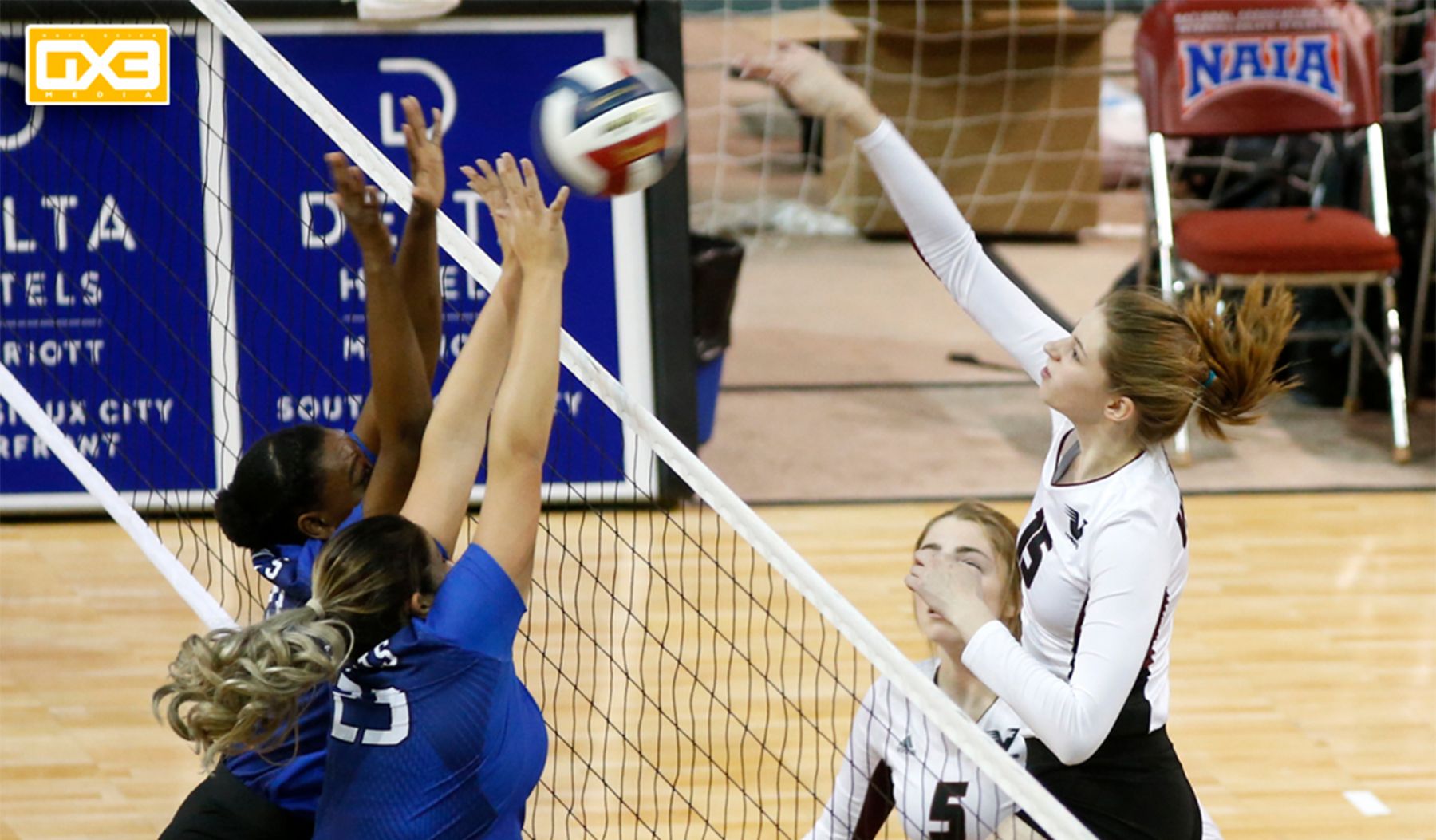 No. 2 Viterbo looking to sweep pool Thursday, headed to Sweet 16

No. 2 Viterbo looking to sweep pool Thursday, headed to Sweet 16

SIOUX CITY, Iowa – The Viterbo University volleyball team is well on its way to winning its pool in the NAIA tournament.

At 4 p.m. Thursday, the V-Hawks (36-1) look to sweep its pool against No. 15 Eastern Oregon (24-9). Both teams head into the matchup having swept their first two opponents.

There will be a viewing party for the game on the Viterbo campus at the Nursing Center, room 195.

After that, Viterbo will move on to the Sweet 16 – the single-elimination portion of the tournament – beginning Friday. At that point, Viterbo will play until its eliminated. Two games are scheduled Thursday with the semifinal and championship Saturday.

Wednesday against Georgetown (21-6), Aubrey Aspen had 12 kills, while teammate Natalie Geidel added 11. Amelia Grahn finished with 33 assists and eight digs for the V-Hawks.