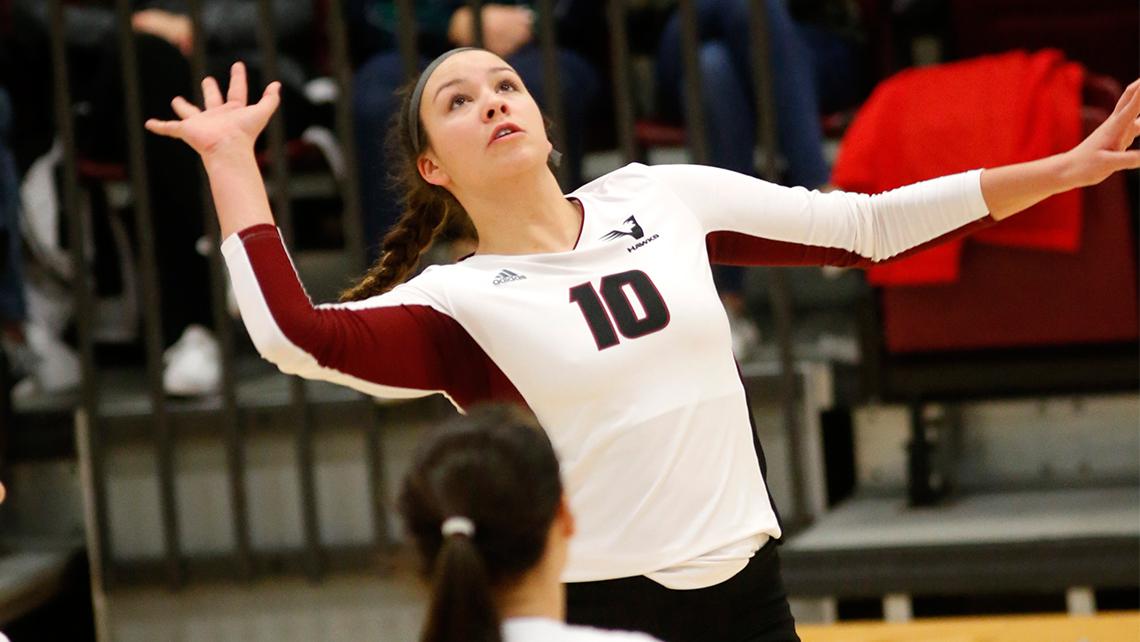 The Viterbo University women’s volleyball team will put its 64-match home win streak on the line in a tournament this weekend.

The fourth-ranked V-Hawks play at noon and 6 p.m. Friday and again at 10 a.m. and 4 p.m. Saturday at Viterbo’s R.W. Beggs Sr. Gymnasium, as part of the Holiday Inn Express Preseason Classic.

Viterbo opened the year 3-0, after tournament last weekend in Springfield, Mo., that included wins against both the 11th- and 3rd-ranked teams in the NAIA.

*PHOTO: Viterbo sophomore Miah Garant, who was named the NSAA attack of the week. (ViterboAthletics.com)