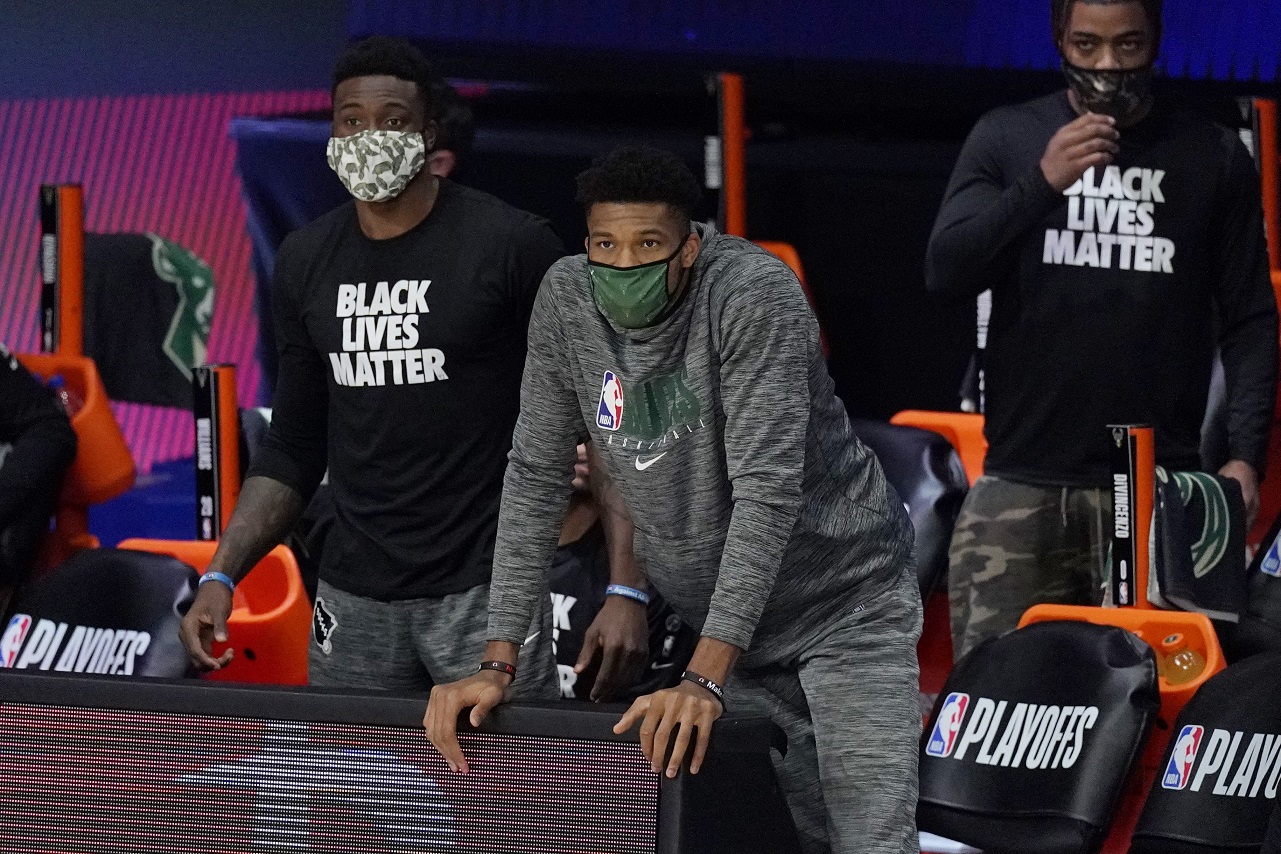 Heading into Game 5 between the Milwaukee Bucks-Miami Heat, the Ringer published an article on how Giannis Antetokounmpo needs to demand more of the organization or force his way out.

Since it was published, the Bucks were eliminated from the playoffs — and we’ll get to Antetokounmpo’s comments toward the end — but let’s take a look at some peculiar things in the Ringer article.

First, and not so important, but the author doesn’t refer to him as Antetokounmpo, instead writing Giannis — as if he’s lazy. Or they’re on a first-name basis.

Which brings up point No. 2: The Ringer is the product of Bill Simmons, proud Boston Celtics fan, who will stop at nothing to bring Giannis (See what I did there?) to his Celtics.

So, Bucks fans must think about the Ringer like it’s the Russians, sowing discord into American politics to create chaos. The Communist Ringer is doing the same, spreading half-truths and trying to divide the Milwaukee Bucks organization and fan base, to create chaos.

Maybe it’s not the worst thing.

The article tries to pit Milwaukee coach Mike Budenholzer against Antetokounmpo over who he guarded and how many minutes he and others played.

It then tries to pit Antetokounmpo against the organization itself, including letting Malcolm Brogdon walk, a point that was made multiple times on WKTY dating back to when it happened July of 2019.

But, before rehashing that point, the article says Milwaukee didn’t match the Indiana Pacers four-year, $85-million offer for the restricted-free agent Brogdon. While true, it never mentions the Bucks then did a sign-and-trade with Indiana to get a protected first-round and two future second-round picks back.

Ringer-Russian discord or not, the Brogdon deal may be worth rehashing for one reason. Bucks players, fans could demand its billionaire owners do everything in their power to surround Antetokounmpo with talent — again — rather than worry about staying under the luxury tax.

I mean, this is the problem with American politics already, it’s controlled by the billionaires, while the majority’s voices are left unheard.

After those horrendous deals, Bucks management burned first-round pick after first-round pick to get out from under those contracts so they could lock up Khris Middleton, Brook Lopez and … let Brogdon walk?

This doesn’t take into account letting No. 2 overall pick Jabari Parker leave. A deal that turned out to be smart, but was it smart or billionaires cost cutting again?

From the outside, the Brogdon trade looks like a deal to save money. It could be that he was an old three-year veteran (27) and injury prone, so not worth locking up long term for $85 million. Though getting a guy in his 27-31 years seems like his prime.

So, the easiest thing to do, to sow discord, is point to a Brogdon trade in July of 2019 as to why Milwaukee lost in five games to the Miami Heat … after having the best record in the NBA, the best defense, the defensive player of the year and, likely, a back-to-back MVP.

It also could be the Bucks took 4.5 months off during a global pandemic and never got back to form. Or that the Heat were a team scheming the entire year on how to beat Antetokounmpo, and it worked.

It’s only worth looking back, if ownership doesn’t put up the cash this offseason, the last season in which the Bucks have Antetokounmpo under contract.

For what it’s worth, Antetokounmpo has always said the right things about staying in Milwaukee, including after the Game 5 loss.

Asked, essentially, about holding out, forcing a trade next season, Antetokounmpo told Yahoo Sports, “It’s not happening. That’s not happening. If winning a championship was easy, everyone would have one. We lost. Everyone saw that we lost. It’s disappointing, but what are we going to do? We’re going to keep working. I’ve got confidence in my teammates.”

The 25-year-old will be offered the super-max extension (five years, $254 million) from Milwaukee as soon as it’s able. He likely won’t sign it, because there’s no reason to, which will open the door for rumors to fly — anything from “he’s leaving” to “the Bucks are trading for Chris Paul.“