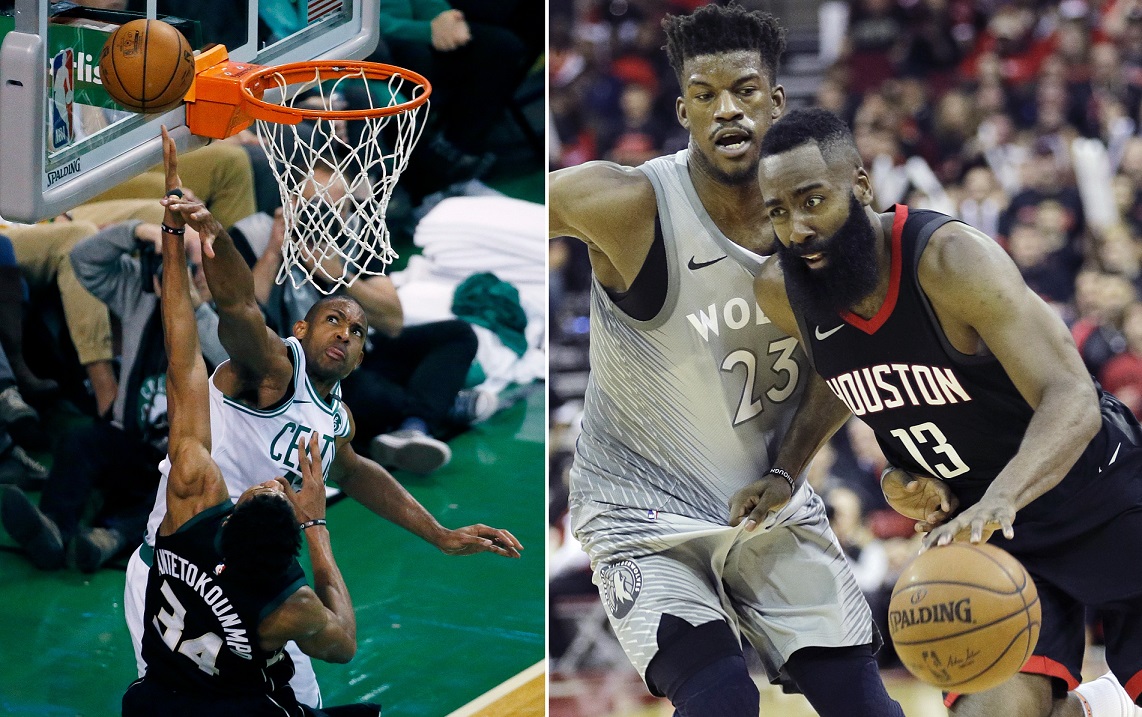 The weather may have sucked in the midwest for mid-April but it sure was great for those who needed an excuse to watch eight NBA games.

It’s hard to know how to feel after the Milwaukee Bucks and Minnesota Timberwolves losses. But, let’s just call it another installment of Rick Poops On: Bucks and Timberwolves edition.

Sunday was frustrating as a Bucks fan. I did scream, “Ahhh!” when Khris Middleton hit that 3-pointer to force overtime.

I also screamed a different kind of “Ahhh!” during many other parts of the game — mainly everything Eric Bledsoe did. The 28-year-old should thank Middleton for tying the game, or he would have had a rough couple days for that Terry Rozier 3-pointer.

From what I could tell late, the Bucks can thank the comeback partially to their defense, partially to the Celtics playing not to lose — as opposed to playing to win — and mostly because they were in the bonus for much of the fourth quarter, because their offense is horrific.

Jabari Parker shouldn’t be playing 3 less minutes than 40-year-old Jason Terry. And Tony Snell doesn’t need to play anymore. He makes $10 million a year to clap on the 3-point line. He’s 7-for-28 from beyond the arc in April. Sure, he’s there for defense but I’m pretty sure Parker can hang with Marcus Morris just as well as Snell. It’s Marcus Morris.

Speaking of making $10 million a year (for two more seasons after this one), Matthew Dellavedova didn’t play one minute.

If there’s one thing I couldn’t stand about the playoffs, was watching Delly come in and take out the opponent’s best player on some cheap foul at half court.

But he’s on the Bucks now. He’s our guy. It’s the one thing he does well. Can’t he come in and slide under one of those Jayson Tatum jumpers, spraining the rookie’s ankle as he lands Delly’s foot? Or, more to Delly’s expertise, can’t he dive into Tatum’s knees going for a loose ball at midcourt?

Malcolm Brogdon missed 32 games this season. He came back for the final two of the regular season (14 and 18 minutes). He played 32 minutes Sunday. Delly, who was in a similar situation, couldn’t come in for a minute? Was his injury going to directly affect his ability to dive at players’ knees? If so, then I understand why he wasn’t out there.

Moving on. I have no idea what happened between Minnesota and Houston.

Karl-Anthony Towns was just 3-for-9 from the field — two of those missed 3-pointers. He scored 8.

Jamal Crawford and Jimmy Butler were both 4-for-11 — despite Butler playing 10 more minutes than the up-and-chucking Crawford. Butler and Towns should probably be more involved offensively but you can’t argue with how close the game was.

Except that it was only close because the Rockets simply missed wide open 3-pointers. They were 10-for-37 (27%).

It is hard to say how the next game will turn out. Towns and Butler should certainly be more involved on offense. And Houston certainly will shoot better — they shot 36.2% from deep as a team this season.

Maybe it’ll be another close one but Minnesota may want to figure out how to stop Harden. OK, nobody has been able to do that, but maybe knock him to the ground one time? If only they had Dellavedova.

Sometimes you can switch Harden with Chris Paul, but the veteran point guard was his usual playoff self — awful … or Eric Bledsoe-like.

But Harden was 15-for-26 from the field, 7-for-12 from deep in scoring 44. He had eight assists and just three turnovers.

You would think elite defender Jimmy Butler and superior athlete Andrew Wiggins — both 6-foot-8— could take turns giving Harden fits. Or at least get up in his beard a little. Instead, the beard did whatever it wanted.

0
0   0
previous ALL THINGS FRANK: Kaminsky's 44 goes to the Wisconsin Badgers rafters
next BLEDSOE on Rozier: "Who? I don't even know who the (bleep) that is."
Related Posts