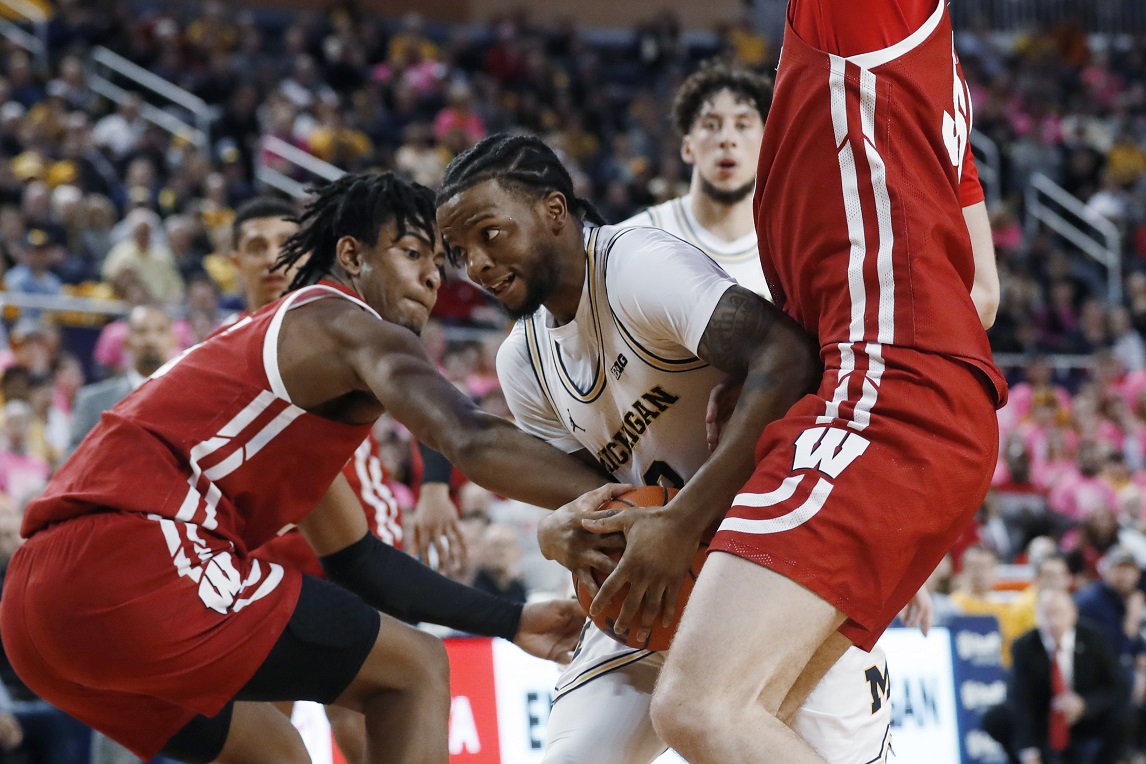 ANN ARBOR, Mich. — The University of Wisconsin men’s basketball team did what not a lot of teams do in the Big Ten — the Badgers won on the road.

Thanks to a couple missed late free throws, Wisconsin won 81-74 at No. 19 Michigan last night.

D’Mitrik Trice scored 28 in helping the Badgers, not only win their fifth consecutive game — they’ve won six of seven since La Crosse native Kobe King announced he was leaving the team — but also snap a Michigan five-game win streak.

All of them chasing No. 9 Maryland (23-5, 13-4), which plays at home against the Spartans on Saturday after nearly being upset at Minnesota on Wednesday.