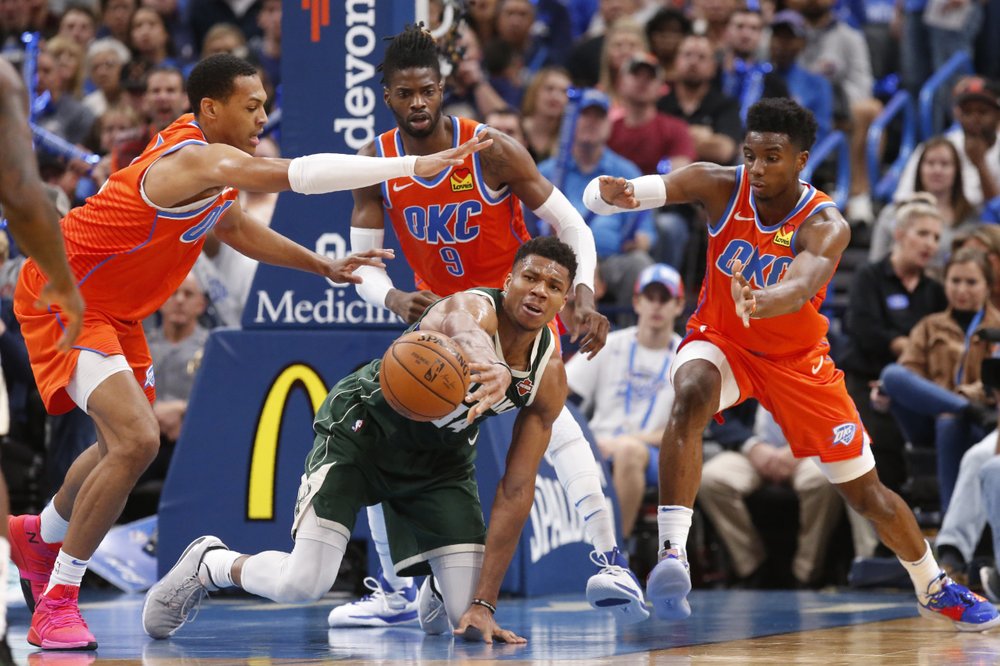 The Milwaukee Bucks are riding high, as they get set to host one of the biggest surprises of the Western Conference on Friday night.

Chris Paul and the Oklahoma City Thunder head to the Fiserv Forum to try and stop the best team in the NBA.

The Bucks just beat their two biggest rivals this past week — the 76ers and Raptors — as a matchup with LeBron James and the Lakers looms, exactly one week out.

Milwaukee is 50-8 overall and 4.5 games ahead of those Lakers for the best record in the NBA.

While it’s Chris Paul that steals most of the attention in OKC, Milwaukee will also have to contend with sophomore Shai Gilgeous-Alexander.

The 21-year-old is averaging 19 points this season and not far off from being one of the best guards in the NBA.

But, he’s not Giannis Antetokounmpo just yet. The 25-year-old reigning MVP looks to repeat that honor again, and doing so playing under 30 minutes a game, averaging 30 points, 14 rebounds.

Antetokounmpo has the Bucks on pace to become just the third 70-win team in NBA history.