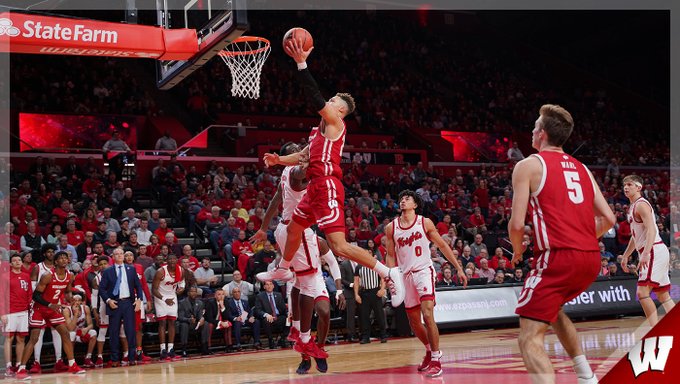 Kobe King scored 18 points but the University of Wisconsin fell to Rutgers, 72-65.

The La Crosse native was 7-for-12 from the field and added three assists, three rebounds and a steal. He was one of only two Badgers in double figures.

The Badgers only got within three points twice in the second half — the last after a Nate Reuvers 3-pointer with 2:04 remaining.

Rutgers answered with a 7-1 run to put things out of reach.

The 18 from King tied his second highest career point total. He scored 18 earlier this season against Eastern Illinois.

King, a redshirt sophomore, is now averaging 12.1 points for Wisconsin, which hosts UW-Milwaukee on Saturday.

The Badgers are still seeking their first road win of the season as they drop back to .500. They’ll have three more non-conference games, including at No. 19 Tennessee, to improve that record before it’s back to conference play against No. 3 Ohio State.

Rutgers outrebounded Wisconsin 40-26 and 14-3 on the offensive glass, leading to a 23-5 advantage in second-chance points.