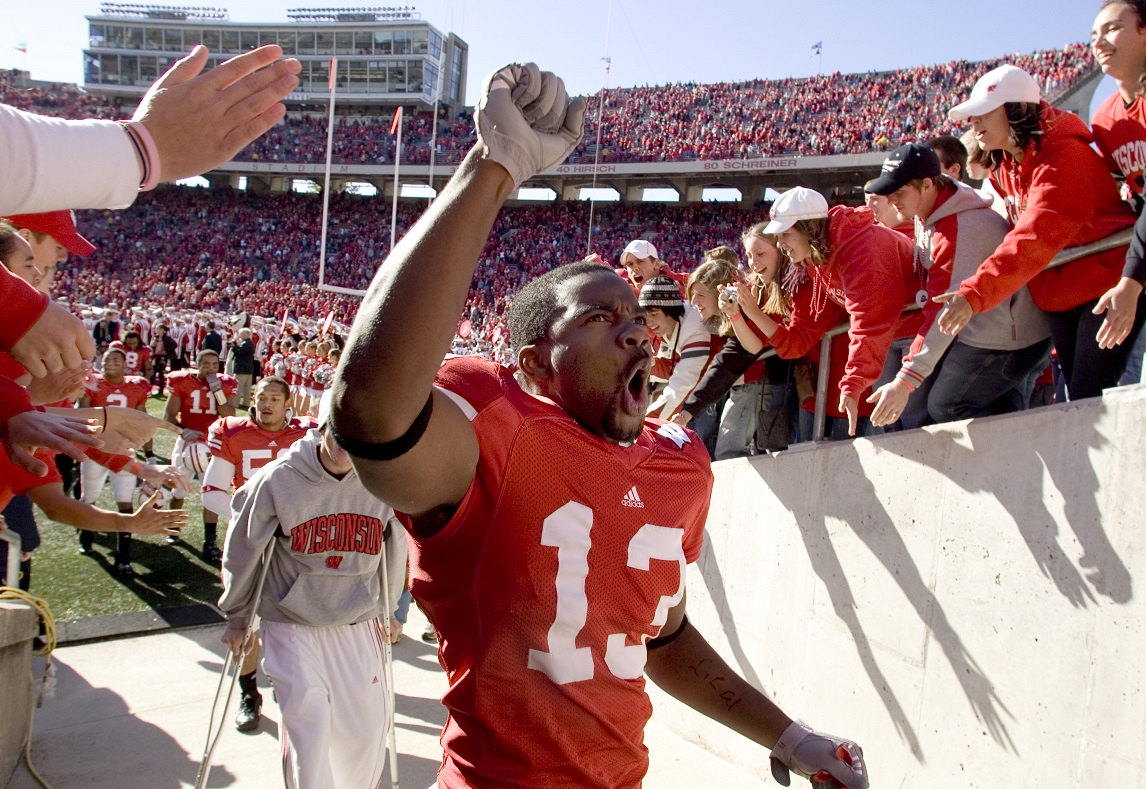 CHICAGO (AP) — A former University of Wisconsin football player who is the brother of a standout in the 2011 Super Bowl surrendered to Chicago police on Saturday in connection with the deaths of two people who were found with gunshot wounds on a road in Janesville, Wisconsin.

Marcus Randle El, 33, turned himself in Saturday afternoon and was charged with two counts of first-degree intentional homicide, Janesville Lt. Charles Aagaard said at a news conference. Officers from the department were in Chicago during the surrender, he said.

A motorist found 30-year-old Seairaha Winchester and 27-year-old Brittany McAdory suffering from multiple gunshot early Monday afternoon. They were taken to a hospital, where they were pronounced dead. Randle El was accused of taking their SUV, which was found in Justice, Illinois, about 30 miles northwest of Randle El’s hometown of Homewood, Illinois.

Randle El’s brother, Antwaan Randle El, was a star quarterback at the University of Indiana and spent nine years with the NFL, including as a receiver for the Pittsburgh Steelers, where he was a standout in their Super Bowl victory. He is currently a member of the Tampa Bay Buccaneers’ coaching staff.

Aagaard said video from early that morning at the T.A. Express gas station showed the two victims leaving in the SUV. He said the investigation had turned up evidence that Randle El was in the area at that time and had planned to meet them.

Illinois Department of Corrections records show Randle El was released from jail on parole in October 2018 after serving time for an incident in 2014 in which he abducted his daughter at gunpoint, WMTV reported.

Randle El played wide receiver for the Wisconsin Badgers from 2004 to 2007. In 2005, he was charged with battery involving a woman on campus and was arrested for battery again later that year after punching a teammate, the TV station reported. He was sentenced to 18 months of probation and ordered to complete anger management.