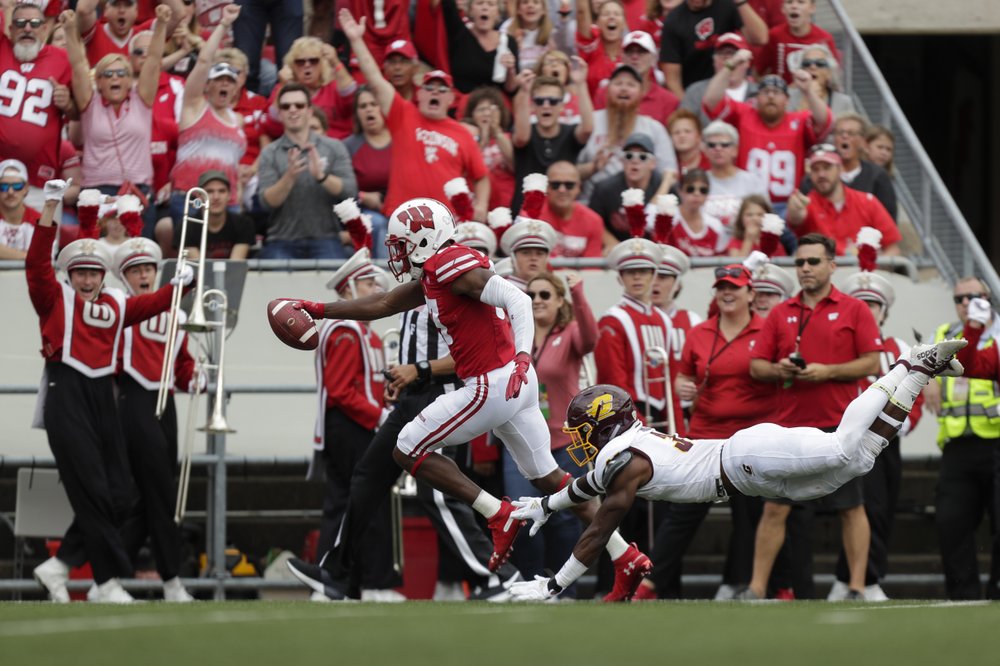 MADISON, Wis. (AP) — Wisconsin is losing its top running back and now its top wide receiver to the NFL.

Three days after running back Jonathan Taylor declared for the NFL draft, now teammate Quintez Cephus is doing the same. The wide receiver announced Monday on Twitter and Instagram that he will skip his senior season to enter the NFL draft.

“I’m excited to put my name in for the draft and to have a chance to play at the highest level,” Cephus said.

Cephus missed the final five games of the Badgers’ 2017 campaign because of a broken right leg and did not play at all in 2018 after being expelled from school following sexual assault charges.

Cephus was acquitted by a jury in August, reinstated by school officials and was ruled academically eligible for 2019.

“I want to thank Coach (Paul) Chryst and Coach (Ted) Gilmore for everything they’ve done for me and for always having my back,” Cephus said. “They’ve helped me grow as a football player and as a man. The same for my teammates. Their support has meant everything.”

TOP PHOTO: FILE – In this Sept. 7, 2019, file photo, Wisconsin wide receiver Quintez Cephus scores a touchdown against Central Michigan during the first half of an NCAA college football game, in Madison, Wis. Cephus has a team-high 720 yards and six touchdowns on 45 catches and has the 10th-ranked Badgers one win away from capturing their first Big Ten championship since 2012. But less than four months ago, football was gone, and all Cephus had was his faith and his family. (AP Photo/Andy Manis, File)