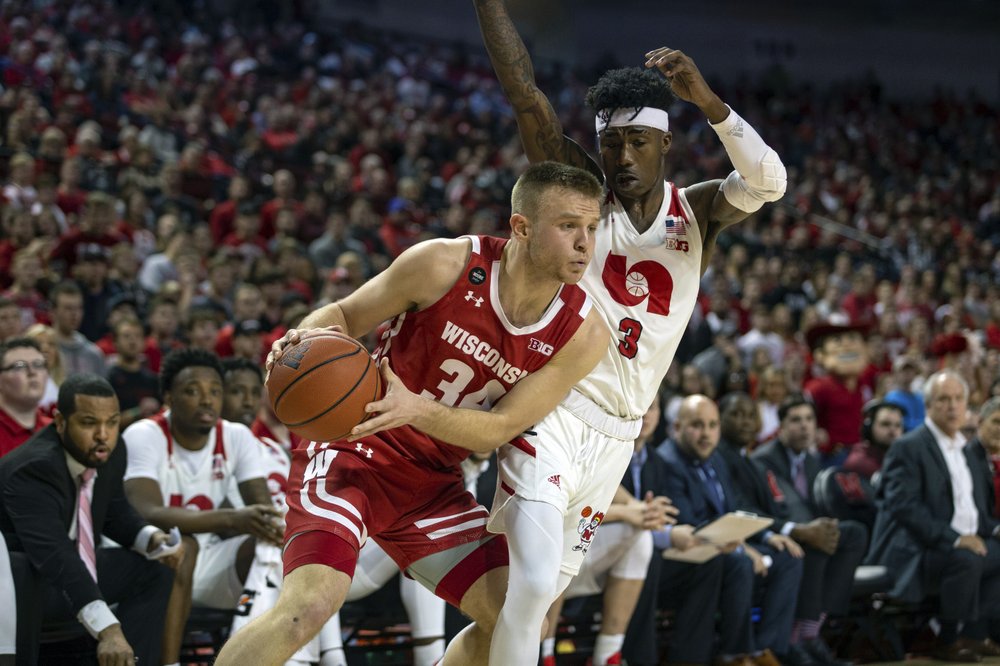 LINCOLN, Neb. (AP) — Brad Davison couldn’t hit a shot in practice the last two days, but that changed Saturday when he scored 30 points on 8-of-11 3-point shooting to lead Wisconsin to an 81-64 win and send Nebraska to its school-record tying 10th straight loss 81-64 on Saturday.

“I’ve shot the ball really well outside of practice and games the last couple of weeks but some something about the games and practices that it gets me — that’s a joke,” Davison said. “My teammates found me in really good spots. We did a great job moving the ball. They were trying to double get the ball out of Nate (Reuvers) and Micah (Potter’s) hands inside. So I got really good looks and take advantage of them.”

Two of Davison’s 3-pointers came as Wisconsin took control of the game with a 21-2 early second-half run.

Nebraska (7-18, 2-12) stopped the damage with a Thor Thorbjarnsen 3-pointer that ended a nearly five minute scoring drought. The Huskers cut the lead to 65-55 on Kevin Cross’s free throw with 7:46 left.

Wisconsin coach Greg Gard said Wisconsin’s second half dominance came on the defensive end of the floor, just as it did three weeks ago when the Badgers scored the first 10 points in the second half to take control of a close game against Nebraska in Madison.

“Ironically, the score was exactly the same,39-38 at halftime, so there was a lot of reminders of that,” Gard said. “In the second half, we were more in tune defensively. … We made some steps forward in the second half and were able to get them under control a little bit and get some offense from our defense.”

Behind Davison, Wisconsin, which averages eight 3-pointers a game, finished with 15 on 31 attempts.

The Wisconsin 3-pointers were one of the keys to the game, said Nebraska coach Fred Hoiberg, who also noted the resemblance to the January loss to the Badgers.

“The second half, the urgency wasn’t there,” Hoiberg said. “A lot of that was due to our inability to finish at the rim. We were 1 for 11 at the rim between the second and third media timeouts. What that does is it really hurts your floor balance and transition that that’s where a lot of those threes were made.”

Wisconsin: It is the ninth time that Wisconsin has hit double digit shots from behind the arc this season. The Badgers hit a school record 18 3-pointers in their 82-68 win over Nebraska in January.

Nebraska: The Cornhuskers previously lost 10 straight games in the 1944-45 and 1962-63 seasons. The Huskers were coached by Jerry Bush, Hoiberg’s grandfather, in the latter season in which they finished 6-19 and won only one conference game.