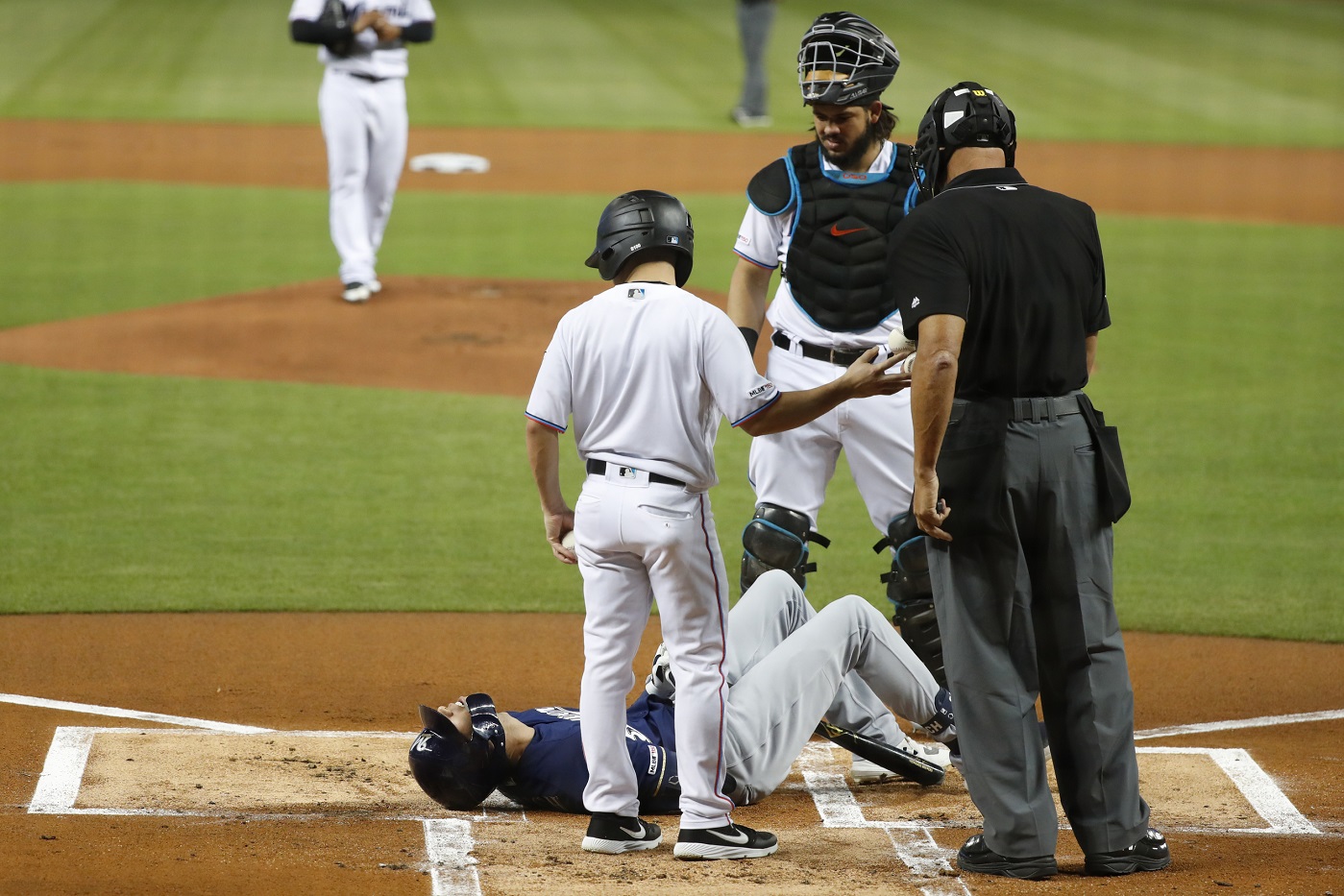 Christian Yelich will be out six weeks with a fractured kneecap, but the 27-year-old won’t need surgery, The Athletic’s Jim Bowden tweeted.

The Milwaukee Brewers outfielder suffered the injury fouling a pitch off his right knee during the first inning of Tuesday’s game against the Miami Marlins.

After Wednesday’s 7-5 win over the Marlins, Ryan Braun said he was wearing Yelich’s jersey under his own during the game.

“Just for good luck,” Braun told the Milwaukee Journal Sentinel’s Todd Rosiak. “They’re about the same size. It felt a little different, but I was just trying to bring the good vibes.”

Braun added that he’ll do the same for Thursday’s game.

“I think everybody enjoyed it,” he said. “Gave everybody a little laugh before the game. Keep the boys loose. Didn’t necessarily help me personally, but for us as a group, maybe it contributed to our success.”

Yelich, the NL MVP last season, was the favorite to win it again this year.