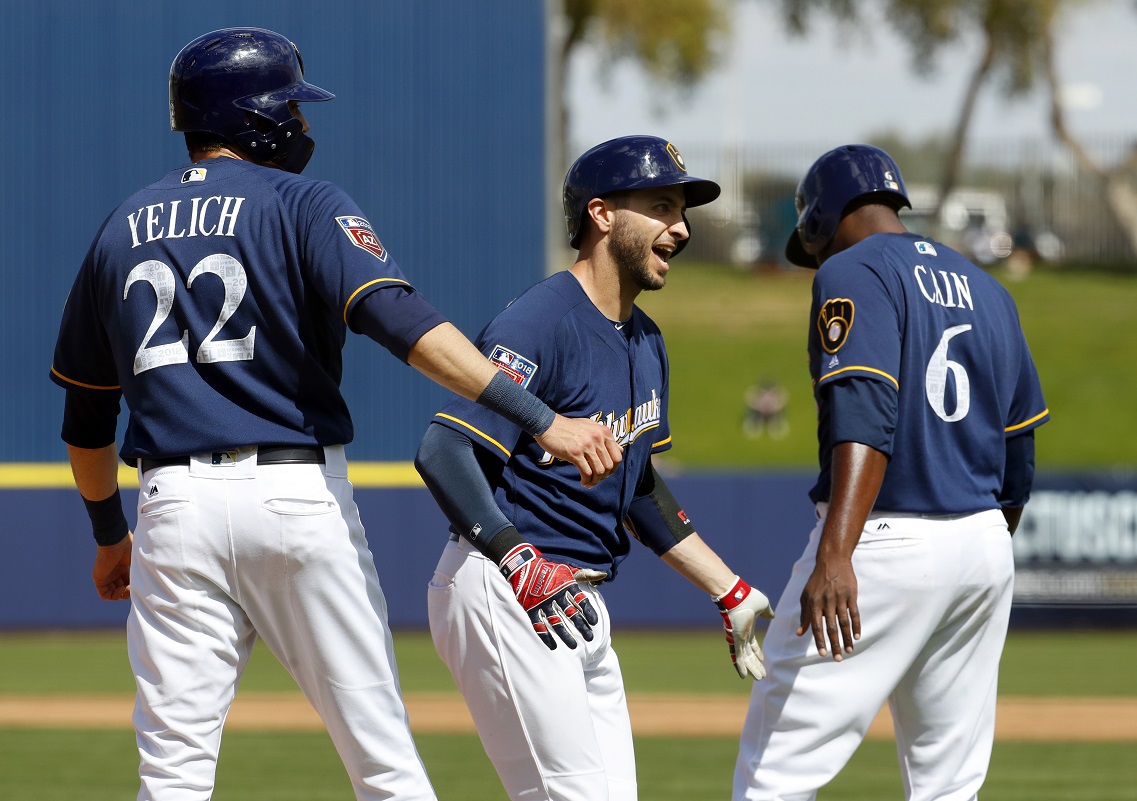 The Brewers could plug him into the No. 2 spot in the lineup, while Yelich has shown the ability to play every outfield position.

“They had a good thing going last year and fell just a little short” of the playoffs, Yelich said. “So hopefully we can push over that hump this year and bring some good things to Milwaukee.”

Brewers veteran Ryan Braun has been so impressed with Yelich’s approach that he thinks his new teammate has MVP-type potential.

“He’s a phenomenal athlete: he’s a special player,” Braun said. “The time I’ve seen him so far, he’s even better than I thought he was.

“I think he’s got a chance to be in the running for the MVP race this year. I really think he’s that good,” Braun added.

The 26-year-old Yelich was acquired in offseason deal with the rebuilding Miami Marlins. He made 155 starts in center field last season, ranking first among big league center fielders in fielding percentage (.997). He started 120 games in left field in 2016 and has worked in right field in spring training and could be used there at times to allow Braun to play in left.

The combination of Lorenzo Cain and Yelich will give the Brewers added speed and pop at the top of the lineup.

“Probably the power is the thing that hasn’t completely shown up as far as his numbers,” Brewers manager Craig Counsell said. “At some point in his career it will come. I think it’s going to come organically; it’s not something he has to force. He will just start squaring up more balls and getting better counts.”

Yelich was part of a young Marlins’ core that included slugger Giancarlo Stanton and Marcell Ozuna. Stanton, who led the majors with 59 homers last season and was voted the National League’s MVP, was traded to the New York Yankees this offseason while Ozuna was sent to the Cardinals.

Yelich and Ozuna came up together in the Marlins’ minor league system and remain close, so that could add some fuel to the Cardinals-Brewers rivalry this season.

Cain hit in the leadoff spot in Wednesday’s spring training game against the Chicago White Sox, with Yelich batting second, Braun third and the left-handed hitting Shaw in the fourth spot. Braun hit home runs in his first two at-bats, including a grand slam in the second inning.

“Putting the ball in play helps,” Counsell said. “It’s two guys you hope to give a lot of plate appearances, who are very good offensive players and don’t strike that out often.”