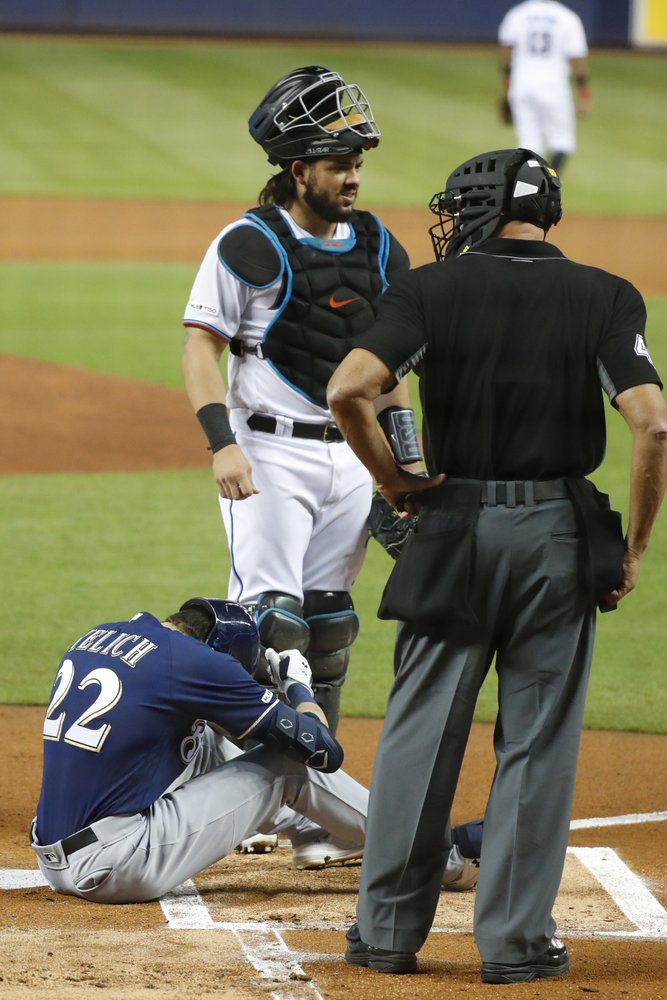 MIAMI (AP) — Milwaukee Brewers star Christian Yelich has broken his kneecap on a foul ball and will miss the rest of the season.

The NL MVP fouled a ball off his right leg Tuesday night in the first inning against Miami. He was on the ground for several minutes before limping off the field.

The Brewers began the day two games behind the Chicago Cubs for the second NL wild-card spot.

Yelich hit .329 with 44 home runs and 97 RBIs along with 30 stolen bases this season. The outfielder was leading the majors in slugging percentage and OPS when he was hurt.

Trent Grisham continued Yelich’s at-bat with a 1-2 count and struck out — the strikeout was charged to Yelich.

0
0   0
previous Tick, tock: OBJ plans to keep wearing lavish ⁠— $200,000 ⁠—watch in games
next Analysis: Change on tap whether NCAA goes along or not
Related Posts