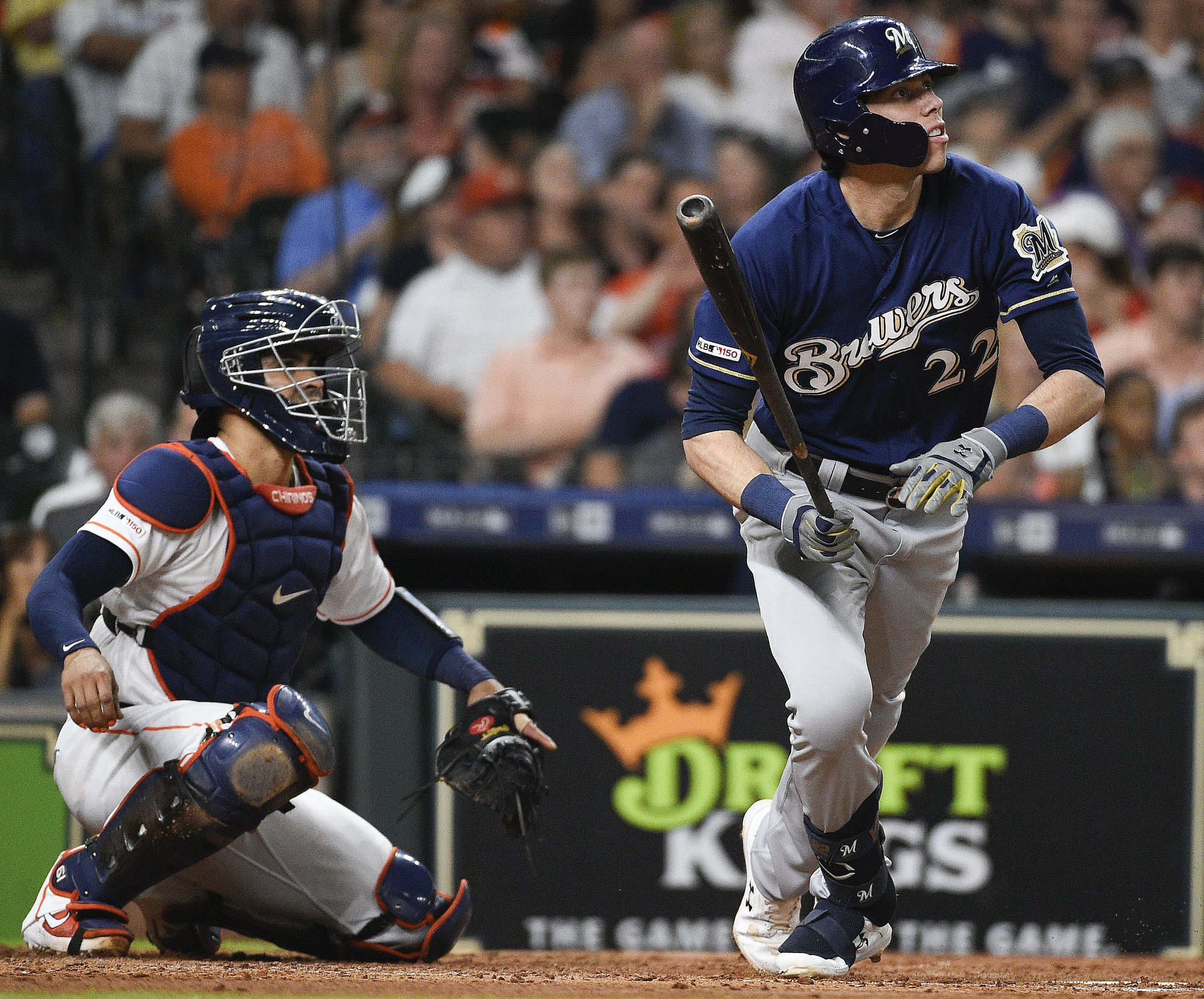 Injured Yelich still in the hunt for batting title

Injured Yelich still in the hunt for batting title

The Milwaukee Brewers are charging toward a playoff spot without Christian Yelich.

And even while injured, Yelich is inching closer to a nice individual honor.

Yelich is currently the National League’s batting leader, although Arizona’s Ketel Marte and Washington’s Anthony Rendon are close on his heels. Out with a fractured kneecap, Yelich can only watch as his team chases a postseason berth. The batting race may not be foremost on his mind, but that’s coming down to the wire too — with Yelich’s .329 average holding the lead.

It would be the second straight batting title for Yelich, who also won NL MVP honors last year. The last player to win back-to-back NL batting titles was Larry Walker in 1998 and 1999.

Yelich winning twice in a row would be particularly impressive given that he has to compete against Colorado players hitting at altitude. Since their first season in 1993, the Rockies have won 11 of the NL’s 26 batting titles. (Trivia question: Name the nine different Colorado players who have won one.)

The American League batting race is pretty much down to Tim Anderson of the White Sox (.334) and DJ LeMahieu of the Yankees (.329).

The home run races are also tight. Pete Alonso of the Mets leads Eugenio Suarez of the Reds 50-48 in the NL. The AL race is tied at 45 between Jorge Soler of the Royals and Mike Trout of the Angels, but the injured Trout is done for the year.

Elsewhere around the majors:

Giants manager Bruce Bochy, who is retiring at the end of the season, earned his 2,000th victory Wednesday night when San Francisco routed Boston 11-3. The Giants had champagne in the clubhouse to celebrate.

Reaching the milestone was not a foregone conclusion by any means. The Giants won 64 games in 2017 and 73 last year, but they’ve already reached 75 in 2019 with a few games still to go.

Nearly half of Bochy’s wins came with San Diego, but his years with the Giants are what stand out, with World Series titles in 2010, 2012 and 2014.

As baseball prepares to take center stage with the start of the postseason, there was troubling news off the field. Pirates closer Felipe Vázquez was arrested on multiple felony charges, including statutory sexual assault, soliciting a child and pornography.

LINE OF THE WEEK

Toronto’s Cavan Biggio hit for the cycle Tuesday in an 8-5 victory over Baltimore. Biggio homered in the third inning, singled in the sixth, doubled in the eighth and tripled in the ninth. The rookie repeated the feat that his father, Hall of Famer Craig Biggio, accomplished in 2002.

The only other father-son duo in major league history to hit for the cycle was Gary and Daryle Ward in 1980 and 2004.