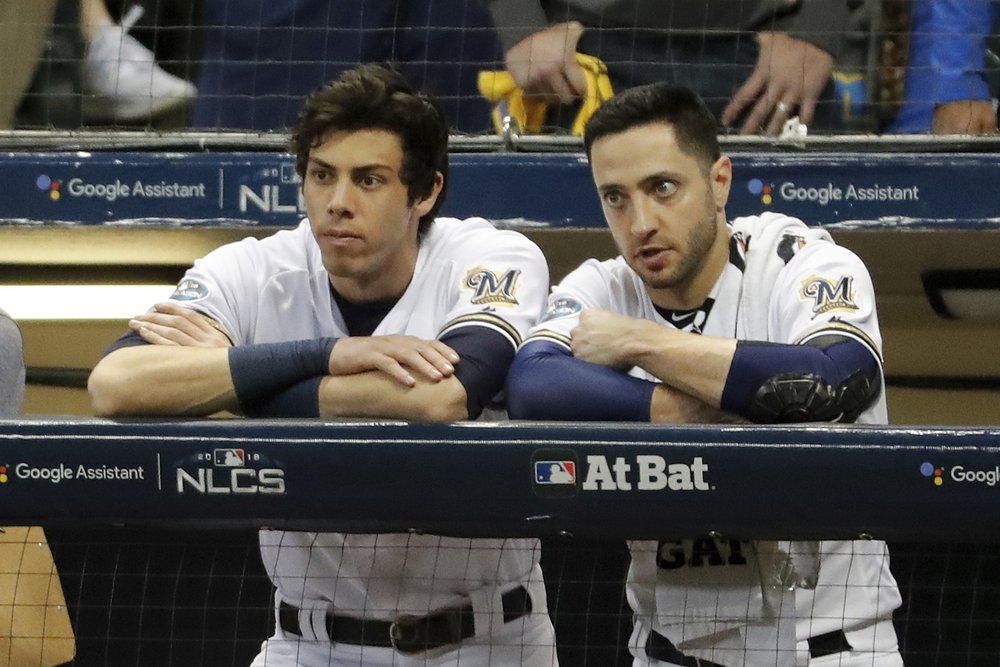 Yelich says he had ‘pity party’ for himself after injury

Yelich says he had ‘pity party’ for himself after injury

MILWAUKEE (AP) — Christian Yelich said he had a “pity party” for himself after fracturing his right kneecap.

Hurt when he fouled off a pitch last week, the reigning NL MVP will miss the rest of the season as the Milwaukee Brewers try to make the playoffs. The projected recovery time for the two-time All-Star outfielder is eight-to-10 weeks, and doctors say surgery is not necessary.

“I think the hardest part of the whole thing was the unknown for about 24 hours,” Yelich said Monday in his first public comments since the injury. “It was a broad spectrum of outcomes and recovery times, depending on what the MRI showed. We got the good news of no surgery. Once I knew that, it was just about getting better and trying to make a full recovery.”

Yelich said it will be difficult to miss playing in the postseason.

“It’s the first time I’ve broken anything in my life or had a real injury,” Yelich said. “It seems to be one of those things that’s not fair at the moment. Trust me, I had my pity party that night at the stadium and I felt terrible. … Trust me, I wish I could have an impact on this race or if we make the playoff, participate in that. But it’s not going to happen. So there’s no point in dwelling on it or letting it get you down.”

Yelich hit .329 with 44 homers, 97 RBIs and 30 stolen bases for the Brewers, who reached Game 7 of last year’s NL Championship Series before losing to the Los Angeles Dodgers.

“For whatever reason, we seem to pull it together in September, and when everything is on the line, we find a way to win,” he said.