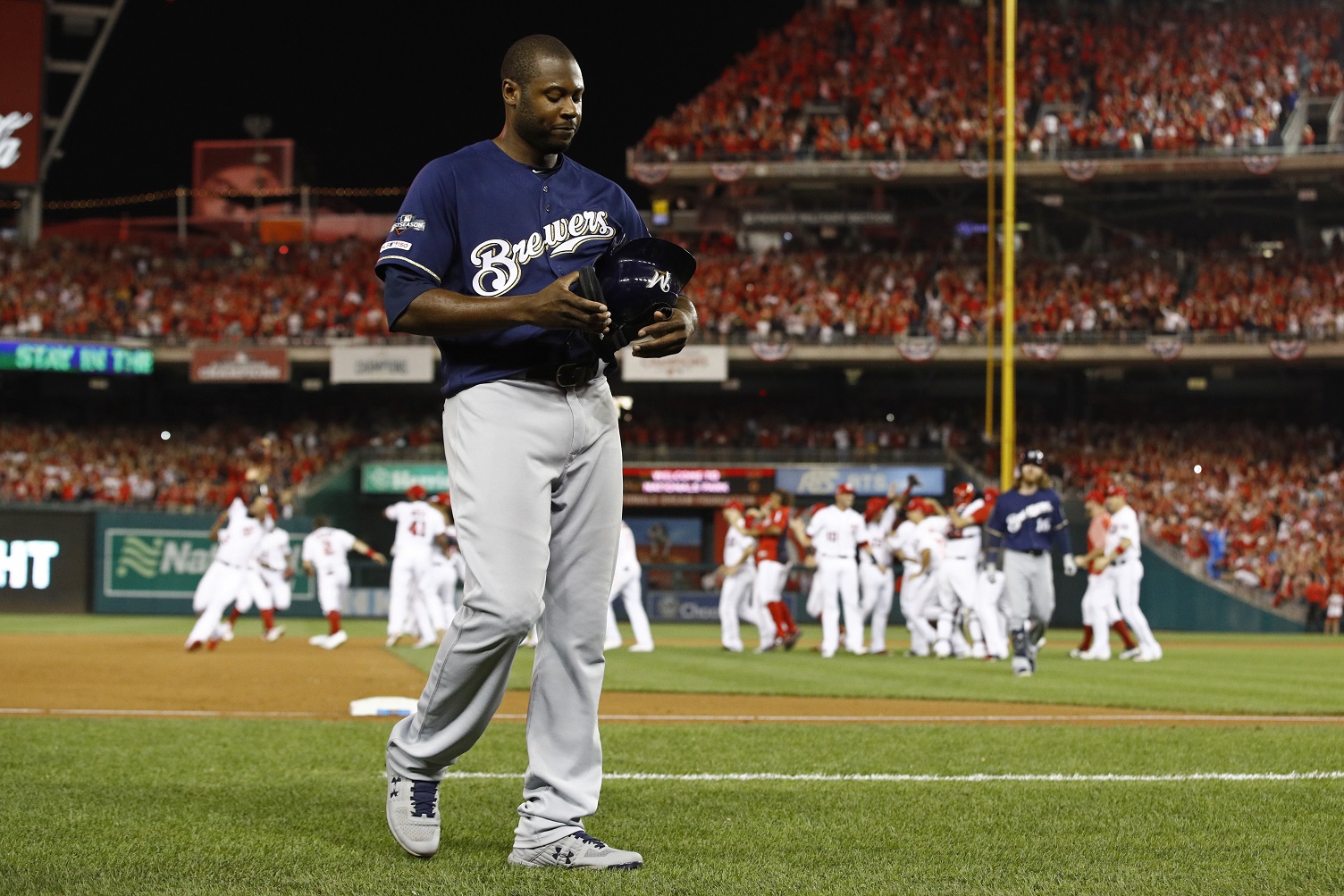 A hit-by-pitch, a bloop and an error ends Brewers’ season

A hit-by-pitch, a bloop and an error ends Brewers’ season

A hit-by-pitch “foul,” a broken bat bloop and a misplay in right. The Milwaukee Brewers season is over.

The irony is, many believed it was over heading into September, when Christian Yelich broke his kneecap and was ruled out for the season.

Somehow, Milwaukee found a way, with an incredible 18-2 run, before losing its final four games. The last, 4-3 at the Washington Nationals in the one-game wildcard.

It ended like this: Josh Hader on the mound. Two outs. A two-run lead. The bases loaded. That’s when Juan Soto lined one to right field.

Speedy Michael Taylor was going to score. Pinch-runner Andrew Stevenson was likely to score, as well.

But the error also allowed Anthony Rendon to step on home plate, giving the Nationals their first and last lead of the game.

While the misplay in right was bad, Washington can thank (the oddity of) “baseball,” for getting into that position.

Hader entered the eighth and got the first batter to strike out on a full count.

On the next at-bat, another full count, Hader hit Taylor simultaneously on his hand and the barrell of the bat.

Umpires reviewed it. Initially called a hit-by-pitch, the ruling was not overturned.

Following the game, Major League Baseball issued a statement: “The ball was initially left in play on the field. After a crew consultation, the crew ruled the play a hit-by-pitch. Milwaukee then challenged the ruling of hit-by-pitch. After review, the Replay Official did not see clear and convincing evidence to overturn the call and ruled ‘stands.'”

Brewers manage Craig Counsell after the game, said, “You don’t get an explanation, that’s part of replay. Honestly, I saw it once quickly on the scoreboard, I wasn’t paying attention to it … Most of our dugout was saying it was really close but thought it hit the bat first and then hit his hand which probably is a foul ball. I thought that should have been the call and kind of what we thought in the dugout what the call was going to be.”

Trea Turner came up next, and drew the count full before striking out.

On a 2-1 count, he blooped a broken bat single to shallow center, just out of Lorenzo Cain’s range to keep the inning alive, before Soto’s “heroics.”

Turner brought the score to 3-1 with a solo shot in the third of Brandon Woodruff.

Scherzer, who pitched for the La Crosse Loggers in 2004, went five innings. He was replaced by Stephen Strasburg, who gave up two hits in three innings, striking out four, before Daniel Hudson closed things out.