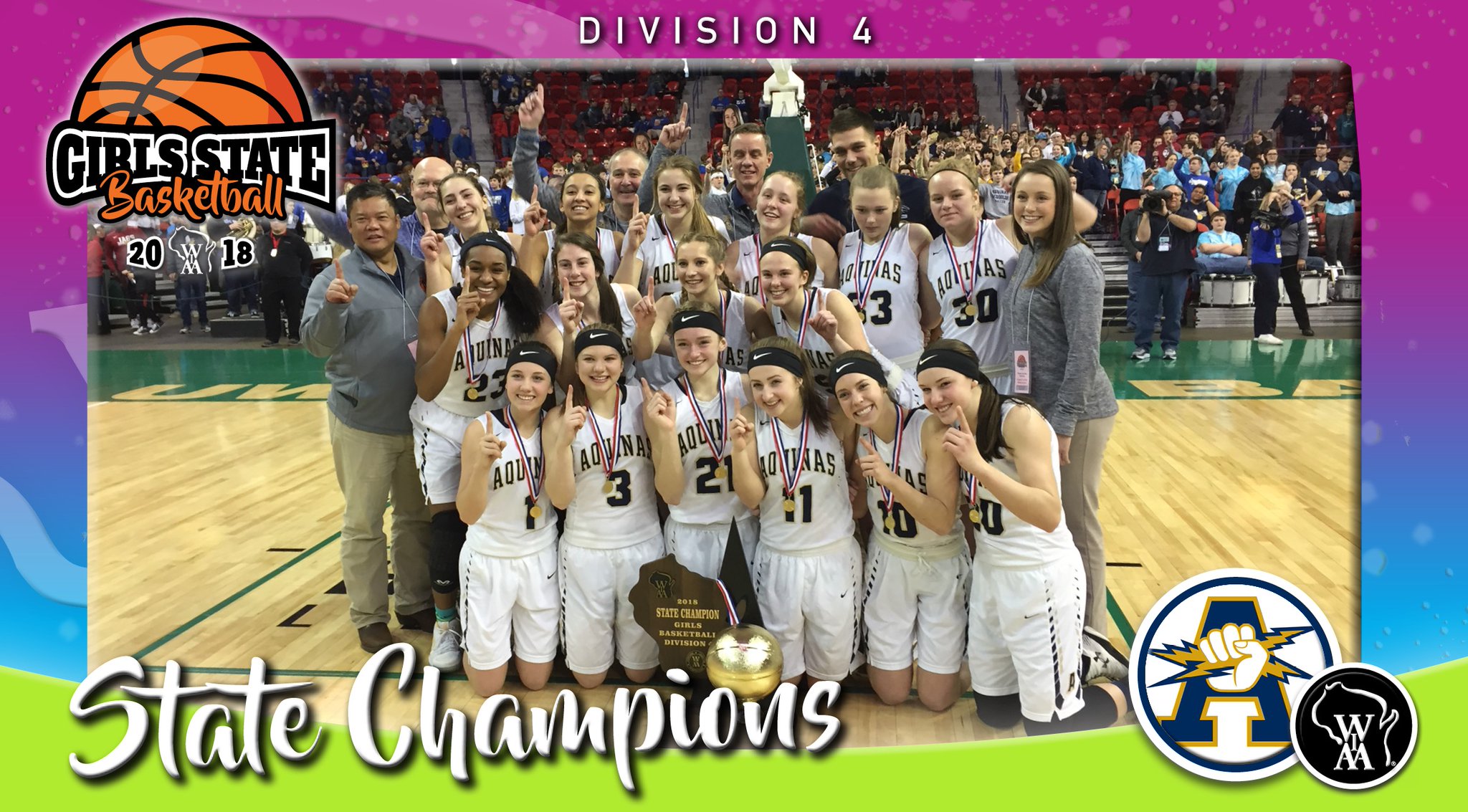 GREEN BAY, Wis. — After losing by a basket in last year’s state championship, the Aquinas High School girls basketball team left no doubt this time around.

In a battle of undefeateds, the top-ranked Blugolds took down No. 2-ranked Melrose-Mindoro 68-52 to capture the WIAA Division 4 state title.

Lexi Donarski had 11 points (3-of-13 shooting) and seven assists for Aquinas, while teammate Kyah Steiner led the team with 13 points, 14 rebounds and 10 turnovers.

M-M got 14 points (6-for-15 shooting), 11 rebounds from Ericka Simmons, while teammate Callette Lockington had 12 points, 11 turnovers.

Ted Knutson, a member of the WIAA Board of Control & @AquinasBlugolds Superintendent, was able to hand off the gold ball to his own school’s team today as the Blugolds earned the Division 4 State Title at the Resch Center! 🏀🏆 #wiaagb #wiaastate #statechamps pic.twitter.com/LwdsijMQuI