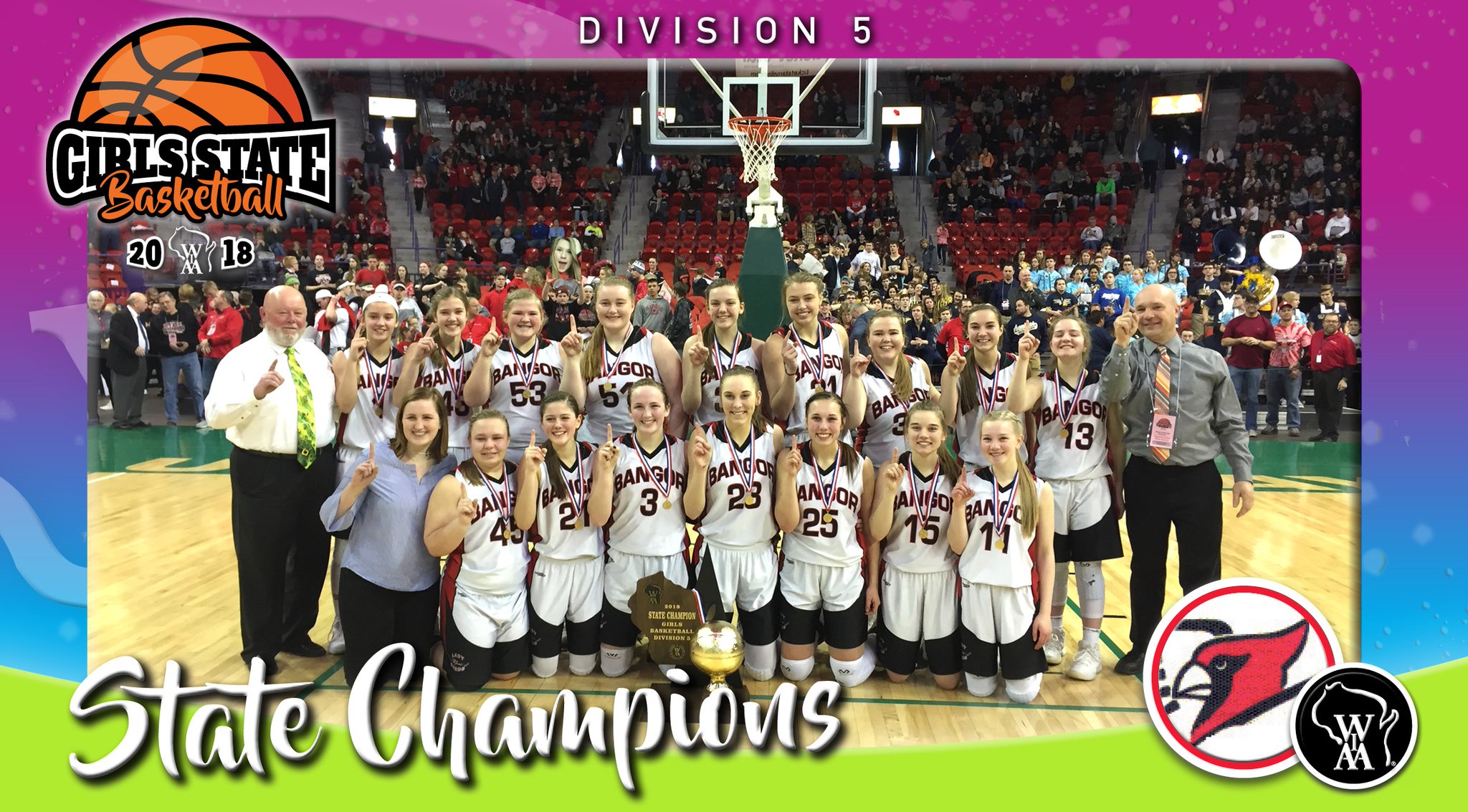 Up against top-ranked, undefeated Black Hawk, the Cardinals overcame 28 turnovers and 37-percent shooting — including a 3-for-13 effort in the second half — in winning 39-29 in the WIAA Division 5 state championship at the Resch Center.

Emma Wittmershaus led Bangor (26-3) with nine points, going 1-for-7 from the field, but managed 6-of-7 shooting from the free-throw line, while teammate Jaclynn Freit had 15 rebounds, seven turnovers.

Bangor, which lost in the state semifinals last year, had a 20-11 lead at halftime, as it forced Black Hawk (28-1) into a 4-of-26 effort from the field and eight of its 16 turnovers in the first half.

Black Hawk tied the game 27-27 with 5:36 remaining in the second. But Wittmershaus hit a pair of free throws followed by a Elizabeth Nicolai 3-pointer. Alea Fortier followed that, pushing the run to 6-0, hitting 1 of 4 free throws and Black Hawk never recovered.

Black Hawk finished 12-for-62 from the field and literally half those shots were from beyond the arc (3-for-31). Bangor won the rebounding battle 42-35.

The 2018 Division 5 gold ball will have its permanent home in Bangor after the Cardinals Championship victory at the @reschcentercomplex in Green Bay today! #wiaagb #statechamps #trophy pic.twitter.com/3itnnZrvNd

0
0   0
previous Aquinas gets redemption in winning state championship
next Recently convicted felon, who averages 29 a game, will play in state tourney against Central
Related Posts