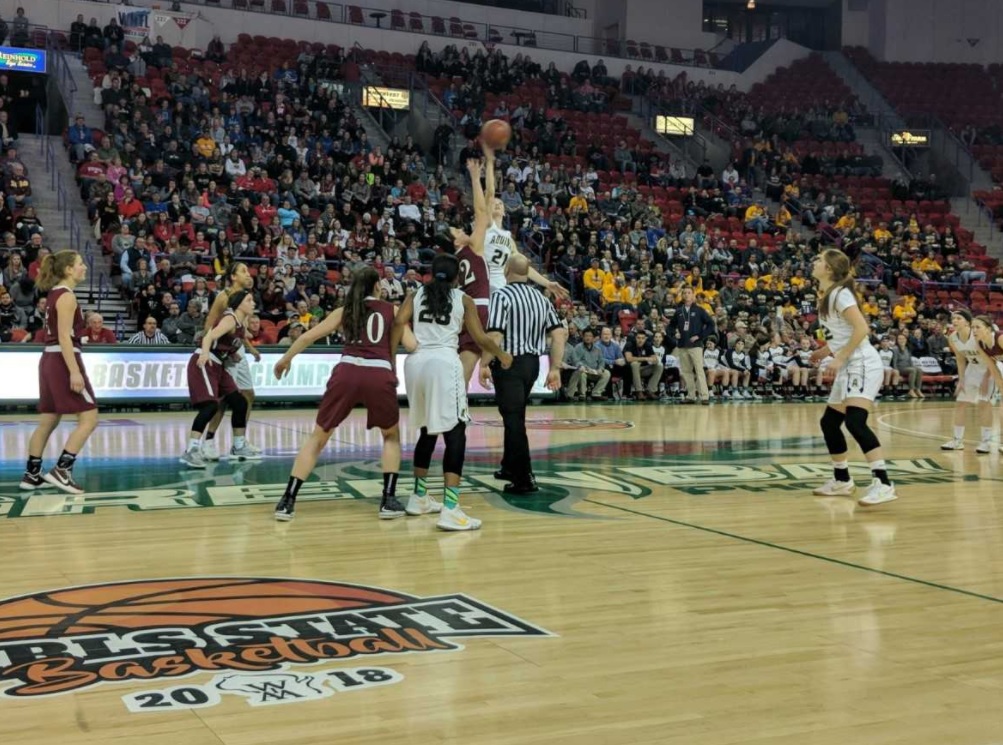 STATE CHAMPIONSHIP: Aquinas, Melrose-Mindoro to meet in battle of undefeateds

STATE CHAMPIONSHIP: Aquinas, Melrose-Mindoro to meet in battle of undefeateds

Top-ranked Aquinas and No. 2 Melrose-Mindoro picked up easy semifinal victories Thursday in the Division 4 to push their records to 27-0. At 12:45 p.m. Saturday, the two face off at the Resch Center.

The Blugolds, state runners-up last season, spread the scoring in blowing out Crandon 75-38 on Thursday at the Resch.

Lexi Donarski and Taylor Theusch both scored 13, while teammates Madessa Collins and Kyah Steiner each had 12 for Aquinas, which was up 43-19 at halftime on Crandon (22-3).

M-M got 20 points from Emily Herzberg and 11 points, 12 rebounds from Mesa Byom in a 64-30 win over Manitowoc Lutheran, which came into the playoffs ranked just outside the Top 10.