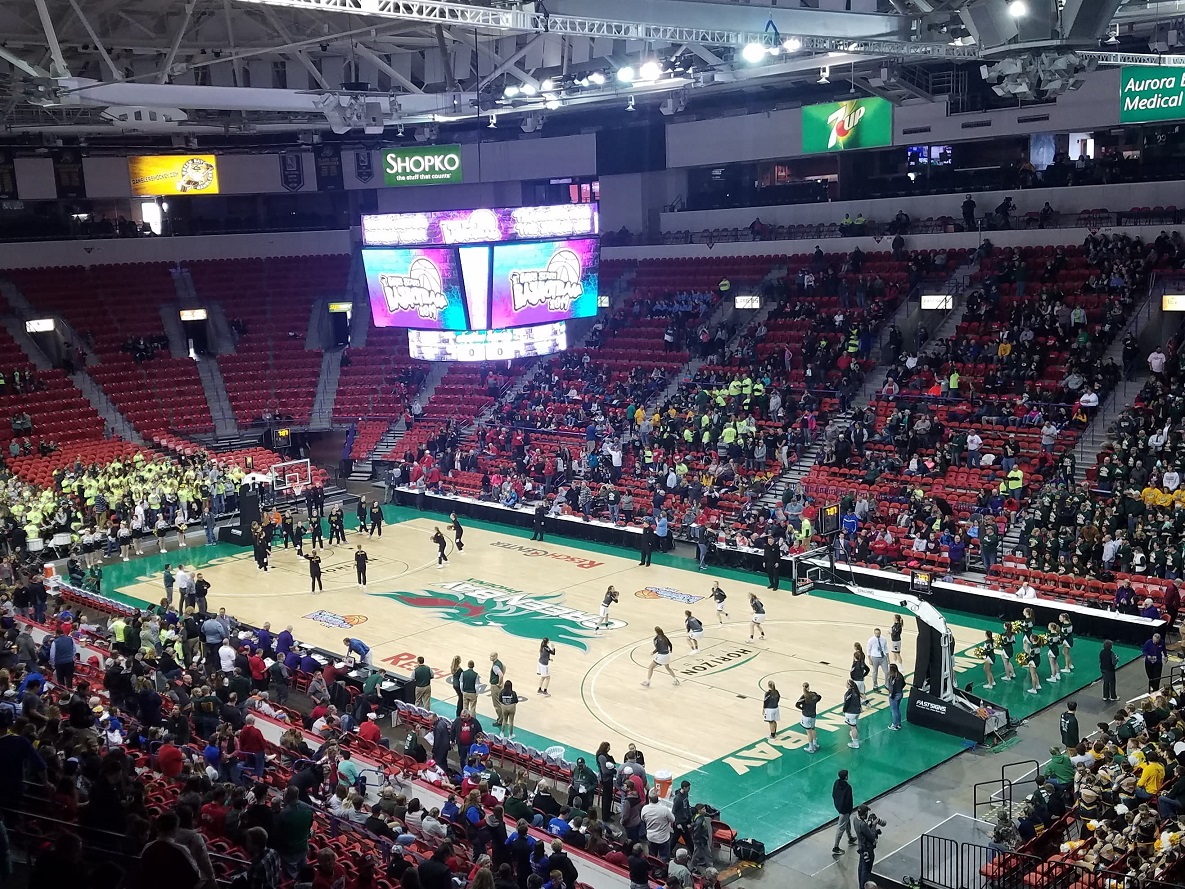 GREEN BAY, Wis. — The first half wasn’t pretty but the second sure was.

The Aquinas High School girls basketball team is headed back to the state championship for the third consecutive season, looking for back-to-back titles.

The top-ranked Blugolds shot 62.5 percent in the second half on their way to a 77-59 win over seventh-ranked Milwaukee Academy of Science on Thursday from the Resch Center.

The state championship at 12:45 p.m. Saturday will be a rematch of last year’s, when Aquinas (26-1) faces No. 3-ranked Melrose-Mindoro. The Mustangs defeated second-ranked Colby 63-44.

Against Milwaukee Academy, Aquinas went into halftime down 28-27, after shooting 34.4 percent from the field and getting a whole lot of players into foul trouble.

Lexi Donarski, an Iowa State commit, picked up her third foul with 8:11 to go in the first half — the score tied 16-16. That came right after Kayla Bahr and Courtney Becker both picked up their second fouls.

So, in came Jacy Weisbrod. With three starters out, the 5-foot-10 freshman scored six points, while two other freshmen — Alaina Bagniefski and taylor Theusch — nailed 3-pointers, keeping the Blugolds within striking distance.

The second half, Aquinas ramped up the defense — holding Milwaukee to 12 of 35 shooting — hit its shots and got to the free-throw line. The Blugolds went 17 of 17 from the line in the second half.

Donarski finished the game with 28 points, going 8 of 12 from the field, 10-for-10 from the line. She added five assists, three boards a block and a steal. Becker scored 13, going 4 of 6 from the field and 5-for-5 from the line and both Bahr and Theusch added 10.

Nakiyah Hurst had 20 points, 15 rebounds for Milwaukee. She was 9 of 15 from the field. Teammate Shemera Williams scored 18 but was just 7 of 23 from the field. Milwaukee finished just 2 of 16 from beyond the arc.

MELROSE-MINDORO 63, COLBY 44
Neither team shot well, but the Mustangs got to the line early and often, which ended up making a big difference.

The second half wasn’t any better, as they combined to go 15 of 53 from the field.

Emily Herzberg scored 21, while teammates Erika Simmons and Mesa Byon each had 14 for M-M, which outrebounded Colby (26-1) 47-33. The Mustangs held a 28-16 points in the paint advantage and had 20 second chance points to Colby’s 3.

While the defense was there, seventh-ranked Gale-Ettrick-Trempealeau couldn’t overcome its 25.5-percent shooting.

0
0   0
previous Aquinas moves on, while Onalaska upset in section semis
next Bangor, Central back at state again
Related Posts