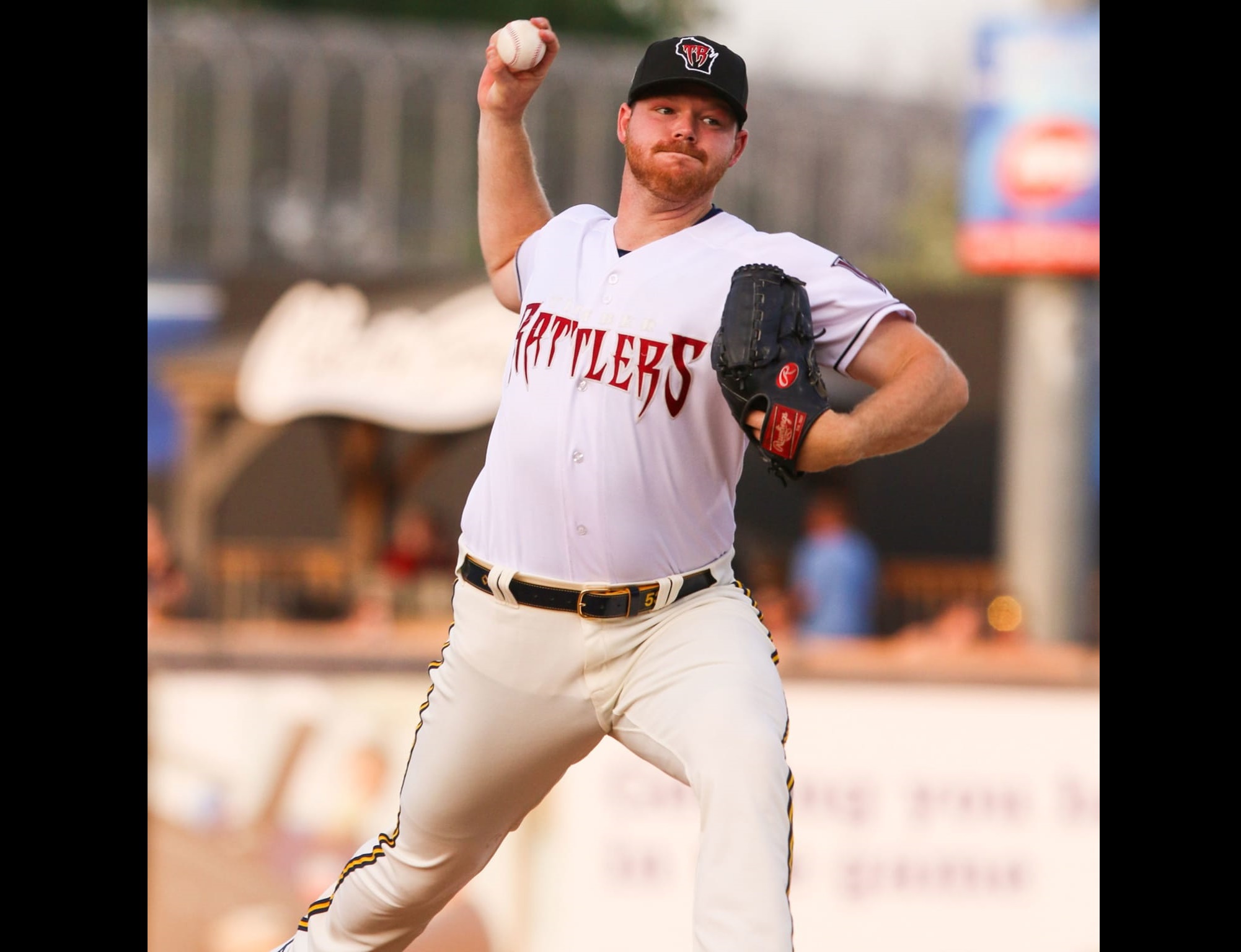 The Milwaukee Brewers get one of their top pitchers back Tuesday, as they head back on the road.

Brandon Woodruff kicks off a two-game series at Tampa Bay.

The 29-year-old righty, out a month with a sprained ankle, just wrapped up kind of a funny rehab stint with the Wisconsin Timber Rattlers, where he had to wear his Brewers cream colored pants and mismatched that with a very much white No. 11 Rattlers jersey.

The reason for the “wardrobe malfunction” was because Woodruff couldn’t find any Rattlers pants that fit. They were either too baggy or “Robbie Ray” tight, Woodruff said.

Woodruff laughed about the experience, not only because of his wardrobe but because one of the fans at Fox Cities Stadium cheered “Let’s Go Rowdy,” as he came out for his rehab start, since that number belongs to Brewers teammate Rowdy Tellez.

Woodruff also cherished his experience in Appleton, for a couple of different reasons, as noted on MLB.com.

“These kids were out there chanting my name when I was warming up, and I’m like, ‘Man, this is cool,’” Woodruff said. “I’ve never given kids high-fives before the game. When I’m going out there to pitch, my job is to get people out and I’m trying to be focused. It was a little bit out of my comfort zone to go over and give these kids high-fives on the other side of the fence but I look back on it like, ‘You know what? That was a cool experience. I probably made some kids’ day.’

“The other thing that threw me off a little bit was that they do the anthem, like, three minutes before the game. You run out to your position to do the anthem — I haven’t done that since high school. I’m running out there in a pair of cream pants and a white jersey. Two kids ran out there with me during the anthem and I said, ‘How are y’all?’ I asked them their names and I said, ‘I’m Brandon.’ The kids were like, ‘Yeah, we know.’ They had a Minor League ball out there on the mound and one kid had a ball and the other one didn’t, so I was like, ‘Hey, take this ball with you.’ His face just lit up. I saw a picture where I was looking down and smiling at the kid during that and his eyes were so big.

“I say all that just to say that these kids look up to us more than we realize. I don’t think we realize enough around the community how influential we can be, and I think that was a cool thing to go back and do.”