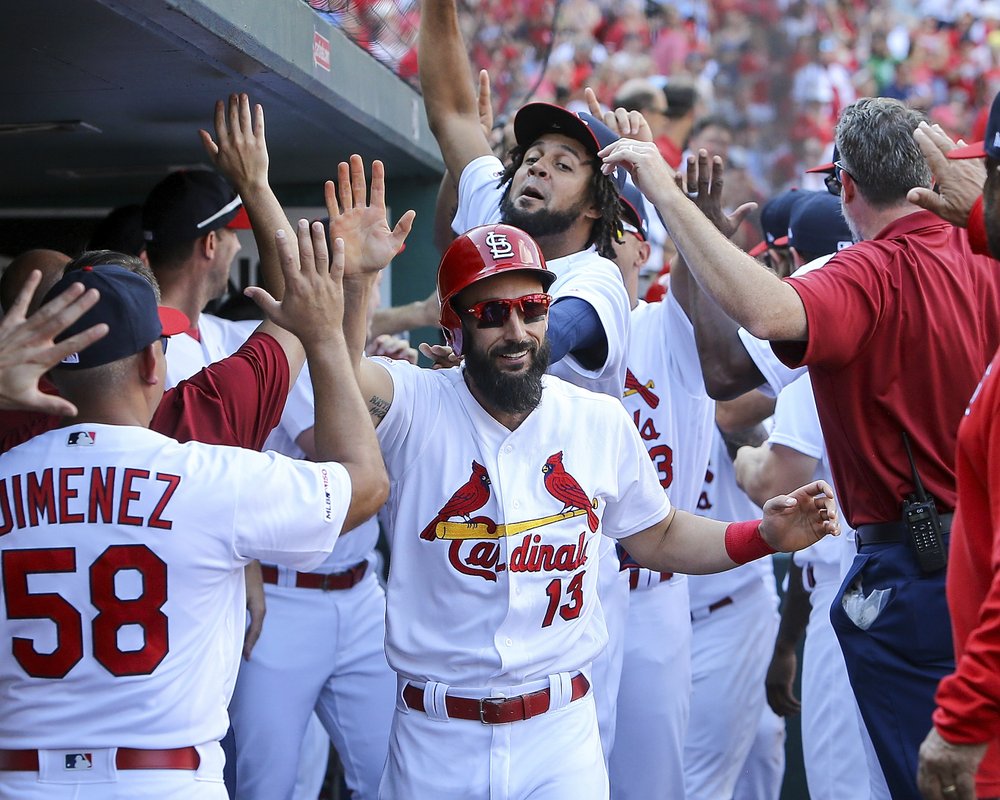 They were totally fine with that.

The Cardinals clinched the NL Central in their last game of the regular season, using Flaherty’s arm and Goldschmidt’s bat Sunday to win their first division title since 2015 with a 9-0 victory over the Chicago Cubs.

“This is what it’s all about,” manager Mike Shildt said. “I love to see the guys enjoy the fruits of their labor — it’s something special.”

The Cardinals built an 8-0 lead in the third inning and coasted into the best-of-five NL Division Series, starting Thursday at Atlanta.

St. Louis started the day with a one-game lead over Milwaukee. The second-place Brewers will play at Washington in the NL wild-card game Tuesday night, with the winner going on to play Los Angeles in the NLDS.

The Cubs lost on Joe Maddon’s day as their manager. It was announced before the game that he won’t return next year.

Maddon remained calm after the game as he received congratulations from his players.

“I’ve been able to hold it together pretty well,” Maddon said. “It was very cool.”

The 23-year-old Flaherty tossed seven impressive innings. He gave up two hits, stuck and six and walked one in an efficient 69-pitch stint.

“He continues to be amazing,” Goldschmidt said.

Flaherty (11-8) stood in the on deck circle waiting to hit in the bottom of the seventh. After Harrison Bader was retired, Shildt called Flaherty back to the dugout to remove him for a pinch-hitter.

The crowd at Busch Stadium went crazy and would not stop yelling until Flaherty emerged from the dugout to tip his cap.

“I was in shock, not sure what to do,” Flaherty said. “That’s for hitters. I wasn’t expecting anything like that.”

Flaherty has allowed just seven runs over his last 12 starts. He has an 0.91 ERA after the all-star break.

St. Louis is back in the postseason after a three-year absence. The Cardinals have won or shared 12 division titles since the current format was developed in 1995.

Goldschmidt, who had three hits, added his team-high 34th home run. He was acquired in a trade from Arizona last December.

“For just this reason,” Goldschmidt said. “My fondest memories in baseball are the celebrations. To accomplish this goal as a team, it’s great. But we have to keep going.”

Matt Carpenter and Dexter Fowler also homered for St. Louis, back in the postseason after a three-year absence. The Cardinals have won or shared 12 division titles since the current format was developed in 1995.

The Cubs had a four-year postseason run snapped this season. Maddon compiled a 471-339 record in five seasons and guided the Cubs to the World Series championship in 2016, ending a 108-year drought.

St. Louis scored twice in each of the first of two innings against Derek Holland (2-5). Goldschmidt singled after Holland walked the first two batters.

Fowler added a two-run homer in the second for a 4-0 lead. He has a career-high 19 home runs.

Carpenter’s drive in the third off Duane Underwood Jr. pumped the lead to 8-0. Goldschmidt added his team-high 34th homer in the fourth.

“He changed the culture of the organization — 108 years and he breaks the curse,” he said.

Chicago infielder Ben Zobrist pitched a scoreless eighth for the Cubs, striking a swinging Yadier Molina to end the inning.

Shildt becomes the third manager in major league history to reach the postseason without ever having played in the major or minor leagues.

As has become tradition over the years, the fans sung the national anthem prior to the last home game of the season without the help of an organ.

Cardinals: INF Kolten Wong is still not at 100 percent. He remains listed as day-to-day with a left hamstring strain although he is not able to run at full speed, according to St. Louis manager Mike Shildt.

Cardinals: Will face the Atlanta Braves in the NLDS beginning Thursday in Atlanta.