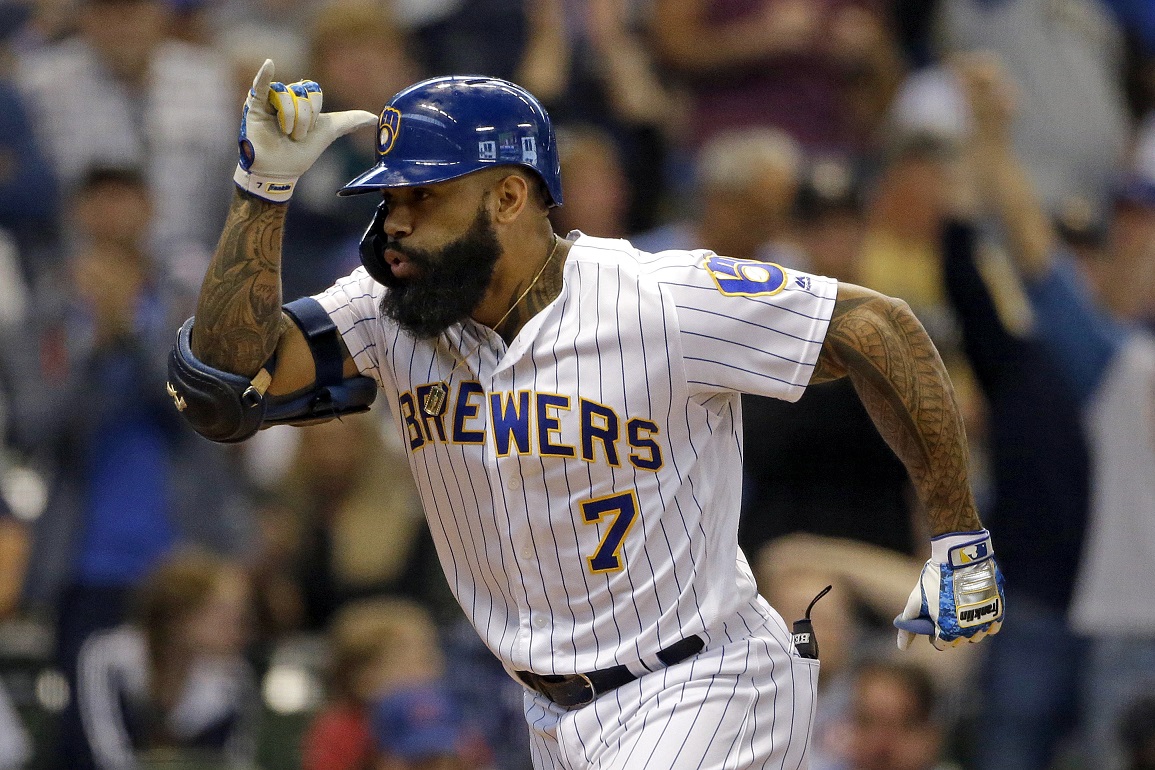 MILWAUKEE — The Milwaukee Brewers had a final chance this weekend to deal direct damage to the Chicago Cubs’ grasp on the second NL wild card, and they didn’t waste it.

Tyler Austin drove a pinch-hit, three-run homer during the Brewers’ five-run fourth inning against Jon Lester, and Milwaukee beat the Chicago Cubs 8-5 Sunday to earn another series victory. The Brewers took 3 of 4 at home a week after winning 2 of 3 at Wrigley Field, and that pulled them within two games of the Cubs for the second wild card with three weeks left in the regular season.

“I think that’s what we had to do at a minimum, just to get a little bit closer,” Brewers manager Craig Counsell said. “And, we did it.”

Cubs manager Joe Maddon was succinct in his assessment.

“They beat us. They absolutely beat us,” he said. “They deserved to win. We didn’t. We’ve got to put it in the rearview mirror quickly.”

The Cardinals are 4 1/2 games ahead of Chicago for the NL Central lead. The Arizona Diamondbacks lost to the Cincinnati Reds 4-3 and are a 1/2 game ahead of Milwaukee in the wild-card chase.

“We’ve got our work cut out for us, but we’ve put ourselves in a very good position,” Counsell said.

Staked to a 3-1 lead, Lester (12-10) allowed RBI hits to Ryan Braun and Hernan Perez before Austin delivered his fourth pinch homer this season. Eric Thames added a solo shot off Lester in the sixth, and pinch-hitter Tyrone Taylor added an RBI single off Duane Underwood Jr. for his first major league hit.

Lester second guessed himself on his approach to Austin.

“That’s a big turning point, anytime you give a three-run homer,” Lester said. “Hard to come back from.”

Jason Heyward hit a two-run homer off Milwaukee reliever Jimmy Nelson in the top of the ninth. With one out and a runner on, Brewers manager Craig Counsell brought on closer Josh Hader, who pitched the final two innings and got the win Saturday night. Hader struck out the final two batters for his 29th save in 35 chances Sunday.

Cubs shortstop Addison Russell was hit in the face by a 94 mph fastball from Houser. He fell to his knees, holding his head, but eventually was able to compose himself and walk to first base accompanied by Maddon and two trainers.

Russell keyed a three-run rally before Ian Happ replaced him in the field. Russell stole second with a head-first slide and later scored on right fielder Christian Yelich’s throwing error. Lester and Ben Zobrist each had a run-scoring double.

Russell was pulled in a precautionary move. He has a nasal contusion and is under evaluation for a possible concussion. He will travel with the team to San Diego.

The Cubs are already missing two-time All-Star shortstop Javier Baez, who is out indefinitely with a hairline fracture in his left thumb. David Bote might fill in for Russell if he misses time.

Danny Hultzen, in his long-awaited major league debut, hit Yelich in the left hand with a 94 mph slider that deflected and hit plate umpire Will Little just above his right knee. Catcher Willson Contreras caught Little as he turned and buckled over. After a brief delay, Little went back behind the plate. A 64-second review confirmed that Yelich had been hit.

Hultzen was the second overall pick by Seattle in the 2011 draft but was beset by injuries in the minors. Each of the first 29 players selected that year have now appeared in a major league game.

Cubs: 3B Kris Bryant got the game off. He’s been dealing with a sore right knee for more than two months. He added to the aggravation by fouling a pitch from Hader off his right leg in the eighth inning of Saturday’s loss.