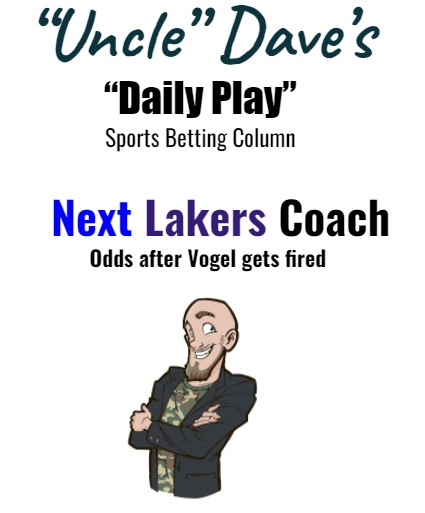 What’s on the table today?: Who will be the next Lakers coach?

The Lakers finished the regular season with a pair of wins, but let’s be real. Frank Vogel will be fired (if he hasn’t been by the time of this writing) after suffering through one of the, if not the worst, season’s in L.A. basketball history.

LeBron (the GM) picked a really bad supporting cast this year, choosing to go with uber-aged friends like Carmelo Anthony, DeAndre Jordan, Dwight Howard, Rajon Rondo and others and throwing aside any chance to really win in a league filled with shooters and defensive specialists.

This Lakers squad had none of that, and now Frank Vogel will assuredly be fired leaving open the question of who will be the next coach of the Lakers?

According to an early look by off-shore betting site SportsBetting.ag these are the top candidates by odds:

Odds to be Lakers next coach: