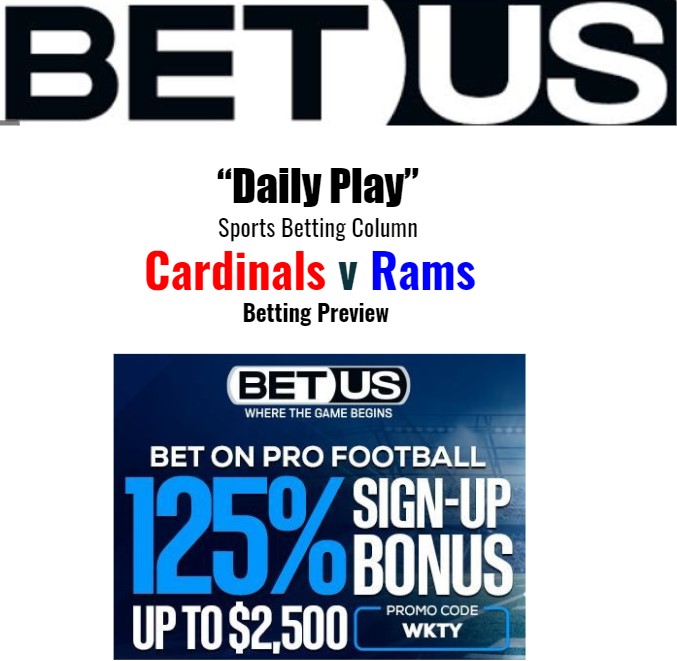 The Arizona Cardinals will head on the road to SoFi Stadium on Monday night for an NFL Wild Card round battle versus the Los Angeles Rams. The winner of this game will take on the Tampa Bay Buccaneers who won their Wild Card game against the Eagles 31-15 on Sunday.

Just like Murray, Matthew Stafford is a former No. 1 overall pick who has never won a playoff game despite being among the NFL’s top quarterbacks.

And Stafford has been trying to end that drought since Murray was in the seventh grade.

Two elite passers will try to get their first postseason victories when the fourth-seeded Los Angeles Rams (12-5) host fifth-seeded Arizona (11-6) in the first playoff game in the history of the multibillion-dollar stadium that will host the Super Bowl less than four weeks later.

The Cardinals didn’t make the playoffs in Murray’s first two seasons, but Stafford’s Detroit Lions reached the postseason only three times in his 12 prolific seasons there, losing each time in the wild card round.

Win the turnover battle. Murray was flawless in their victory over the Rams earlier this season, but he threw two interceptions in their loss to LA. And here’s a stat for you: Murray was tied for second for the most fumbles with 13 but somehow he never lost any. If he can hold on to the ball and control the game, it would make your Cardinals vs Rams pick that much tougher.

Their star players need to shine brightly. The team went out and added Stafford, OBJ and Von Miller for games like this. And let’s not forget the game-breakers they already had in Jalen Ramsey, Aaron Donald and the aforementioned Kupp. This truly is a dangerous football team. If they play at the level we know they can, betting on the Rams should be money in the bank.