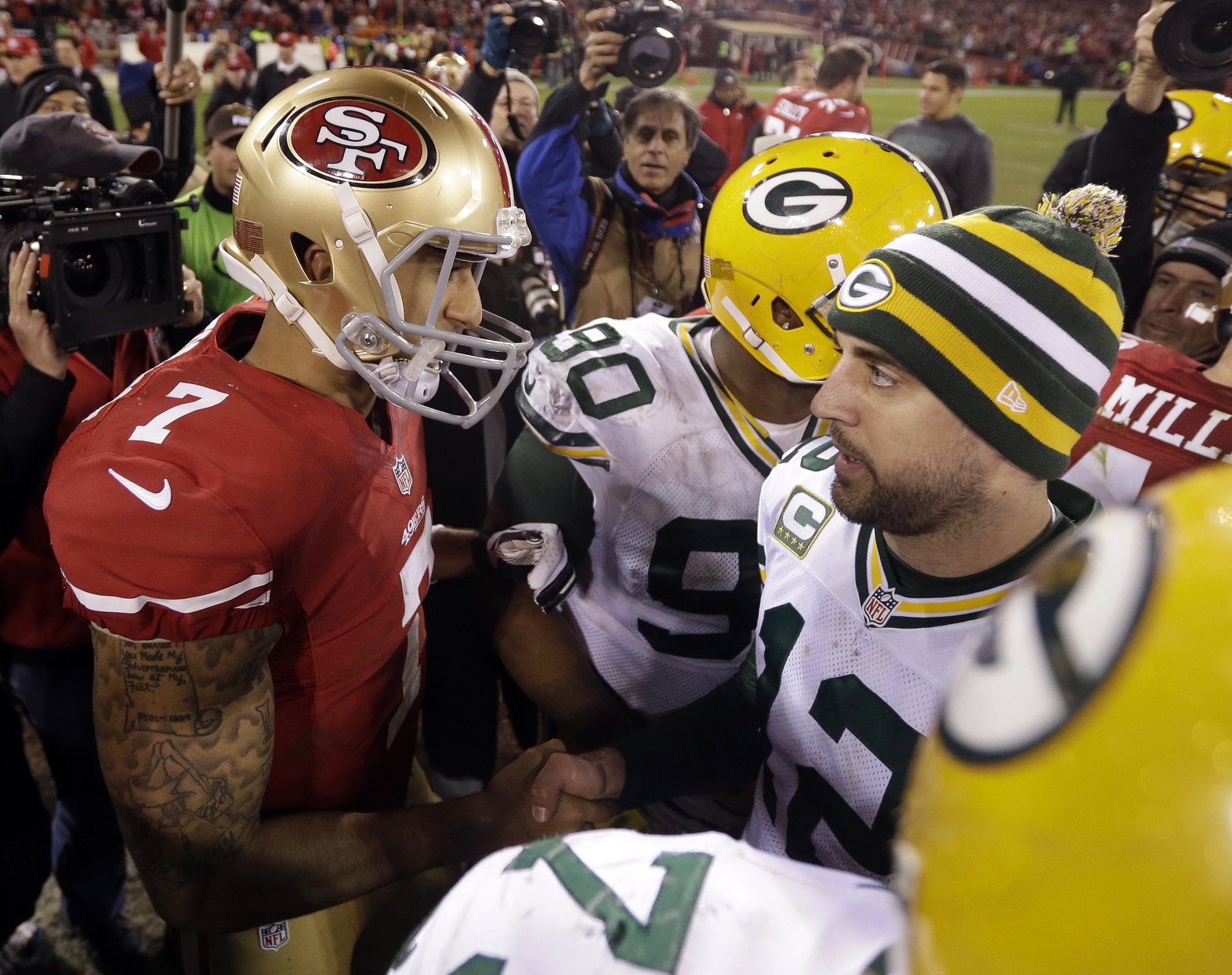 A fitting opponent for what could be Aaron Rodgers’ last game for the Green Bay Packers.

The 38-year-old quarterback will face off Saturday night at Lambeau Field against the San Francisco 49ers.

It will be the ninth postseason matchup between the two teams. Of course, they’re 4-4 in those games — the last three wins by San Francisco over Rodgers, including in 2019 to get to the Super Bowl.

The teams met earlier this season with Mason Crosby kicking a 51-yarder at the gun to win it 30-28 at San Francisco.

Rodgers and Jimmy Garoppolo played relatively even games, but the 49ers didn’t have any of their top running backs — relying on Trey Sermon, who entered with one career carry, which came the week before.

Looking back on those 2019 playoffs, it was Raheem Mostert’s 220 yards, 7.6-yards-per-carrry average and four touchdowns the 49ers used to destroy the Packers 37-20 and go to the Super Bowl. Mostert hasn’t rushed for 100 yards since.

The other 49ers-Packers playoff matchups are history but it was Colin Kaepernick’s legs that took out the Packers in both 2012 (a 23-20 win at Lambeau to go to the Super Bowl) and ’13 (a 45-31 Divisional win in San Francisco).

Rodgers played a fairly modest game by his standards in 2012 with 267 yards passing, two touchdowns and one interception. In 2013, Rodgers, in his ninth NFL season, had just 171 yards and a touchdown with no picks.

Green Bay won divisional rounds against the 49ers in 1995 and ’96. San Francisco won in ’97 and again in the wild-card in ’98 — on that Terrell Owens winning touchdown reception to end the game.

The two winners of the NFC Divisional games will meet for the conference championship, with the highest-seeded team hosting, on Sunday, Jan. 30, at 5:30 p.m.