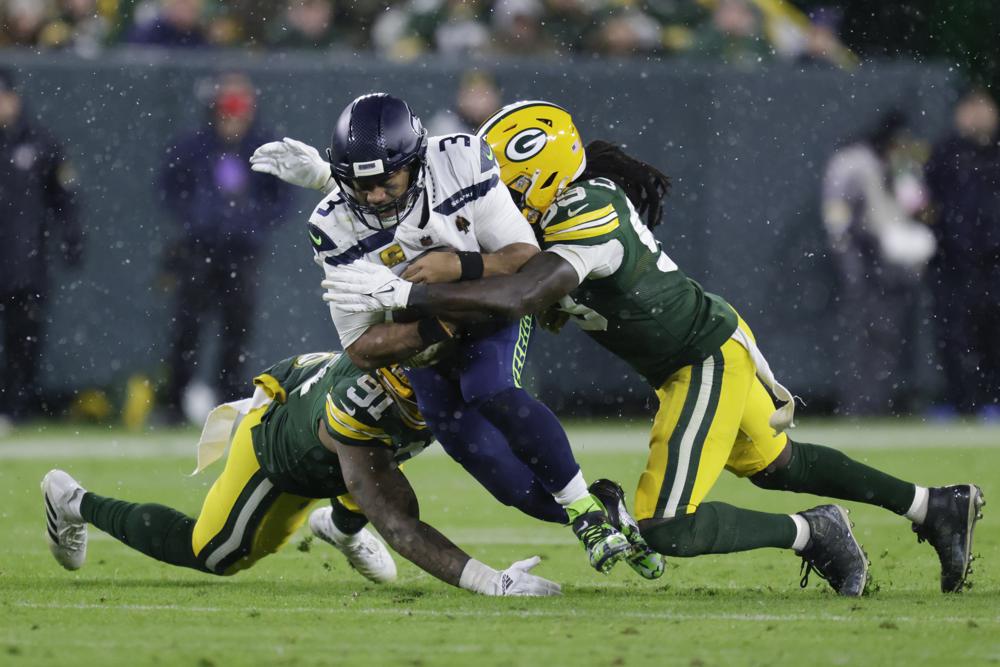 THOUSAND OAKS, Calif. (AP) — At least until the past two games, Matthew Stafford had smoothly handled just about every aspect of the enormous adjustment in moving from the Detroit Lions to the Los Angeles Rams.

This week, he faces another new challenge: A Thanksgiving without a football game to play.

“I loved playing on Thanksgiving,” Stafford said after practice on a 77-degree Wednesday with the Rams (7-3), who travel to Green Bay on Sunday. “For the tradition, for the game, for all of that, but also … because I was back in my house at 5, 5:30. Could have a normal Thanksgiving meal, watch some football with your family. Almost felt like a fan for a little while. And then it was fun having the next couple of days off so you could eat leftovers.”

Stafford grew to enjoy the Lions’ annual fixture of a holiday game on a short week, but he’s got plenty of work to do this week with the Rams, who are on the first losing streak of his tenure.

Back-to-back defeats heading into their bye week have forced the Rams to take stock of themselves after an eight-game start in which Stafford appeared to be capable of leading this team to the Super Bowl with a supporting cast and a coaching staff to maximize his talents.

Stafford passed for 309.6 yards per game with 22 touchdowns, four interceptions and a 118.0 rating in the Rams’ first eight games. His play in a new offensive system was undeniably impressive and worthy of MVP discussion.

In Los Angeles’ two losses since, Stafford has passed for 268.5 yards per game with two touchdowns, four interceptions and a 69.4 rating while getting sacked seven times. Those four interceptions were critical: Stafford made glaring mistakes on three of the picks, and two of the four were returned for touchdowns that contributed to putting Los Angeles in a hole it couldn’t escape.

Fixing those problems at Lambeau Field is a particularly difficult task, as the quarterback knows well. Stafford faced the Packers 20 times during his dozen seasons with Detroit, going 7-13 with 37 touchdown passes — the most he has thrown against any opponent — and 20 interceptions. Stafford and Aaron Rodgers went head-to-head 16 times, with the Packers winning 12 of those.

“It’s one of my favorite places to play in the NFL,” Stafford said. “Got to do it a bunch of times. Played some fun snow games. I loved playing in the snow there. That’s what you dream about as a kid, is getting to play the Packers at Lambeau Field in the snow. Don’t think it’s going to snow this week, but it’s going to be nice and chilly this week, which is always fun.”

The Rams’ solid foundation has moved under their feet in the past few weeks, particularly with Robert Woods’ season-ending injury and the arrival of Odell Beckham Jr. Stafford and Beckham and working to establish a connection quickly before arriving at Lambeau Field.

As they began their Packers preparation, Stafford, coach Sean McVay and offensive coordinator Kevin O’Connell all pointed to the glaring obvious reason for the Rams’ only defeats this season: The Rams committed more turnovers than their opponents in their three losses, and they didn’t in their seven wins.

O’Connell repeatedly pointed out fundamental areas for improvement in the past two games, most related to winning the turnover battle and not falling into early deficits.

“We’ve got to get off to better starts on early downs and be efficient,” O’Connell said. “I think we can kind of, as a group, coaches included, we can all get into a rhythm early and figure out how we want to attack opponents.”