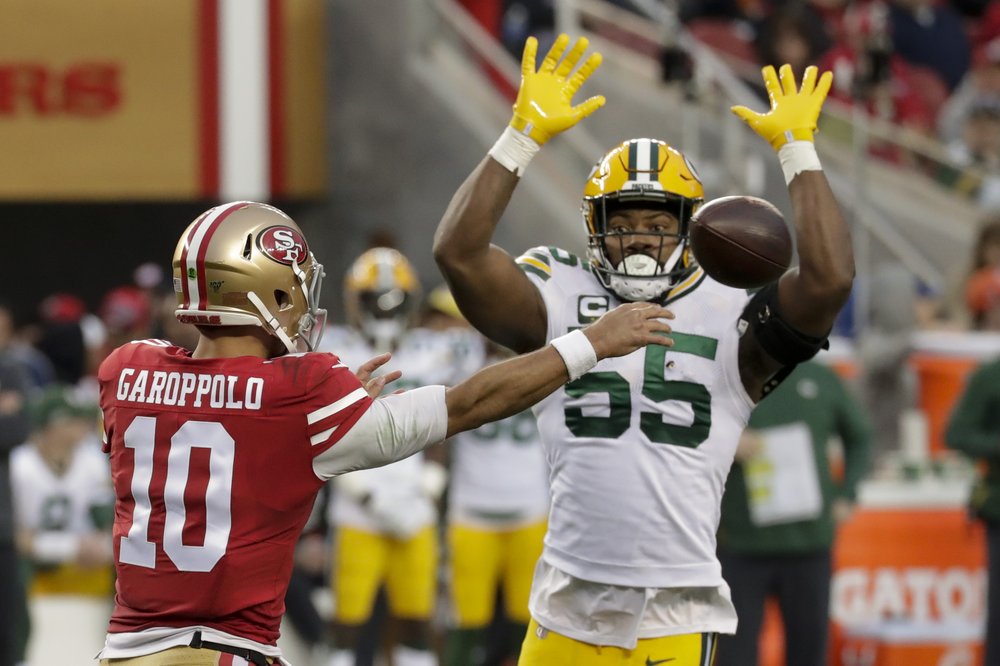 What’s the rush? QB pressure has been priority in NFC North

What’s the rush? QB pressure has been priority in NFC North

The pressure has clearly been on in the NFC North.

Oh, there’s the usual urgency around Super Bowl aspirations and on-field improvement. Aaron Rodgers has reached the final stretch of his time in Green Bay.

Minnesota is trying to keep a championship window open despite a wave of departures on defense. Chicago general manager Ryan Pace has a burning quarterback question to answer. Coach Matt Patricia has a lot to prove in order to remain in Detroit past this season.

There’s currently no more common a thread in this division, though, than prioritizing pressure on the quarterback. The league-wide value on having a viable pass rush, well, that’s not new, but this quartet has recently doubled down on such investments more than any other in the NFL.

Two years ago, the Bears sent two first-round draft picks to the Raiders for outside linebacker Khalil Mack and gave him a $141 million contract. The Packers signed a pair of outside linebackers — Z’Darius Smith ($66 million) and Preston Smith ($52 million) — in 2019, when the Lions went after defensive end Trey Flowers ($90 million). The Bears found a complement for Mack this season by adding Robert Quinn on a $70 million deal. Just this week, the Vikings sent a second-round selection to the Jaguars for Yannick Ngakoue, who’ll make $12 million this season.

According to data compiled by Spotrac.com, eight of the 35 highest-paid edge rushers in the league in terms of average annual contract value are in the NFC North. The AFC North is next with six.

“We want guys who can cover and guys who can rush. Whether that be linebackers or defensive ends or defensive tackles, I think that’s kind of our philosophy all the way around,” Vikings coach Mike Zimmer said. “The way the league is right now with the spread offenses and throwing the football and things like that, I think those things are important.”

Here’s a quick tour around the division entering this strange season that will be played during a pandemic with few if any fans in attendance:

The most jarring decision in the division this year was Green Bay drafting Utah State quarterback Jordan Love in the first round. The Packers went 13-3 to reclaim the NFC North after a two-year gap between titles and reached the conference championship game, but general manager Brian Gutekunst essentially started the countdown clock on Rodgers’ tenure by using his first pick on a developmental player.

Rodgers has limited his public expressions to surprise, not disappointment, but there’s no doubt he’ll use this as more motivational fuel during the season when he’ll turn 37. He’s counting on further progress from young wide receivers such as Allen Lazard and Marquez Valdes-Scantling in coach Matt LaFleur’s second year.

“As a whole on offense, our communication has gotten a lot better. I think we’ve really streamlined a lot of different calls we had into simple things that are efficient,” Rodgers said. “I think there’s a comfort level with everybody.”

BACKED INTO A CORNER

Ngakoue was acquired to replace Everson Griffen, who signed with Dallas after a decade in purple. Three of the five starters departed from Minnesota’s standard defensive lineup last year are cornerbacks, putting Zimmer’s teaching skills at his pet position to the test.

Mike Hughes, Holton Hill, Jeff Gladney and Cameron Dantzler have emerged as the top four options. That means two 23-year-olds in their third seasons and two 2020 draft picks by a team that reached the divisional round of the 2019 playoffs.

“I’m trying to be hard on these rookies,” Zimmer said, “so when there’s a time they have to get chewed out, it’s like water off a duck’s back.”

The last chance for quarterback Mitch Trubisky has been the top storyline in Chicago, which regressed to 8-8 in 2019 after a 12-4 record earned them the 2018 division title. Super Bowl 52 MVP Nick Foles was acquired to compete with Trubisky, the second pick in the 2017 draft that yielded Patrick Mahomes.

Quinn with his 80 1/2 sacks carries the potential for more impact, though, particularly after Mack’s production dropped off in 2019.

“It’s just going to be fun being out there with a guy that’s going 110 miles per hour on the other side, and I can’t wait,” Mack said.

The Lions have won only nine games in Patricia’s two seasons. They were bitten badly last year by the injury bug that didn’t spare quarterback Matthew Stafford, who missed half of the season with a broken back.

Rookie running back D’Andre Swift was the most prominent addition to the offense that will be led for a 12th year by Stafford.

“He’s been awesome,” Patricia said. “He’s dialed in, locked into the coaching, the teaching, practice, meetings. His leadership has been outstanding. I think he’s fired up every day out there.”

TOP PHOTO: FILE – San Francisco 49ers quarterback Jimmy Garoppolo passes under pressure from Green Bay Packers outside linebacker Za’Darius Smith during the first half of the NFL NFC Championship football game Sunday, Jan. 19, 2020, in Santa Clara, Calif. NFL teams can always use more pass rushers, as evidenced by the NFC North where all four teams have spent big to acquire them over the last three years.(AP Photo/Matt York, File)