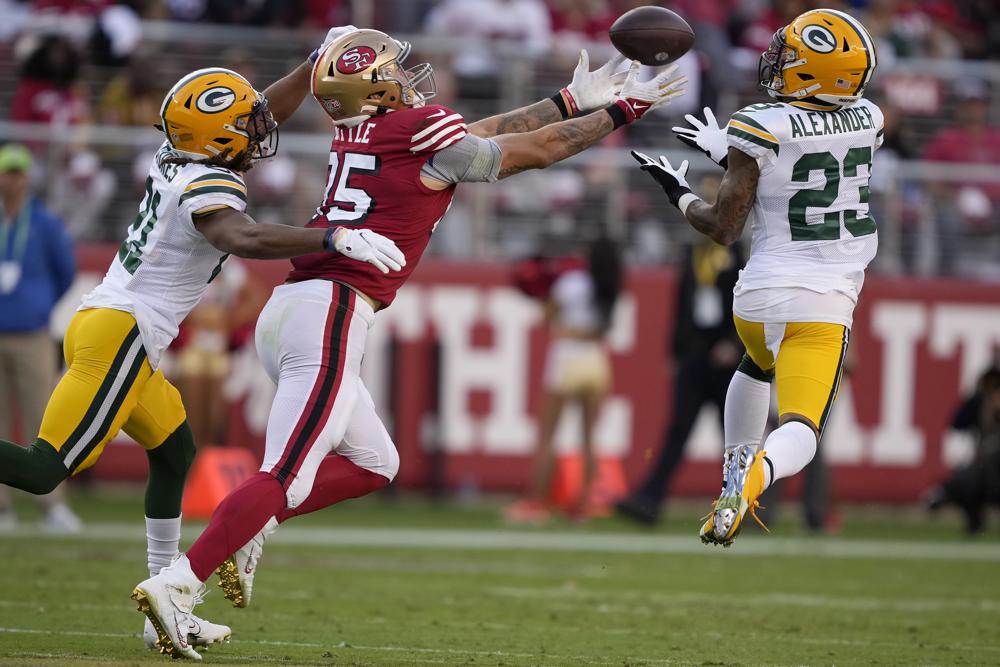 Coverage for Packers-Bengals on WKTY begins at 10 a.m. Sunday with two hours of pregame. Kickoff at noon, followed by another two hours of postgame coverage. Tune in on 96.7 FM / 580 AM

“We’re going to try to avoid that at all costs,” coach Matt LaFleur said after Wednesday’s practice.

It was a whirlwind of a day for the Packers, winners of three straight headed into Sunday’s game at the Cincinnati Bengals.

First, with Alexander’s season in limbo, the team reportedly had interest, but failed to acquire two-time All-Pro cornerback Stephon Gilmore from the New England Patriots. The Packers lacked the salary cap space to absorb the remainder of Gilmore’s $7 million base salary.

Ultimately, the Carolina Panthers sent a 2023 sixth-round draft choice to New England for the 31-year-old cornerback.

Second, to bolster the depth at cornerback, the Packers grabbed Rasul Douglas off the Arizona Cardinals’ practice squad.

A third-round pick by the Philadelphia Eagles in 2017, the 6-foot-2 Douglas has made 29 starts. He had five interceptions for the Eagles during his first two seasons and broke up nine passes while starting a career-high 11 games last year for Carolina.

“He’s played a lot of games in this league,” LaFleur said. “Big, physical corner. He’s really tough. He certainly looks the part, and it was good to see him out there today.”

Third, Alexander missed practice with the shoulder injury sustained on his fourth down hit of Pittsburgh Steelers running back Najee Harris on Sunday. LaFleur said Alexander likely would miss the game against Cincinnati.

“His attention to detail is unmatched for a young guy,” receiver Davante Adams said. “He takes his job seriously and he moves unlike any DB that I’ve seen here.”

Alexander has 41 passes defensed in his first three seasons. He had two interceptions in last year’s NFC championship game loss to Tampa Bay.

His injury is the latest blow to a team that already was without All-Pro left tackle David Bakhtiari, Pro Bowl left guard Elgton Jenkins and Pro Bowl outside linebacker Za’Darius Smith.

“It’s not easy,” LaFleur said. “That guy’s a premier corner in this league, but we’ve got guys we feel really confident with.”

One of them is Kevin King, who missed the past two games with a concussion. He returned to practice on Wednesday. Another is Eric Stokes, this year’s first-round pick.

Steelers quarterback Ben Roethlisberger targeted Stokes early and often on Sunday, but Stokes ended the game with an interception.

King and Stokes presumably would be the cornerbacks and Chandon Sullivan would man the slot against the Bengals if Alexander is unavailable.