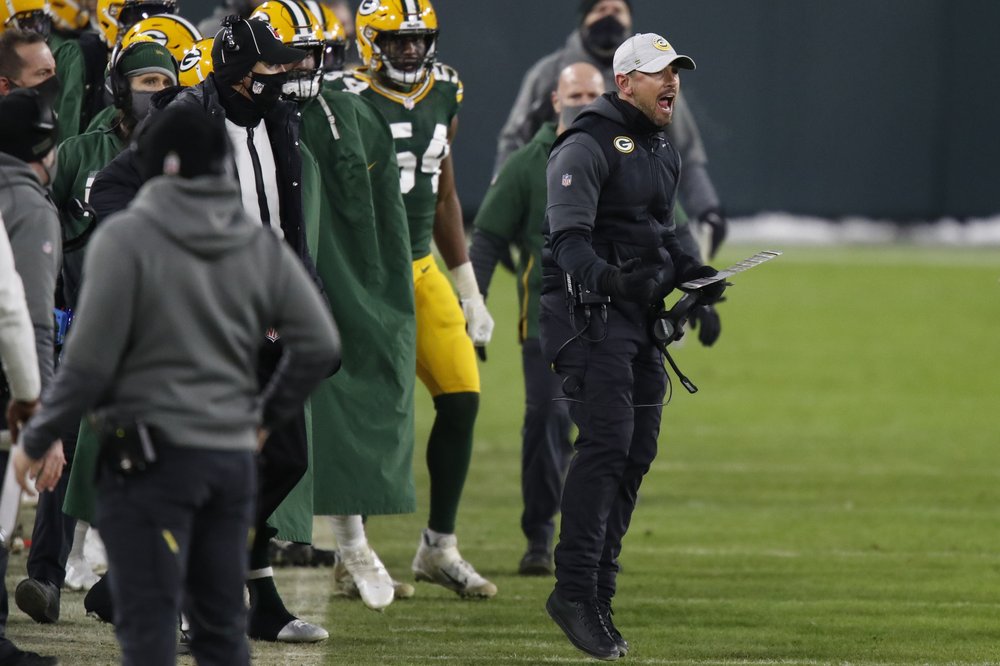 Matt LaFleur put the game in the hands of his defense instead of All-Pro quarterback Aaron Rodgers in a decision that will be questioned in Green Bay for years.

With a spot in the Super Bowl on the line, LaFleur opted for a field goal on fourth-and-goal from the 8 when trailing by eight points with just over two minutes remaining in the NFC championship game.

Rodgers never got the ball back in his fourth straight title game loss as Tom Brady and Tampa Bay ran out the clock in a 31-26 win Sunday.

“The way our defense was playing it felt like the right decision to do,” LaFleur said. “It just didn’t work out.”

The key moment came after Green Bay rallied from 18 points down in the second half to get into position to send the game into overtime late in regulation.

The Packers drove down to the 8-yard line with 2:22 to play before Rodgers threw an incomplete pass to Allen Lazard followed by two more to Davante Adams.

That left LaFleur with a decision to make with 2:09 to play and he went with the field goal instead of another shot into the end zone for a possible TD and 2-point conversion to tie the game.

“Any time it doesn’t work out, you always regret it,” LaFleur said. “It was the circumstances of having three shots and coming away with no yards and knowing that not only you need the touchdown, but you need the 2-point (conversion). We essentially had four timeouts with the two-minute warning. We knew we needed to get a stop.”

Rodgers never had a chance to lobby his coach to go for it as soon as he saw the field-goal team run on the field.

The analytics were against the move with EdjSports win probability model saying LaFleur’s decision reduced Green Bay’s chances of winning the game from 10.8% to 7.8%. LaFleur had been one of the best coaches when it comes to decision-making by EdjSports model, ranking third best this season.

The decision was extremely rare as no team had attempted a field goal in the final three minutes of a game when trailing by between four and eight points since the Falcons in 2015. LaFleur was an assistant on Dan Quinn’s staff in Atlanta for that game.

“I couldn’t believe it, honestly, because there’s no guarantee they’re going to make it back down there again,” Buccaneers edge rusher Shaquil Barrett said.

“Our offense has been pretty amazing in four-minute offense this year, not giving the team back the ball so I had the utmost confidence in them. … If he could take it back he probably wouldn’t do that next time but I appreciate it.”

Mason Crosby made the field goal, but the Packers couldn’t get the defensive stop they needed to give Rodgers another chance.

Kevin King was penalized for pass interference against Tyler Johnson on a third-down pass with 1:41 to play to extend the drive and Tampa Bay sealed the win on a third-down run by Chris Godwin.

“This one does sting,” LaFleur said. “It’s going to take a long time to get over this one.”