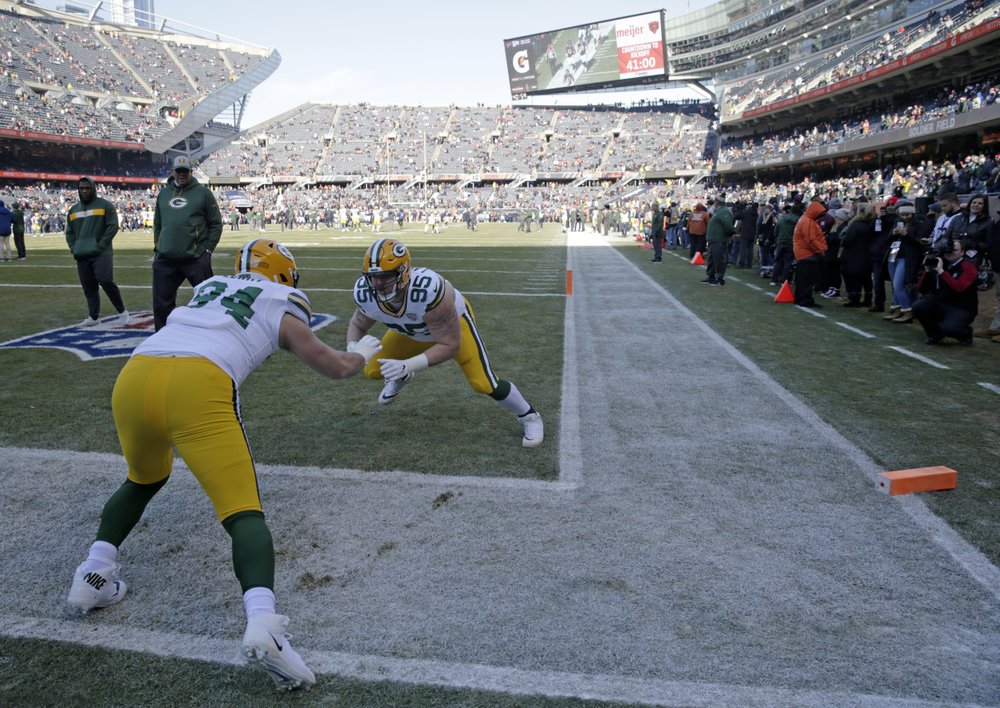 The 36-year-old Lewis has spent the past three seasons in Green Bay after playing 12 seasons with the Jacksonville Jaguars, who selected him out of UCLA in the first round of the 2006 draft. He reached the Pro Bowl with Jacksonville in 2010 and is one of only seven tight ends in NFL history to play in at least 200 regular-season games and catch at least 400 passes.

Lewis caught 10 passes for 107 yards and three touchdowns while starting 15 games last season and operating primarily as the Packers’ blocking tight end. He started both playoff games and had three catches for 28 yards. He was on the field for just over 40% of the Packers’ snaps on offense.

Lancaster, 26, has made 18 starts over the past three seasons since signing with the Packers as an undrafted free agent out of Northwestern in 2018. He played 15 games with three starts last season and was on the field for just over 34% of the Packers’ defensive plays.

TOP PHOTO: In this Dec. 16, 2018 photo, Green Bay Packers defensive end Dean Lowry (94) and defensive tackle Tyler Lancaster (95) warm up as fans watch from the sideline before a game against the Chicago Bears in Chicago. (AP Photo/David Banks)