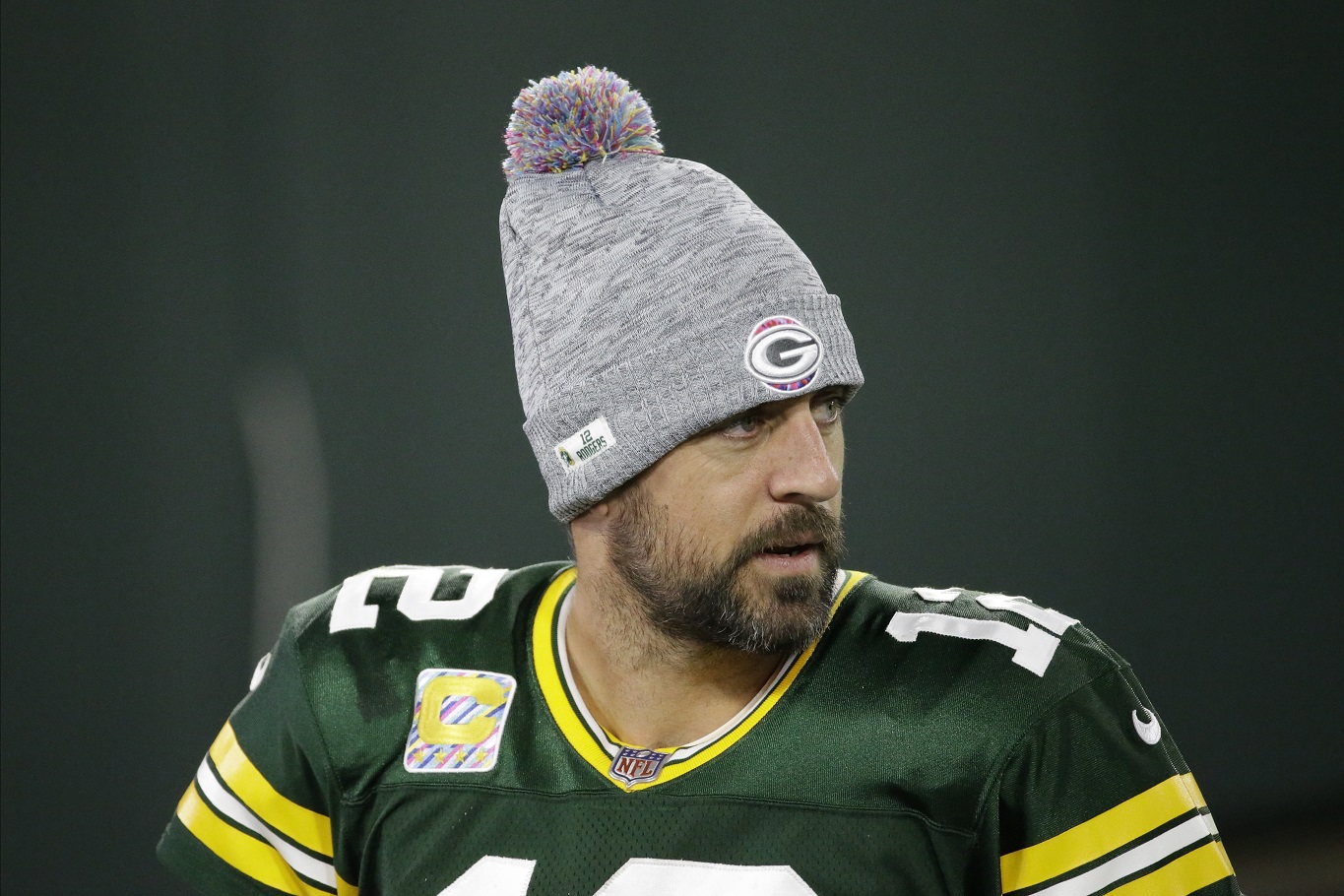 The vibes from Aaron Rodgers are all positive heading into the postseason as he seeks the second Super Bowl berth that has eluded him for the last decade.

“I think it’s the strongest I’ve definitely felt and probably the least sore, least amount of bumps and issues,” Rodgers said Thursday. “We all deal with certain things throughout the season, but to be able to have made it through every practice and not be limited in any of them definitely was a change for me – a very welcome change.”

The 37-year-old Packers quarterback may never have a better chance to get back to the Super Bowl.

Green Bay owns the No. 1 seed in the NFC and the conference’s lone first-round playoff bye. The Packers have won six straight games and finished the regular season 13-3 for a second straight year.

One more victory would give the two-time MVP a chance to do something he’s never done before: play an NFC championship game at home.

Rodgers led Green Bay’s 2010 team to a Super Bowl title as a No. 6 seed that won playoff games at Philadelphia, Atlanta and Chicago. Three times in the last six seasons, the Packers lost an NFC championship game on the road, including a 37-20 setback at San Francisco a year ago.

“It’s been a long time,” Rodgers said. “There’s been a lot of ball between now and February 6, 2011, which was a beautiful day. It’s important to all of us. There are so many guys who haven’t been in that mix before. Only a few of us actually were there for that moment, so it would be nice for all of us to get back.”

Rodgers is seeking the ideal finish to a brilliant season in which he threw a career-high and NFL-leading 48 touchdown passes with only five interceptions. He set single-season franchise records for touchdown passes and completion percentage (.707).

Packers wide receiver Davante Adams said Sunday after a 35-16 victory at Chicago that “the MVP should be locked up” in Rodgers’ favor. Packers coach Matt LaFleur backed that up Thursday by saying that Rodgers “without a doubt in my mind, is the MVP.”

This comes after an offseason in which the Packers traded up four spots in the draft to take Utah State quarterback Jordan Love in the first round, causing Rodgers himself to express doubts whether he’d be able to finish his career in Green Bay.

Rather than complaining, Rodgers responded by talking in the offseason about how he had reflected on what’s important in life and had learned to savor every moment. He has showcased that attitude during the season by displaying his love for the game, as evidenced by his touchdown celebrations.

“He always has been a thankful guy, but just what we have here I think is something that is really special with our team and how we operate,” offensive coordinator Nathaniel Hackett said. “And I think that he’s just realized that and just really taking it each day at a time and really just enjoying every second.”

Most notable in his touchdown celebrations was when he stretched out his arms and shouted, “I love gold,” a nod to Hackett’s love for the Mike Myers movie “Austin Powers in Goldmember” that inspired the Packers to refer to the red zone as the gold zone this season.

“One of my New Year’s resolutions is definitely Mike Myers in a gold suit in Green Bay or Zoomed into Green Bay,” Rodgers said.

Rodgers has helped the Packers strike gold just about every time they get near the goal line this season.

That helps explain why Green Bay is scoring a league-high 31.8 points per game, up from 23.5 last season.

Yet Rodgers isn’t quite ready to say this has been the best season of his career.

“I’m definitely going to look back years from now with a lot of pride about the way I played and the steps I took throughout the season to put myself in a position, kind of going back to March and April,” Rodgers said. “So I’m very proud of the regular season. Best season? Let’s wait and see how this run turns out.”