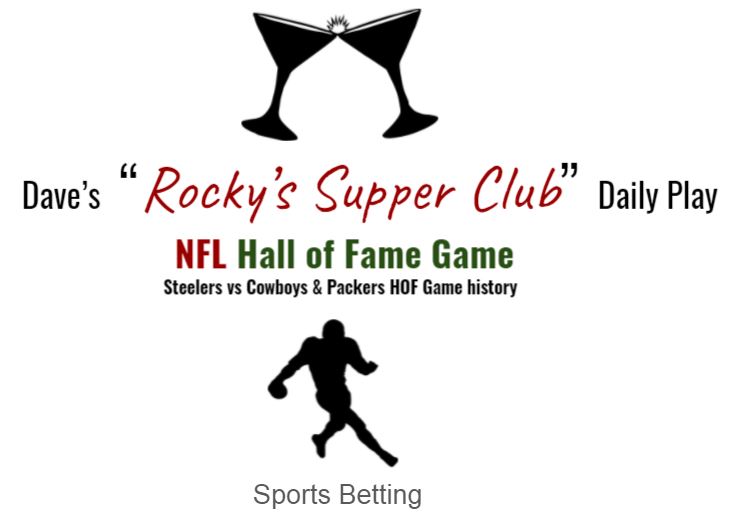 What’s on the table today?: NFL Hall of Fame Game 2021 & Packers scores from their HOF Games

The NFL season is now HERE! Aaron Rodgers showed up at 1265 on Tuesday and reports suggest his “compromised” deal is nearing completion.

On Thursday August 5th the first preseason game (Hall of Fame Game) will be played in Canton, Ohio featuring the Steelers and the Cowboys. The Steelers are favorites (-1) with the total set at 33.5 – 34 depending on where you’re finding it.

The Hall of Fame Game will likely feature zero starters for either team, but I’m still going to take Pittsburgh to cover the merger (-1) spread against a Cowboys team that I just never believe in no matter what the situation. I’d also expect this game to go slightly UNDER the total.

Below, the recap of all the appearances the Packers have made at the Hall of Fame Game, scores, and details when the games were cancelled or stopped early for weather concerns.

*Game Ended With 5:29 Left Because of Severe Storm

*Game ended with 5:49 remaining in the third quarter due to lightning and heavy rain.

*Game canceled due to field conditions.