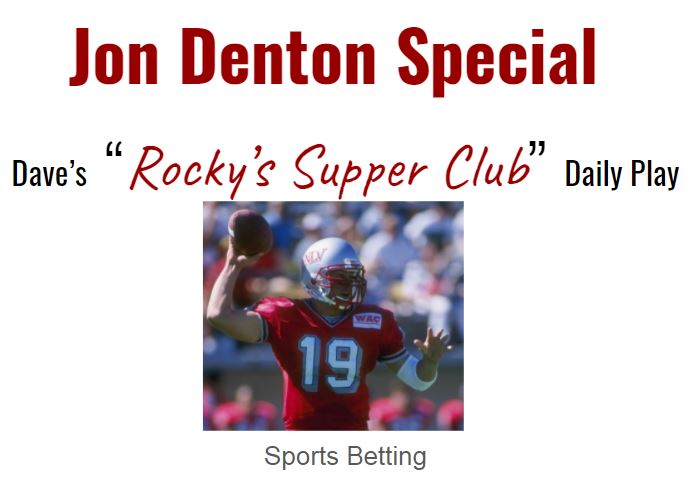 This morning our Sports Betting insider and former star QB for the UNLV Rebels Jon Denton detailed some of the available NFL Rookie prop bets, and landed on a couple he thinks have some tremendous value.

The first prop that Jon said he likes is on Trevor Lawrence for yardage and TD’s. His total is 4,150 yards passing (-112) at PointsBet and DraftKings, while it sits at 4,250 yards (-112) for customers of Unibet.  Consider this from Bookies.com:

Lawrence will be the focus of the Jaguars and – barring injury – he will be Urban Meyer’s starting quarterback in Week 1. Meyer loaded up on players from Big Name schools in the draft, starting with Lawrence and continuing with Lawrence’s Clemson teammate, running back Travis Etienne, with the 25th pick overall in the first round.

With only 4 rookie quarterbacks in the history of the NFL to throw for more than 4,000 yards (Baker Mayfield, Cam Newton, Justin Herbert, Jameis Winston), the odds are NOT in Lawrence’s favor to do the same. Adding to that Travis Etienne in the back-field and Urban Meyer most likely going out of his way to protect Lawrence, Jon says take the UNDER on Lawrence’s passing yards.

Staying in Jacksonville with the Jags, and taking a look at their other rookie, running back Travis Etienne, Jon see’s value in going OVER the prediction of 600 yards.

This market is open at PointsBet, where the over/under is priced at -115. We can find some value based on the preference the Jaguars will have using Etienne as a go-to during his rookie season. Each carry means one less potential hit on Lawrence. Etienne is a solid 5 feet 10 and 215 pounds and will be considered a dual threat in Meyer’s offense. He finished with 4,925 total rushing yards over his four years at Clemson.

For those who like math, the ask is merely 36 yards per game for Etienne over a 17-game season to hit the over on 600.5. If Etienne falls short of that total, the Jaguars will be far worse off than anyone chasing that number. Take the over.

Finally, in what Jon described his “Best Play” of the day, Jets rookie QB Zach Wilson is being hoisted up by oddsmakers with an Over/Under 3,874 yards in his first season. That Wilson is coming into his rookie campaign following a surgery on his (non) throwing shoulder, and playing under center with a Jets team that has one of the worst graded offensive lines, Jon says to jump all-over the UNDER 3,874 yards.

Playing for the New York Jets presents multiple challenges in any year. Here, Wilson comes from BYU – where he was relatively untested – and will be entering the full-throated fray of the Big Apple. The Jets jettisoned Sam Darnold after last season. Darnold threw for only 2,208 yards, playing in just 12 games. GM Joe Douglas has launched a franchise rebuild around both Wilson and new coach Robert Saleh.

Mike LaFleur joined Saleh from San Francisco as offensive coordinator. LaFleur can work wonders with Wilson, but the Jets will be a defense-first team for the time being. Running, possession and ball control will be focus, especially with the ferocity of defenses facing the Jets in the AFC East between New England, Buffalo and Miami.

Thanks to Jon Denton for his very nice ROOKIE SPECIAL and thanks to Bookies.com for some additional research in today’s Rocky’s Daily Play.