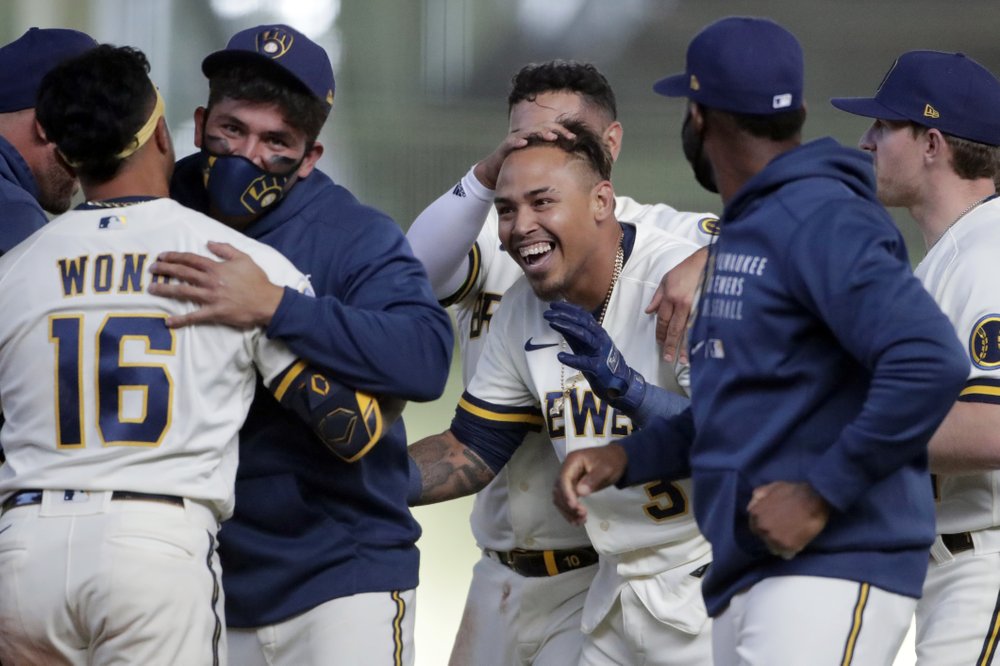 Arcia had been the Brewers’ starting shortstop from 2018-20, but was expected to split time between shortstop and third base this year in more of a utility role.

This move clears the way for Luis Urías to take over as the Brewers’ everyday shortstop. The Brewers had acquired the 23-year-old Urías along with pitcher Eric Lauer from San Diego in a November 2019 trade that sent outfielder Trent Grisham and pitcher Zach Davies to the Padres.

“The trade is a commitment to Luis Urías,” Brewers manager Craig Counsell said. “That is a commitment that we made. He has earned this and it’s an important time for him. He’s going to get a great opportunity here.”

“He’s kind of an up-and-coming guy,” Braves manager Brian Snitker said. “I was a little surprised he was available. Any time you can upgrade and add to depth at the shortstop position it’s really a good move.”

Arcia’s best moments have come in the postseason. Arcia has a career postseason average of .295 with an .879 OPS. After the Brewers and Chicago Cubs finished the regular season with identical 95-67 records in 2018, Arcia went 4 of 4 and scored two runs in a 3-1 victory in Chicago that gave Milwaukee the NL Central title.

“His star has shined the brightest in the biggest games that the Brewers have played in the last five years,” Counsell said.

Sobotka and Weigel will report to the Brewers’ alternate training site in Appleton, Wisconsin.

“We think this is a deal that made sense for both sides,” Brewers president of baseball operations David Stearns said. “We do think that continuing to ensure that we have the pitching needed to make it through this season is important. These are two guys with big, power arms — very big people in general — and we think they’ll be able to help us through the course of the season.”

TOP PHOTO: FILE – Milwaukee Brewers’ Orlando Arcia celebrates with teammates after driving in the winning run during the 10th inning of the team’s opening-day baseball game against the Minnesota Twins on Thursday, April 1, 2021, in Milwaukee. (AP Photo/Aaron Gash)