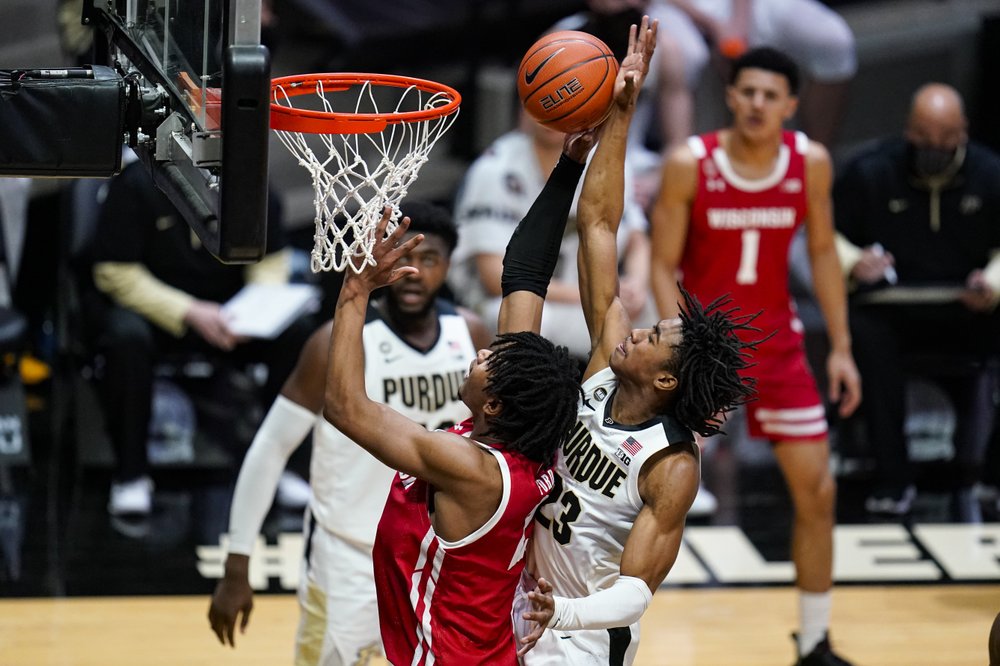 Nearly a career low in minutes Tuesday for La Crosse native Jonathan Davis, in another loss for the University of Wisconsin men’s basketball team.

Davis scored two points on 1-of-4 shooting in 16 minutes of action as No. 23 Purdue beat 25th-ranked Wisconsin 73-69. The 6-foot-5 freshman did have two blocks and two rebounds.

Off the other bench, 7-foot-4 freshman Jaden Ivey scored a career-high 21 points, including nine straight during one stretch, in 18 minutes to lead Purdue (17-8, 12-6 Big Ten).

Scoring just two points has happened only two other times this season for Davis, who also went scoreless one time.

The Badgers (16-10, 10-9) have lost four of five — all to ranked opponents. The lone win came to unranked Northwestern.

The regular-season finale doesn’t get any easier, as the Badgers take on No. 5 Iowa at 11:30 a.m. Sunday on FOX.