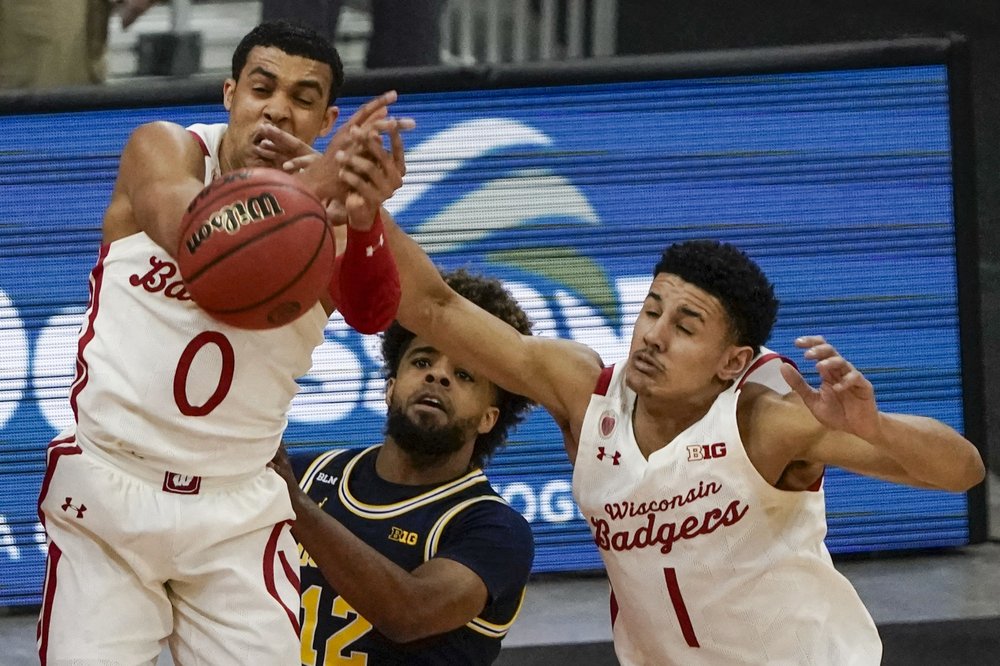 La Crosse’s Davis scores 11, but rest of Badgers go cold in 2nd vs. No. 3 Michigan

La Crosse’s Davis scores 11, but rest of Badgers go cold in 2nd vs. No. 3 Michigan

The University of Wisconsin men’s basketball team had one basket in the final 7 minutes, 45 seconds Sunday in a 67-59 loss to third-ranked Michigan at the Kohl Center.

Wisconsin hit four more free throws after Davis’ jumper, and were outscored 8-0 in the last 1:52.

The Badgers scored just 20 second-half points, after being up 39-27 at halftime.

Up next for Wisconsin, No. 15 Iowa on Thursday at the Kohl Center. Including Michigan, the Badgers play ranked opponents five of their final six regular-season games.