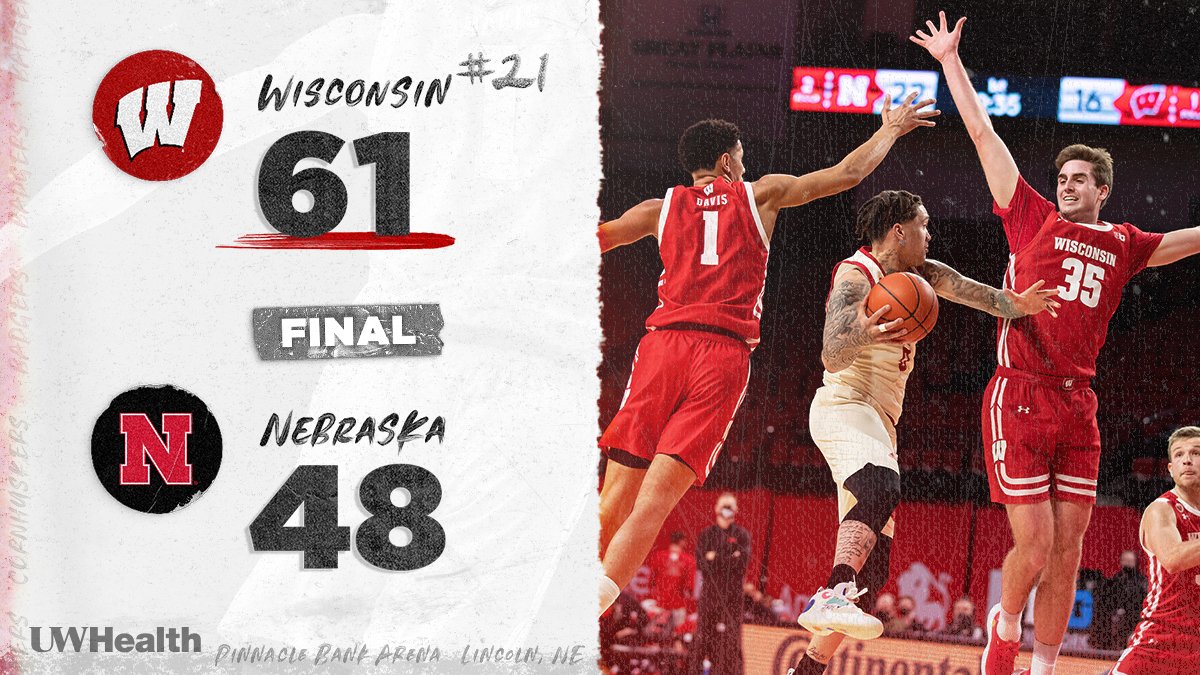 The freshman had 10 points in a University of Wisconsin men’s basketball team 61-48 win over Nebraska on the road.

The 21st-ranked Badgers (15-6, 9-5) led just 30-27 at halftime, but a Davis 3-pointer and a three-point play the old fashioned way helped the Badgers go up seven early in the second and they never looked back.

Davis was 4-for-7 from the field, 1 of 3 from deep and added three rebounds, two steals an assist and a block.

Wisconsin closes the regular season with five ranked opponents in six games, beginning with No. 3 Michigan on Sunday — the only team Davis went scoreless against in his young career. The Badgers lost last time to the Wolverines 77-54 on Jan. 12.