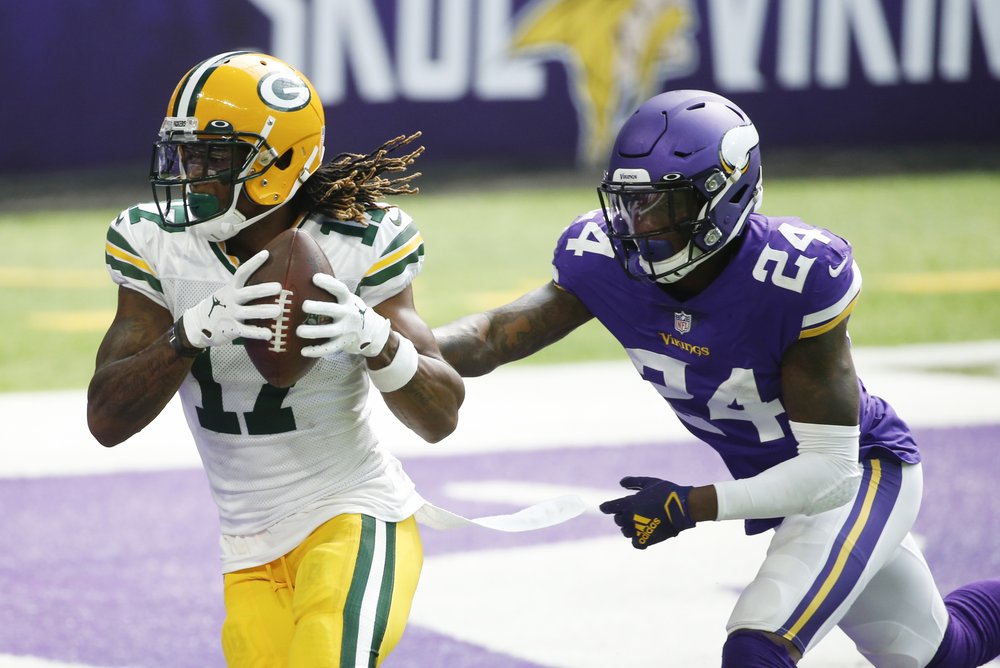 Green Bay wide receiver Davante Adams says he doesn’t know yet whether he’ll be able to play Sunday night at New Orleans after leaving the Packers’ previous game early with a hamstring injury.

“It’s too early to tell,” Adams said Wednesday. “It’s feeling better. I think we’re making good progress every day. But we’re just going to wait it out and see.”

Adams left the Packers’ 42-21 victory over the Detroit Lions in the second half and didn’t practice Wednesday.

Sunday night’s Packers-Saints game features two of the NFL’s most prolific receivers in Adams and New Orleans’ Michael Thomas, but injuries could prevent either guy from playing.

Thomas missed the Saints’ 34-24 loss at Las Vegas on Monday with an ankle injury. The Saints didn’t have practice Wednesday but were required to release an injury report, on which they estimated that Thomas wouldn’t have practiced.

Adams has 17 catches for 192 yards and two touchdowns through the first two games of the season. He ranks third in the NFL in catches and sixth in yards receiving. Adams had 14 receptions in a season-opening victory at Minnesota to tie Don Hutson’s 78-year-old franchise record for catches in a game.

“It’ll probably be a decision that’s made later in the week most likely, just to get a full assessment, give me the full amount of time I need to get right, to a real comfortable spot,” Adams said. “Obviously I don’t think we’re there just yet, but we’re making great strides on the way there.”

Packers coach Matt LaFleur was asked Wednesday whether he’d feel comfortable playing someone who didn’t practice during the week.

“I think it’s totally dependent on the player,” LaFleur said. “I think the guy or guys you’re talking about, we’ve got a pretty good idea what they can do. If we can get them to game day, they’ll play.”

Saints coach Sean Payton has declined to discuss Thomas’ prospects for playing since the two-time All-Pro receiver got hurt.

Thomas had three catches for 17 yards through most of a season-opening victory over Tampa Bay before he was rolled up on by Saints running back Latavius Murray in the fourth quarter and went limping off the field with an ankle injury.

Last season, Thomas set an NFL record with 149 catches in a season. His ability for using his strength to get open and hold on to contested balls were widely seen as contributing factors in Brees completing better than 74% of his passes each of the past two seasons. Thomas caught 80.5% of the 185 passes thrown to him by Brees or then-backup Teddy Bridgewater in 2019, and 85% of the passes that came his way in 2018.

In two games this season, Brees has completed 64.7% of his passes.