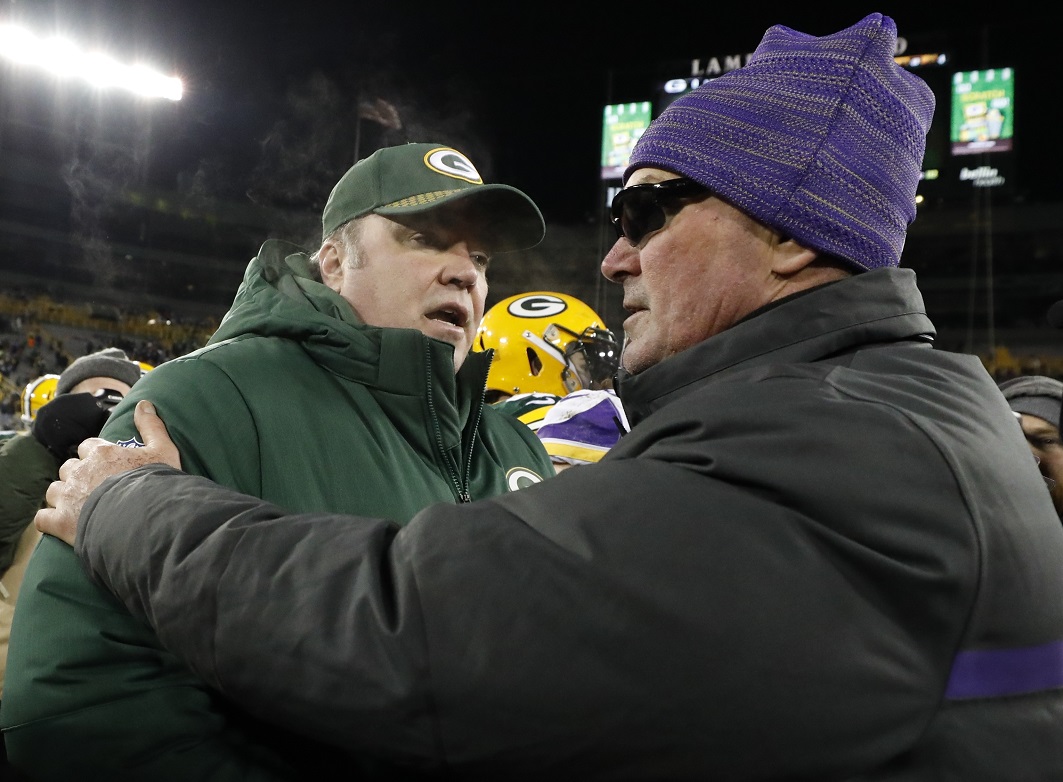 Packers left to try to avoid a losing record

Packers left to try to avoid a losing record

At this point, the Green Bay Packers are playing for pride and taking a look at potential contributors for next season — leaving the futures of players such as House, a veteran cornerback, in doubt going into the final week of the season.

“Last year during this time, I was wishing I could be back here,” House said following the Packers’ 16-0 loss to the Minnesota Vikings on Saturday night at Lambeau Field.

“If I can go out there and play, I’m going to play. This might have been my last game in Lambeau. (So) I’m glad I did play.”

A 2011 fourth-round pick by the Packers, House spent the previous two years with the Jacksonville Jaguars before being released following last season.

He drew free-agent interest from the Packers and the Pittsburgh Steelers and opted to return to Green Bay on a one-year deal that has him facing an uncertain future despite the Packers’ dearth of talent at this injury-ravaged position.

House played against the Vikings despite a lingering shoulder injury and two fractured bones in his back.

The fractures in his back forced him to miss last week’s loss at Carolina, in which quarterback Aaron Rodgers returned from a fractured collarbone with the Packers clinging to slim playoff hopes.

Eliminated from postseason contention shortly after that loss, the Packers shut down Rodgers and played Saturday night with backup Brett Hundley starting his eighth game of the season.

The Packers were also without No. 1 wide receiver Davante Adams (concussion) and lost right tackle Jason Spriggs (knee), wide receiver Jordy Nelson (shoulder), tight end Richard Rodgers (shoulder) and running back Aaron Jones (knee) to injuries on offense during the course of the game — contributing to their second shutout loss of the season.

That hadn’t happened since coach Mike McCarthy’s first season in 2006.

Hundley continued his struggles at home, completing 17 of 40 passes for 130 yards with no touchdowns and two interceptions for a passer rating of 30.2, his lowest of the season.

So perhaps it’s for the best that the Packers will close out the season next Sunday with a New Year’s Eve visit to Detroit.

Although McCarthy acknowledged Hundley “needed to play better” against the Vikings — “Probably one of his lowest grades of this year,” McCarthy said Sunday afternoon — the injuries and an alarming seven dropped passes didn’t help his cause.

McCarthy also said he did not consider a quarterback change and going with third-stringer Joe Callahan at any point.

“Every game has challenges, no excuse. But (Hundley) had to play uphill in some spots,” McCarthy said. “But I was not considering a change. It never crossed my mind.”

At 7-8 and looking to avoid their first sub-.500 finish since 2008 in Rodgers’ first year as the starting quarterback, McCarthy and his team are in an unfamiliar and challenging spot, trying to play to win while also wanting to get extended looks at players heading into next season.

McCarthy bristled at the suggestion that the finale would be an opportunity for 2018 auditions, though.

“I’m focused on winning the game. Preseason is long gone,” McCarthy said. “I have zero interest in trying to throw a guy a bone and get him a couple reps because it’s the end of the year. That does nothing for me. That’s not how you coach a team.

“Our focus is to beat Detroit. I’m not into the tryouts. Preseason is long, long gone.”