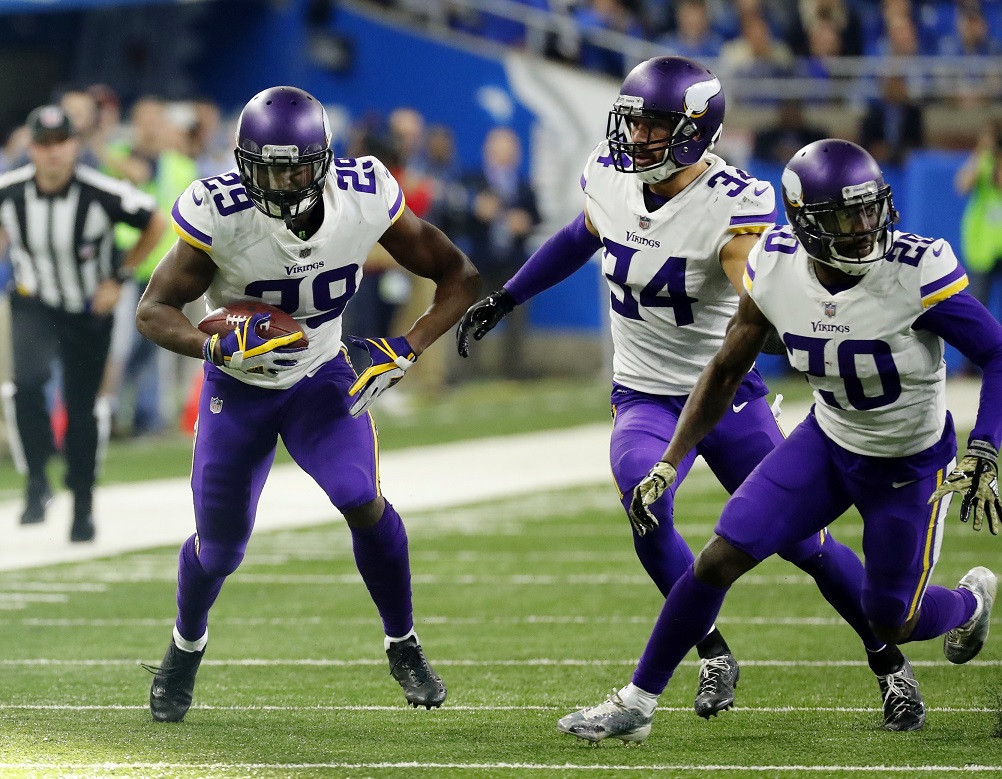 After 15 weeks of the NFL season, it’s time to acknowledge a whole bunch of items that have become apparent.

Some did so over the course of the schedule, and some became crystallized Sunday.

— The NFC is the place to go in the postseason.

Sure, Patriots-Steelers was entertaining Sunday. Whether it will be so in a month if the teams meet again, who knows?

It’s time to recognize the wide-open NFC is a can’t-miss prospect, from the wild-card round throughout.

The Eagles, despite major injuries, have showed spunk to go with impressive depth. The defense needs to get stingy again, but that offense, even with Nick Foles replacing Carson Wentz, is a challenge for everyone.

New Orleans hasn’t looked as strong recently, but it has Drew Brees, the most proven NFC QB likely to make these playoffs. For once, the Saints have a running game and an impressive D.

The other NFC South members probably going to the postseason, the Panthers and Falcons, are capable of beating anyone anywhere. Or losing to anyone.

The Packers quarterback is one of the best ever, headed for Canton. Watching him at Carolina on Sunday was almost as painful as the shots he was taking and the looks on his face after them. Yes, Rodgers is a courageous performer and leader, but with the Pack headed home on New Year’s Day (barring some major collapses throughout the NFC), let him fully heal for 2018.

— Jimmy Garoppolo is the real deal.

Hey, Niners, sign the guy this week to a long-term deal. He’ll be worth it.

— Teams get antsy and/or dumb when they play the Patriots.

Looks as if the AFC road to the Super Bowl will go through Foxborough again, but not because an opponent played with fear against New England. Many do, of course. And others make ridiculous decisions with a chance to beat Tom Brady and Company; think back to the two most recent NFL championships the Patriots won, against Seattle and Atlanta.

The Steelers had no fear Sunday. And they had some real bad luck once more; in the AFC title contest last January, they lost Le’Veon Bell early. This time, it was Antonio Brown.

Yet they were in position to win, or at worst, force overtime. But Ben Roethlisberger gambled when he didn’t need to — and lost.

“We’re not going to look back and second-guess anything or anybody,” Roethlisberger said. “We lost a game and I threw a pick in the end zone at the end of the game to lose it.”

Just as bad, the Steelers were in control in the fourth quarter and didn’t look comfortable. Happens all the time against the Patriots, especially for Pittsburgh.

— The Seahawks are out of control.

Pete Carroll is one of the NFL’s best coaches; nobody gets his guys to play harder. However, what Carroll has been getting for more than a month will cost Seattle a playoff berth, ending five straight appearances. The Seahawks commit far too many penalties, lose their minds over some flags, and are as undisciplined as any team. It’s a shame, because Russell Wilson has enhanced his game so much, but has little to show for it.

“No, there is nothing to be happy about. That was a really dismal performance by us,” Carroll said after getting hammered by the Rams, 42-7.

— Change must come in Ohio.

The Bengals sure seem to have quit on Marvin Lewis, the second-longest tenured coach with the same team in the league. It’s time for Cincinnati to move on from the coach who is 0-7 in the playoffs and whose team has regressed in all facets.

It’s even worse across the state in Cleveland. In a league where teams commonly leap from the bottom toward the top — the Eagles, Rams, Jaguars and Saints this year —the Browns remain bottom feeders. Unless they pull a repeat of 2016 by winning their 15th game after 14 straight defeats, they’ll almost certainly match Detroit’s 0-16 ignominy of 2008.

Who should go? Downtrodden Cleveland fans will sum it up succinctly: “Everyone.”

0
0   0
previous McCarthy doesn’t rule out Rodgers playing against Vikings
next Aaron Rodgers out for season, placed on IR
Related Posts