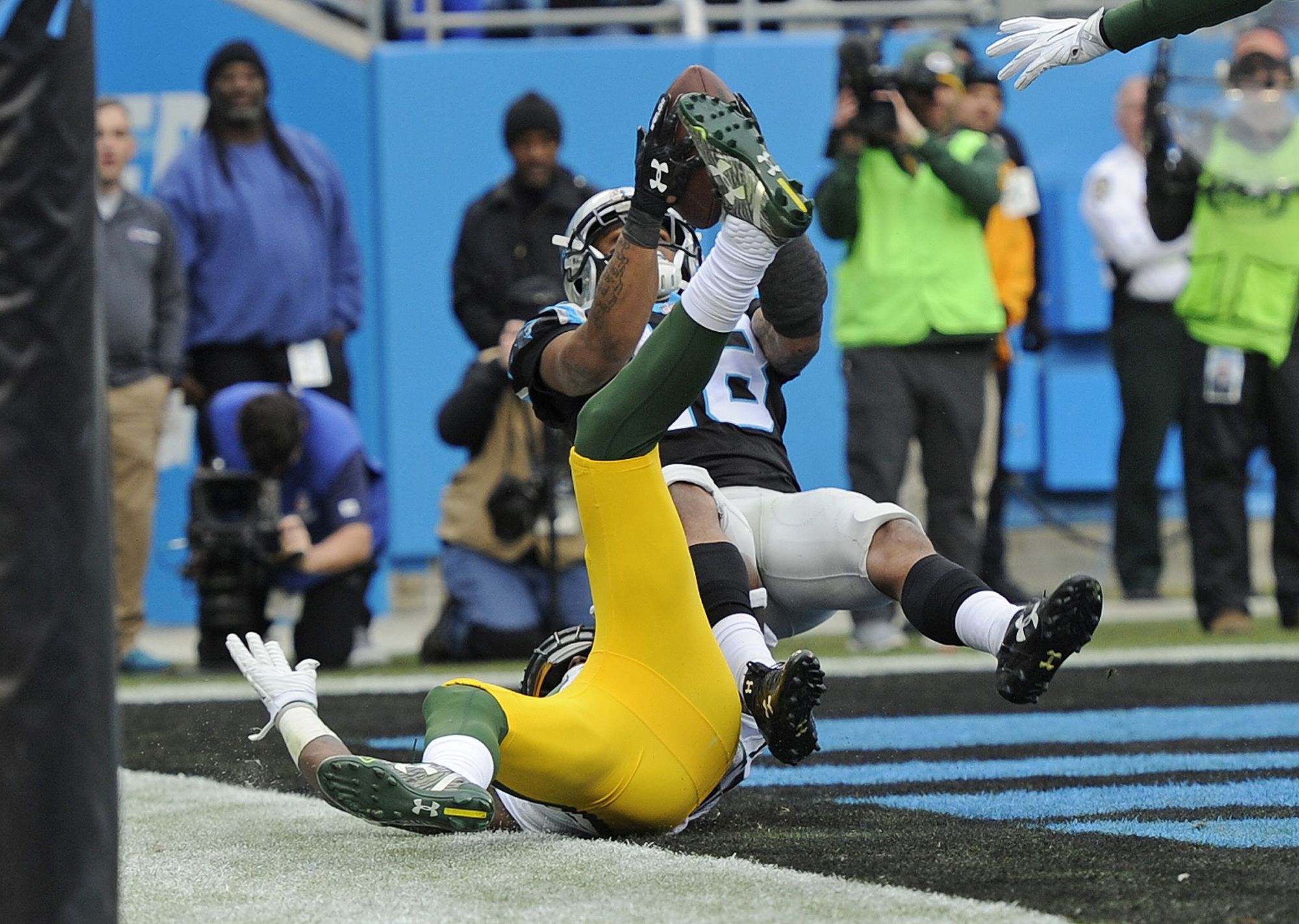 Packers playing without chance for playoffs

Packers playing without chance for playoffs

GREEN BAY, Wis. (AP) — This will be a strange couple weeks in Titletown.

The Green Bay Packers’ streak of eight straight postseason appearances is over. Quarterback Aaron Rodgers is done for the year after he was placed on injured reserve Tuesday.

Rodgers threw for three touchdowns and tossed three interceptions in Sunday’s 31-24 loss at Carolina in his return from a broken collarbone. Coach Mike McCarthy said there were no setbacks with Rodgers’ injury, but it made sense to shut him down.

“He took a number of hits. With all the factors involved, we felt this was clearly in Aaron Rodgers’ best interest,” McCarthy said. “He’s not happy about it. It’s a hard day for him.”

It’s an unusual time for the team as a whole.

The Packers last missed the playoffs in 2008, which was Rodgers’ first season as the starter. They’re not used to playing games this late into December without postseason implications.

Atlanta’s win over Tampa Bay on Monday night sealed Green Bay’s fate in the NFC wild-card chase. Packers receiver Randall Cobb dozed off in front of the TV while watching the game and woke up on Tuesday morning to difficult news.

“It’s very disappointing. You never want to be in this situation,” Cobb said, “but we are.”

The Packers managed to go 3-4 in games started by backup quarterback Brett Hundley to keep their playoff hopes alive while Rodgers was out. With Rodgers done, Hundley will take over again as the starter Saturday against Minnesota, and the Packers re-signed Joe Callahan to be his backup.

The last three games of the year figured to be tough with or without Rodgers. He was knocked out in Week 6 after landing on his right arm after a hard hit outside the pocket by Vikings linebacker Anthony Barr.

“I mean you can’t go out there trying to take someone out like that. Just play ball, we don’t really think about it too much,” left guard Lane Taylor said when asked if the team was motivated by another opportunity to face Barr.

So the Packers are in the unusual position of possibly playing the spoiler role. Their final foe, the Detroit Lions in Week 17, also remains in the chase for a wild-card spot.

An early end to a season for a team perennially considered a Super Bowl contender could spark more change in the offseason, especially on defense. The Packers haven’t had consistent pass-rushing punch on the edge, a group led by outside linebacker Clay Matthews and Nick Perry.

Injuries have also have decimated the Packers at cornerback, which was already a question mark. They were without starters Kevin King and Davon House last week against Carolina due to shoulder injuries.

“You know we had ups and downs. We didn’t play as good as we should have, and what we’re capable of,” Perry said. “We didn’t get the job done this year. I’m pretty sad about it. The only thing we can do now is just look forward and just move in the right direction.”

They’ll have to do it without Rodgers over the final two weeks. When asked, McCarthy said there was no second-guessing about playing Rodgers last week.

“I think we all cringed when he took that first hit and frankly when he took the one from behind on the full fake,” McCarthy said. “That’s a bad hit on a good day, when you’re completely healthy, not coming off what he went through to get back for that game.”

NOTES: WR Davante Adams, who is in the concussion protocol after a helmet-to-helmet, blindside hit by Panthers LB Thomas Davis on Sunday, looked good as he walked around the locker room and spoke to teammates. Davis was suspended for one game by the NFL. “Excuse my language, but there’s no place in this game for that,” Cobb said after cursing. “It’s already a violent enough game, and we put our lives on the line every single time we take that field.” … The Packers did not practice on Tuesday but listed Perry (ankle/shoulder), Matthews (hamstring), G Jahri Evans (knee) and Adams as players who would not have participated.