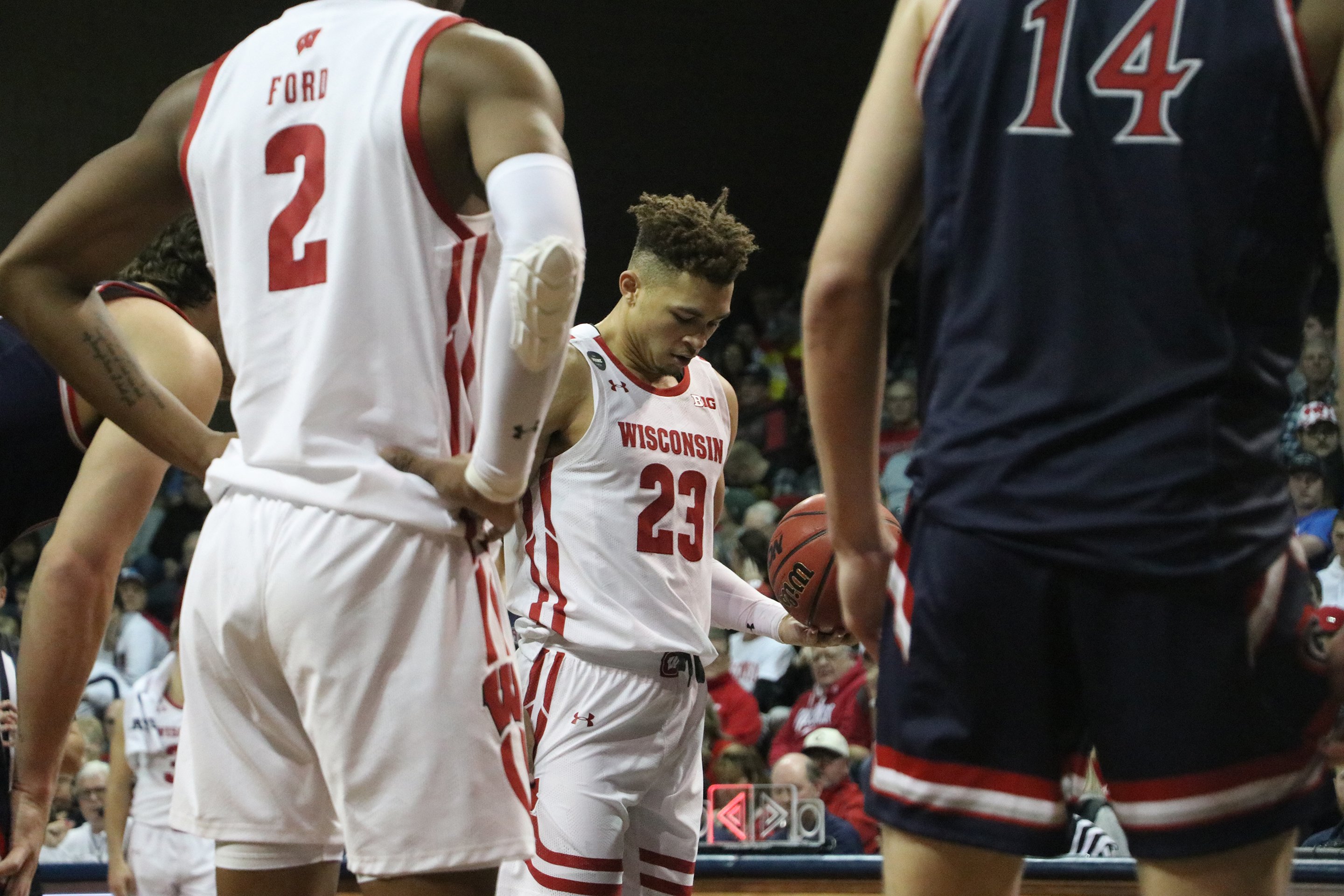 La Crosse’s King quiet, as Badgers fall to No. 20 SMU in OT

La Crosse’s King quiet, as Badgers fall to No. 20 SMU in OT

Up one in overtime, King committed a turnover with 1:19 remaining that led to an SMU layup, the lead, which Wisconsin never got back.

King, a La Crosse, Wis., native, scored six points, going 1-for-2 from the field and 4 of 7 from the free-throw line. He added four rebounds and an assist but also had four turnovers.

The Badgers, who play Eastern Illinois on Friday, got out to a well enough start, up 17-9. The Gaels answered with a 21-3 run and never trailed again, except for a brief period in overtime.

Aleem Ford tied the game with 52 seconds left in regulation but missed a 3-pointer at the buzzer, after SMU had two chances to win it — one rejected by Nate Reuvers.

Down 64-63 in overtime with under a minute to go, the Reuvers missed a go-ahead jumper.

SMU ran the clock down to six seconds, missed a jumper but got the offensive rebound and hit 1 of 2 free throws to go up two with 4.4 seconds left.

After that second miss, Ford got the rebound and lauched a deep 3-pointer for the win at the buzzer.

Saint Mary’s outrebounded Wisconsin 36-28, including 13-7 on the offensive end.

D’Metrik Trice, Wisconsin’s top-returning scorer, finished with 10 points on 3-of-7 shooting. He missed his only field goal attempt in the first half. His first basket was a 3-pointer early in the second half.

0
0   0
previous Maxey leads No. 2 Kentucky past No. 1 Michigan State 69-62
next LOAD MANAGEMENT: Don't get too excited for Bucks-Clippers, Giannis-Kawhi tonight
Related Posts