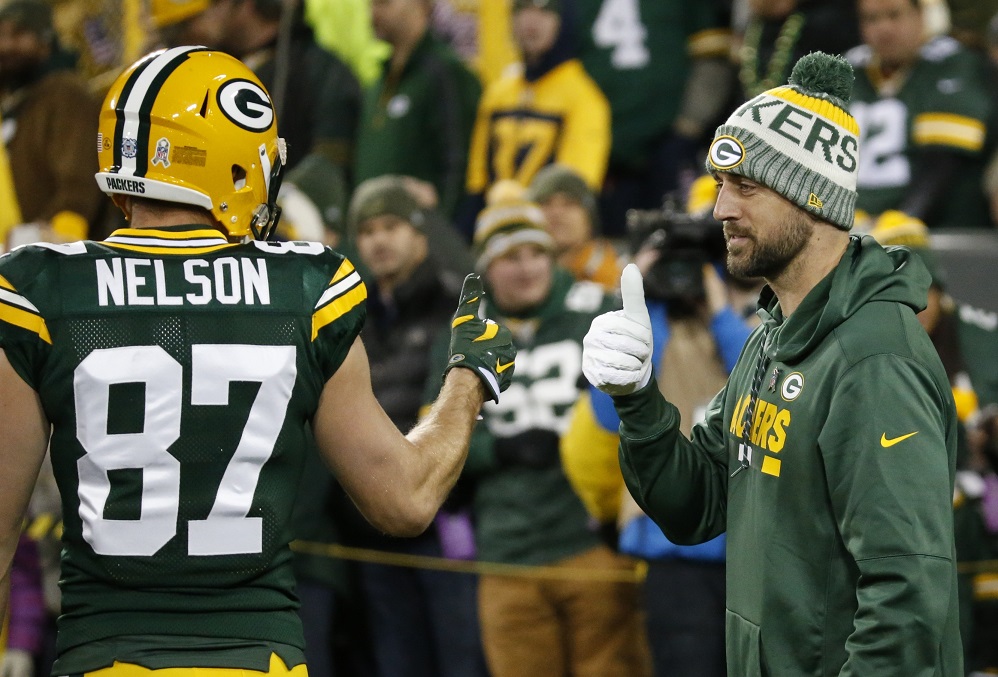 Jimmy Graham in, Jordy Nelson out and other NFL things

Jimmy Graham in, Jordy Nelson out and other NFL things

Not long after the news that Jimmy Graham was going to sign with the Green Bay Packers, another report says Jordy Nelson will be cut.

Also affecting the Packers is Kirk Cousins signing a 3-year, $86-million deal with the Minnesota Vikings. That could set the table for Aaron Rodgers’ negotiations. The 34-year-old will be a free agent after next season.

The Cousins’ signing comes after news that every Vikings quarterback from next season will be headed elsewhere.

Other free agents the Packers were interested in that have reportedly come off the market today, before free agency officially begins Wednesday, include Allen Robinson going to Chicago (3 years, $42 million) and Sammy Watkins to the Chiefs (3 years, $48 million).