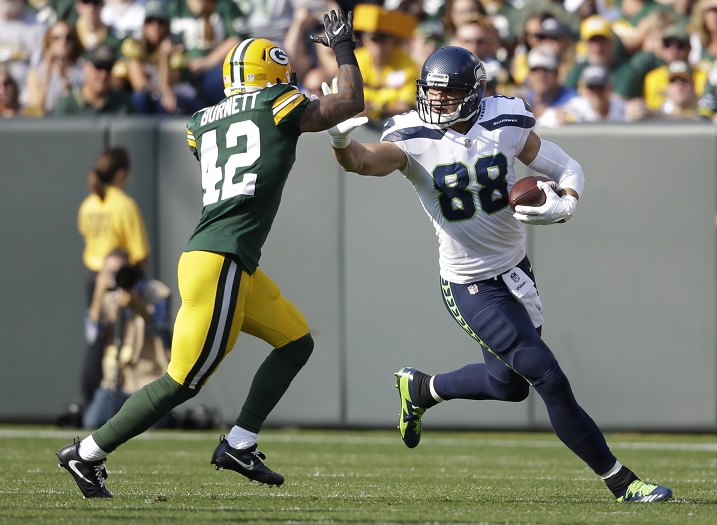 With Ted Thompson no longer the general manager, it looks as though the Green Bay Packers are rumored for every free agent in the NFL.

At the top of the list for new GM Brian Gutekunst, is 31-year-old Jimmy Graham. The Saints also appear to be interested in their old tight end.

The Packers also are showing interest in wide receiver Sammy Watkins and Allen Robinson, according to the NFL Network.

Interesting options that could lead the team to cut either Randall Cobb or Jordy Nelson, having just signed Davante Adams long term.