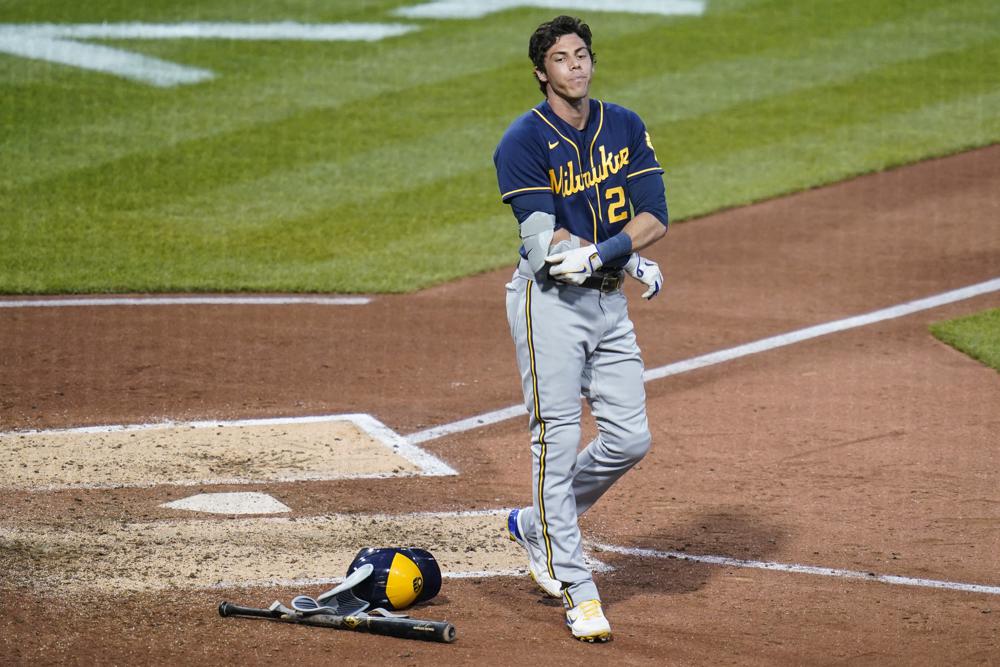 MILWAUKEE (AP) — In the week since trading of four-time All-Star closer Josh Hader, virtually nothing has gone right for the Milwaukee Brewers.

They owned a three-game lead in the NL Central when they sent Hader to the San Diego Padres, but have gone 1-5 since and trail the streaking St. Louis Cardinals by two games.

“It’s easy to go out and make excuses,” reigning Cy Young Award winner Corbin Burnes said Sunday after a 10-inning, 4-2 loss to the Cincinnati Reds. “That’s the easy route, is to make excuses for the way we played this last weekend and blame it on someone else. But we’ve got to point the fingers at ourselves here.”

If the season ended Monday, the Brewers would miss the playoffs for the first time since 2017 — 1/12 games behind the Padres in the race for the final wild-card spot.

The Brewers struggled against two of the NL’s weaker teams, losing three straight at Pittsburgh despite leading by multiple runs in the sixth inning or later in each game and then losing two of three at home to the Reds.

“We didn’t have a good week, but we have to look forward because we have a lot of baseball left,” manager Craig Counsell said. “The season is going to throw you things that you don’t like.”

Milwaukee’s schedule is about to get tougher: a 15-game stretch that includes a three-game series at St. Louis and seven meetings with the Los Angeles Dodgers, who own baseball’s best record.

Coincidental or not, the Brewers’ issues began immediately after they dealt Hader for pitchers Taylor Rogers and Dinelson Lamet, outfield prospect Esteury Ruiz and pitching prospect Robert Gasser. ( Lamet was designated for assignment and claimed by the Colorado Rockies.)

The Brewers later acquired relievers Matt Bush and Trevor Rosenthal in separate deals. Rosenthal hasn’t pitched since 2020 due to injuries but could return by the end of the month.

Brewers principal owner Mark Attanasio and president of baseball operations David Stearns have said trading Hader wasn’t a cost-cutting measure, but rather that they believed they could get a better return now than in the offseason. Hader makes $11 million this season, is eligible for arbitration in the offseason and could become a free agent after 2023.

But without Hader, the bullpen hasn’t performed well, and a playoff bid isn’t for certain.

All-Star reliever Devin Williams’ string of 30 consecutive scoreless appearances ended when he allowed a walk-off homer to Pittsburgh’s Bryan Reynolds two days after Hader’s departure. Bush has given up four runs — three earned — over 2 1/3 innings since joining the Brewers and threw a wild pitch to end another 10-inning one-run loss at Pittsburgh on Thursday. Rogers yielded a go-ahead run in the eighth inning Sunday.

The Brewers also have dealt with bad luck. After they designated reserve catcher Pedro Severino for assignment Wednesday, starting catcher Omar Narváez strained his left quadriceps and landed on the injured list.

Outfielder Hunter Renfroe believes in the bullpen, saying he doesn’t believe there’s a hangover effect from the trade-deadline moves.

“I think Hader obviously was a lifeblood of the team,” Renfroe said. “He did a great job for us for a long time. It’s one of those things where, you lose a closer like that, it’s going to be tough for you for a little bit, but I think Devin’s got the stuff that he can come out there, step forward and do what he needs to do.”

If the Brewers stay afloat over the next month, their schedule provides the opportunity for a late surge — they play 20 of their last 26 games at home. And they’ve withstood rough patches before, dropping eight straight games from June 3-11 but regaining the division lead later that month.

“We know what we can do out there,” Burnes said. “So it’s just a matter of getting things going back on track.”

TOP PHOTO: Milwaukee Brewers’ Christian Yelich (22) tugs at his padding as he reacts to striking out swinging for the last out of the top of the fifth inning of the team’s baseball game against the Pittsburgh Pirates on Tuesday, Aug. 2, 2022, in Pittsburgh. (AP Photo/Keith Srakocic)