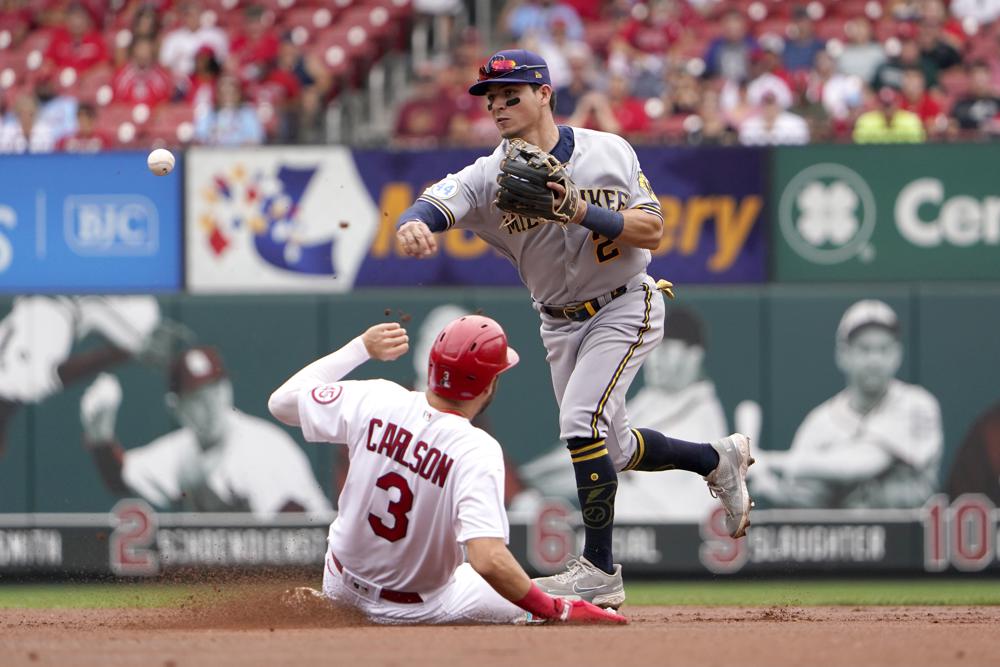 Brewers bring win streak into game against the Cardinals

Brewers bring win streak into game against the Cardinals

BOTTOM LINE: The Milwaukee Brewers will try to keep a three-game win streak intact when they play the St. Louis Cardinals.

St. Louis is 24-20 overall and 11-10 at home. Cardinals hitters are batting a collective .254, the fourth-best team batting average in MLB play.

Milwaukee has a 29-16 record overall and a 15-10 record on the road. The Brewers have a 22-2 record in games when they have more hits than their opponents.

The teams meet Friday for the sixth time this season. The Brewers are ahead 3-2 in the season series.

TOP PERFORMERS: Paul Goldschmidt has a .348 batting average to rank second on the Cardinals, and has 16 doubles and eight home runs. Tommy Edman is 14-for-42 with four RBI over the past 10 games.

Rowdy Tellez has 11 doubles, nine home runs and 33 RBI for the Brewers. Tyrone Taylor is 9-for-32 with a double, three home runs and 12 RBI over the last 10 games.