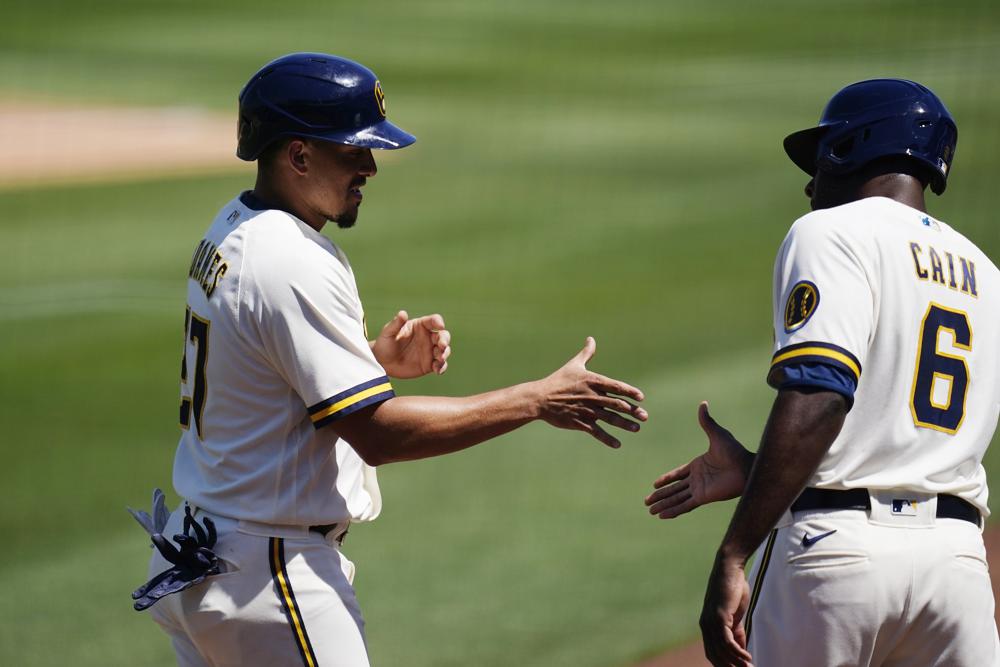 As a few of their division rivals lost notable players, the Brewers kept the nucleus of a team that won 95 games a year ago. They believe they have a roster capable of making franchise history by winning a second straight divisional title and competing for their first World Series appearance since 1982.

But they didn’t want to look that far ahead on the eve of their season opener Thursday with the Chicago Cubs in Wrigley Field.

“You can’t really set expectations of, ‘Hey, we want to win this many games and make the World Series,’ “ reigning Cy Young Award winner Corbin Burnes said. “If you start doing that, you’re putting pressure on yourself.”

The Brewers’ division looks quite a bit different than it did this time a year ago.

That leaves the St. Louis Cardinals as the Brewers’ most imposing division rival heading into the season. The Cardinals fired manager Mike Shildt and replaced him with Oliver Marmol after going 90-72 and losing to the Los Angeles Dodgers in a wild-card game last season.

The closest the Brewers have come to winning back-to-back division championships was in 1981-82. The 1981 team won the AL East second-half title and had the division’s best overall record when a strike that year resulted in a split-season format, but they lost to the first-half champion New York Yankees in the playoffs.

“I feel like the mentality of this year is just being in the present, forget about the future and just be the best version of yourself every day,” shortstop Willy Adames said.

Milwaukee has reached the playoffs each of the last four years. Before this streak, the Brewers had made a total of just four postseason appearances in the history of a franchise that launched in 1969 as the Seattle Pilots.

There’s plenty of reason to think this team can make it five straight.

Burnes and fellow All-Stars Brandon Woodruff and Freddy Peralta head a rotation that ranks among baseball’s best. The Brewers also have one of the game’s top closers in three-time All-Star Josh Hader. The Brewers are confident the additions of 2013 NL MVP Andrew McCutchen and Hunter Renfroe can boost a lineup that struggled with consistency last year, though a bounce-back season from 2018 NL MVP Christian Yelich also would help.

“We know how good we can be,” second baseman Kolten Wong said. “We know the talent we have in that lineup and really haven’t seen it all together. There’s definitely some excitement about that collectively throughout the team. We’re just ready to go.”

McCutchen said the Brewers’ recent success played a major role in his decision to come to Milwaukee. While speaking at a news conference Wednesday, McCutchen noted that his legs were shaking as he sat at a table because he was so excited about the upcoming season.

“With the amount of talent we have up and down the order, if guys go out and they can be themselves, I think the sky’s the limit for our team,” McCutchen said.

0
0   0
previous Bob Uecker on the call Thursday for Cubs-Brewers season-opener; Tune in on WKTY
next Ian Happ gets 3 hits as Cubs beat Brewers 5-4 on opening day
Related Posts